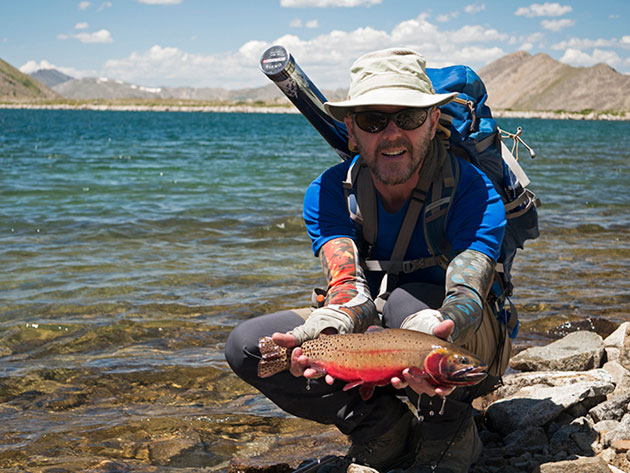 The payoff for long, hard hikes into the rockies can be glorious, colorful cutthroats.
All photos courtesy Jon Hill

Last week, we made a four-day trip into the Rocky Mountains and did quite a bit of hiking and fishing. Tom, Shawn, Carper, and I hiked and bushwhacked into multiple lakes in a section of the San Isabel National Forest. We hiked over 7300 vertical feet and fished six lakes, small streams and beaver ponds. We caught six species of fish: rainbows, cutthroats, cuttbows, brookies, golden trout, and grayling. Two of the lakes aren’t even named on a map, two of the lakes had no trail to them, and one lake was more of a small pond; we were shocked to even find fish in it. Three of us caught our first grayling along with all the other fish we were lucky enough to net. I must ssay that we picked some good blue areas on the map and had some great days of hiking and fishing. 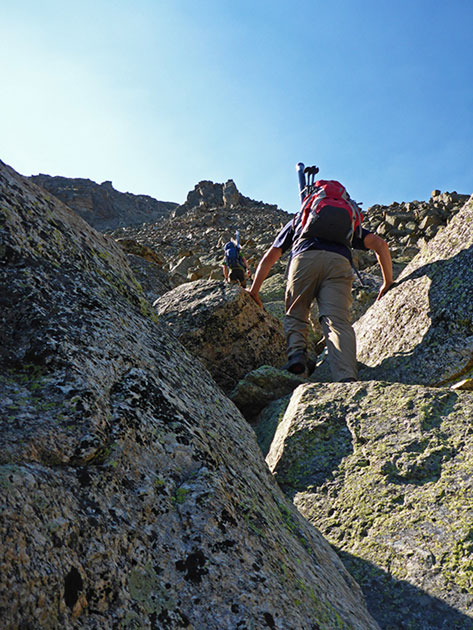 Sometimes, getting there is half the fun. . .unless you don’t find any fish.

Whenever I share my stories or photos or videos, it’s inevitable that I am asked about location. Quite often my answer is that it doesn’t matter, which can make some folks angry. What I mean to get across is that it doesn’t matter because there are hundreds, if not thousands, of places in Colorado to go explore. There are over 3,000 high alpine lakes in Colorado, and my friend Shawn has fished roughly 350 of them if you can believe that. All of these lakes have streams and beaver ponds, and most are stocked every other year. So instead of asking where I am every time I go fishing, people should honestly just pull out a map, look for some blue, find a trail in the area, and go try it out.

It’s hard to beat the solitude and scenery of the hgih country. 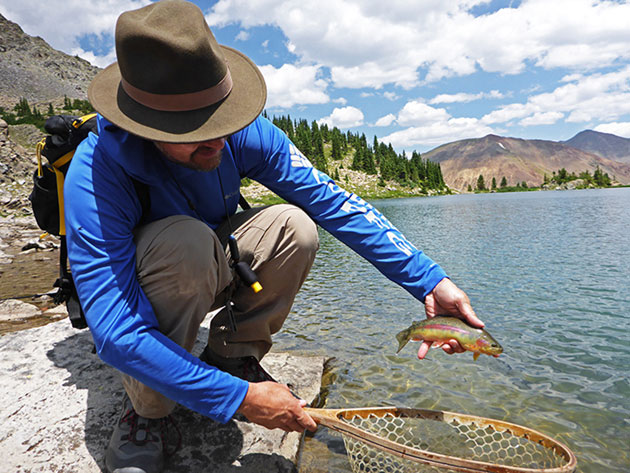 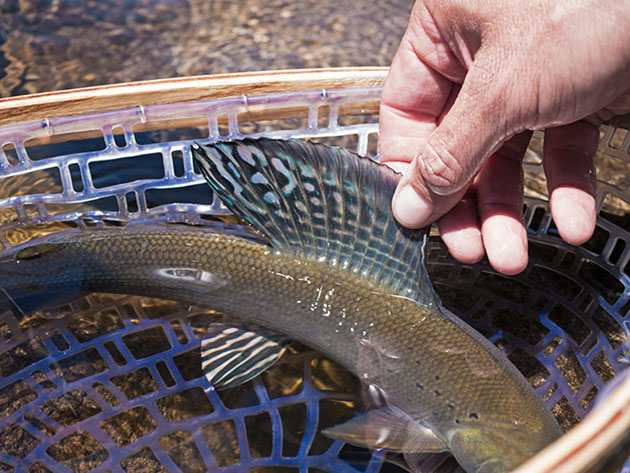 Grayling were the big hit of this adventure, as three of us caught our first. 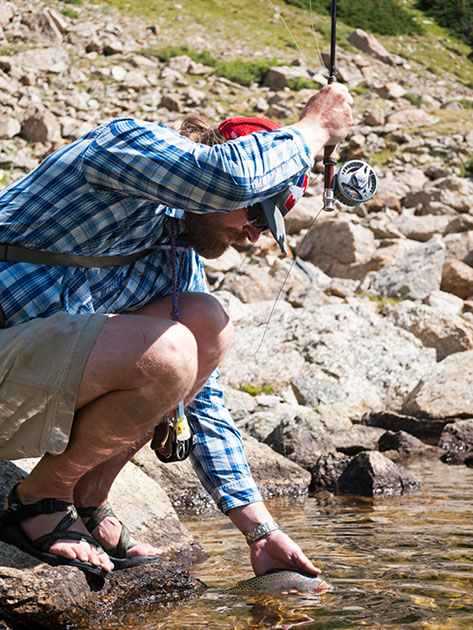 After climbing up, you often have to head back down to fish these lakes. 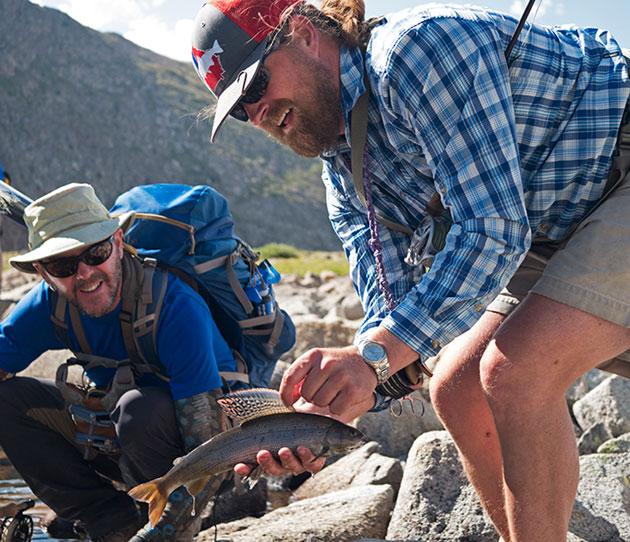 Carper admires the impressibe dorsal fin of a grayling. 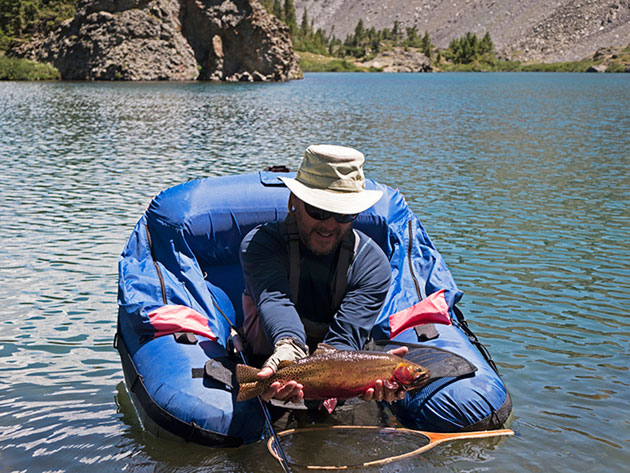 These lakes can hold some pretty sizable trout. 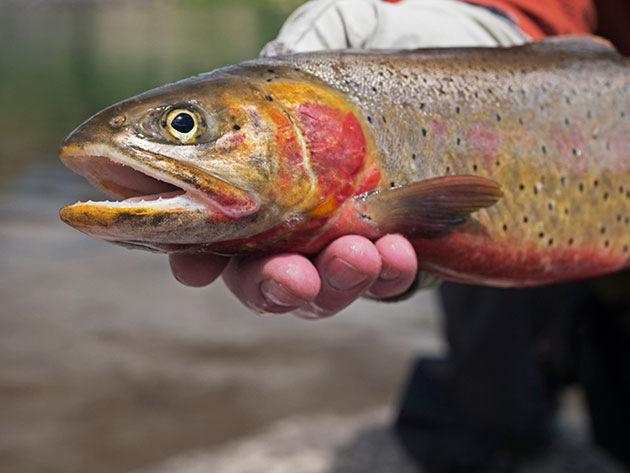 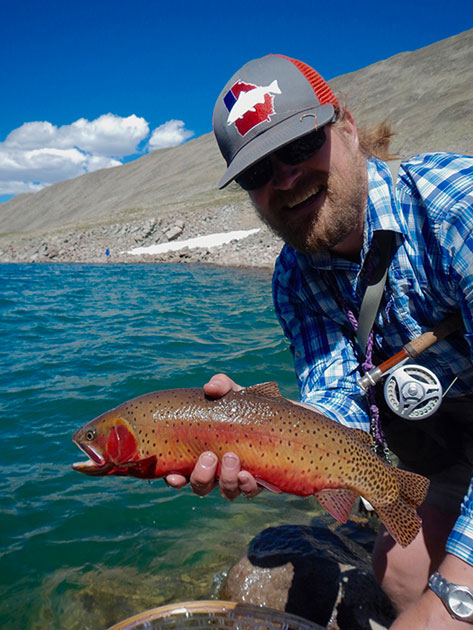 And then Carper followed up with this trophy.

The drop-off in the foreground looks awfully fishy. . . . 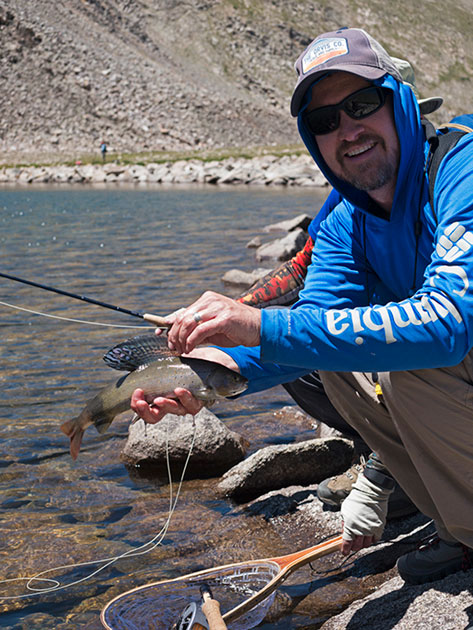 Another happy grayling angler who will be back for more. 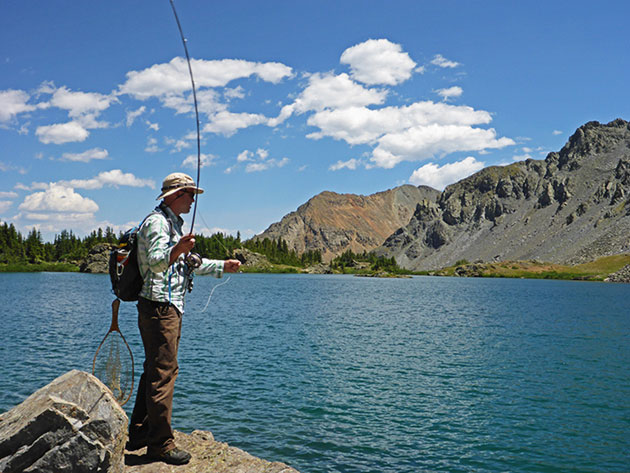 The author goes for another one with his favorite Recon fly rod.

6 thoughts on “Photos: A Multi-Species Trip into the Colorado High Country”