Prior to last year’s trip to Placencia, Belize, I stopped by the Orvis Flagship store in Manchester, Vermont to pick up a few crab flies. It was the first time I had seen the Grand Slam Crab, and it looked so good I bought both the size 4s and 6s.

On my first day out with my guide, Bruce Leslie, he was a little skeptical about me using a new fly that he had not tried on permit before. It didn’t take long before we spotted a small school of permit on the flat, and I dropped a size 4 GSC in front of his nose. The fish saw it immediately and didn’t hesitate, grabbing the fly on the second small strip. What a great fish! 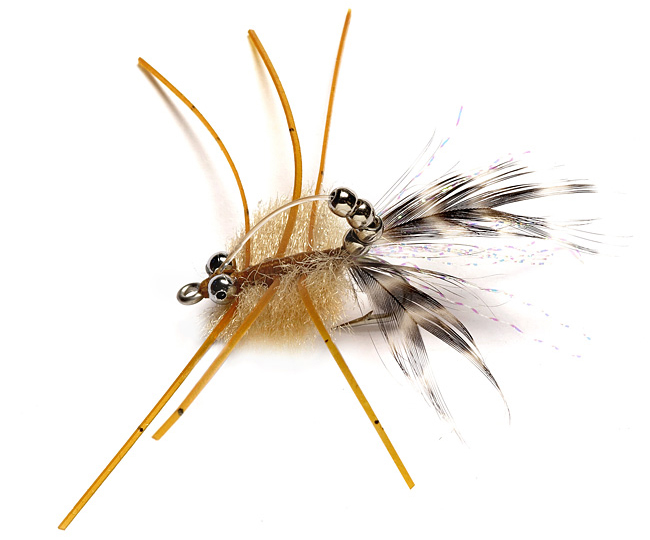 The Grand Slam Crab has been a favorite among saltwater anglers for several years.
Photo via orvis.com

Not much later, we spotted what Bruce described as “a fish of a lifetime.” That got my heart pumping, as I dropped the same GSC in front to him and watched his tail slice through the water. He grabbed the fly, I set the hook, and he was off to the races. It was an enormous permit, and he was close to spooling me when my line went slack and my heart sank. Bruce had to take a break from poling, as his legs were shaking too hard for him to stand on the platform.

But we pressed on and had a few more follows that day but no fish landed.

When I made my plans with Bruce for this year’s trip, he reminded me to bring the “secret fly.” No doubt, I had already been to the Manchester store to stock up. 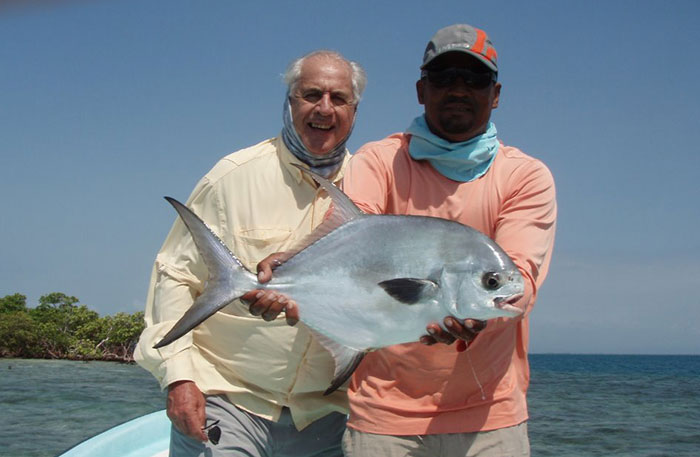 Joe fell in love with the GSC last year, when he landed several but lost a fish of a lifetime.

Big winds and heavy seas reduced my fishing time to one day but I made the most of it. Once again the Grand Slam Fly came through, and I landed the only permit we saw that day. I have since sent some OGSC flies to a few friends who chase permit in Placencia and they have had incredible success as well.

The Grand Slam Crab. . .don’t leave home without it.

Joe Carabello lives in New Jersey and Vermont, where he can often be found on the Battenkill.

One thought on “Photos: Of Crabs and Permit in Southern Belize”