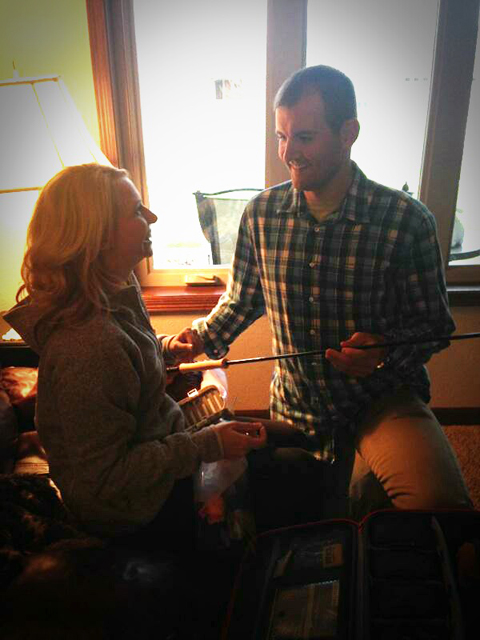 These photos and email (below) come from Orvis customer Nick Bentele. But first a little background: According to Matt Dooley, who runs the Rod & Tackle department at the Orvis Roanoke facility, Nick wanted to propose to his (then) girlfriend and chose to use Orvis as a vehicle for that. He built her a Helios 2 8-weight and got her an Access reel with redfish line to go on it. He put the ring in one of our fly boxes.

I had been talking about the H2 for weeks. She was getting annoyed. Then the Orvis podcast came out featuring the H2. I told her on Monday that I was going to buy one, and she said we had to discuss it first. Then last night, after dinner, I told her we needed to talk about the rod. She was irritated and annoyed even before I pulled the rod out of my travel case. When I started assembling it, she began to fume. She refused to look at me or the rod after repeated attempts for me to hand it to her. Finally, her 11-year old son encouraged her to read the inscription. Then came the tears…

A lot can be learned by observing someone in shock. I expected the surprise to catch her off guard but thought I would hear questions like “Really? We are getting married? Do you mean it?” Instead the questions that sped around her head and out of her mouth were, “Really? The rod is mine? We are going redfishing?”

I think I made two good decisions.

We wish them the best of luck, on their redfish trip and their impending nuptuals! 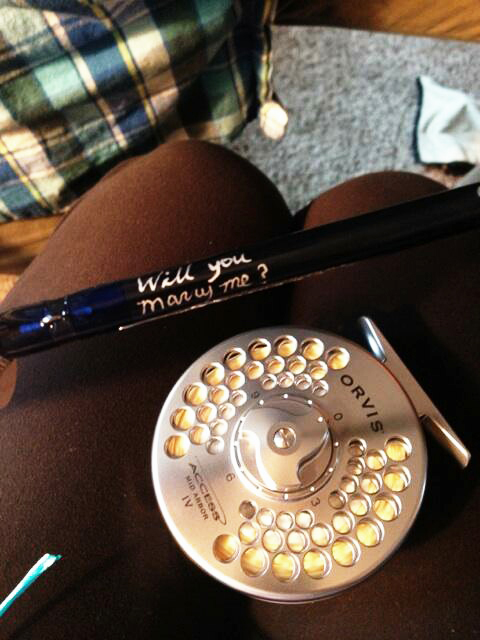 The inscription on the rod served as Nick’s proposal.
Photo courtesy Nick Bentele

13 thoughts on “Photos of the Day: A Helios 2 and a Modest Proposal”