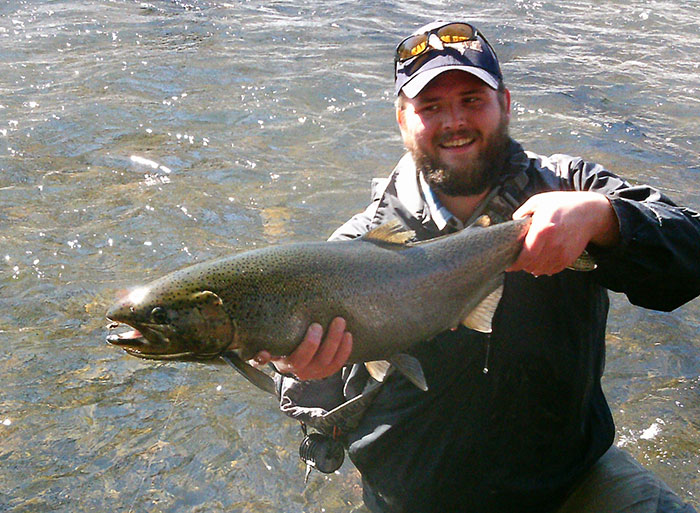 When the water is low and clear, you need to rethink your tactics, and Kubie Brown’s idea to swing nymphs paid off.
Photo courtesy Kubie Brown

On my day off last week, I saw that the weather was going to be in the high fifties. I was feeling frisky after the long winter, so I drove up to the Salmon River hoping to use my new switch rod to swing some streamers for spring steelhead.

When I arrived, the river proved to be so low and clear that fishing streamers just wasn’t getting the job done, so I settled on “swymphing” or swinging large nymph patterns across the tailouts of the deeper pools I found. It proved to be the right decision when my Silly Leg Stonefly was slammed by this beauty. Aside from a small brown, it was the only fish I landed all day, but it totally made the eight hours of driving on my day off worth it!

Kubie brown works in the Fishing department of the Orvis Flagship Store in Manchester, Vermont.

One thought on “Photos of the Day: A Swymphed-Up Steelhead”