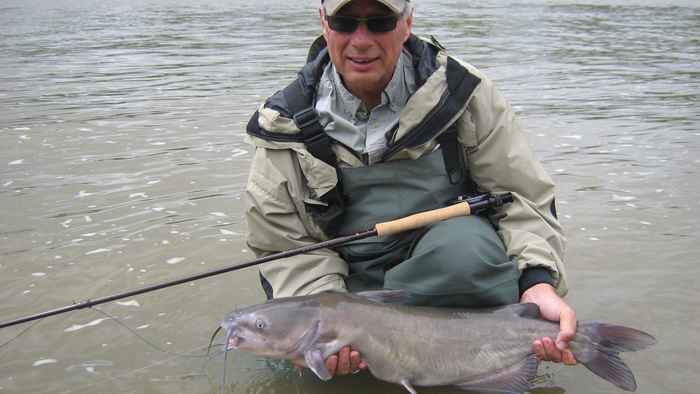 Stu with a sweet catfish, taken on the DDH Leech.
All photos courtesy Stu Thompson

[Editor’s Note: We’ve posted a couple of times about Stu Thompson, who catches all kinds of crazy fish in Manitoba. (See here.) Below is an update he emailed in last week.] 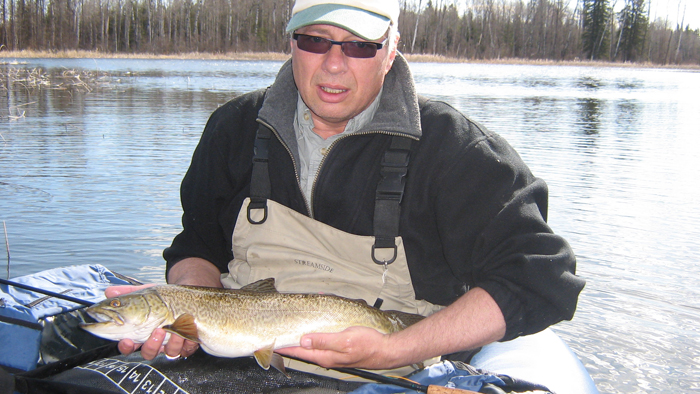 He does, occasionally, fish for trout, too, and here’s a big tiger.

I’ve had not too bad a year. The fishing in Manitoba was unreal, as anglers were catching big browns, rainbows, brookies, tigers, and all the other types of fish we have. So here is a variety of shots of fish taken on the DDH Leech and even some smallmouth bass on poppers.

This smallie ate a surface popper. 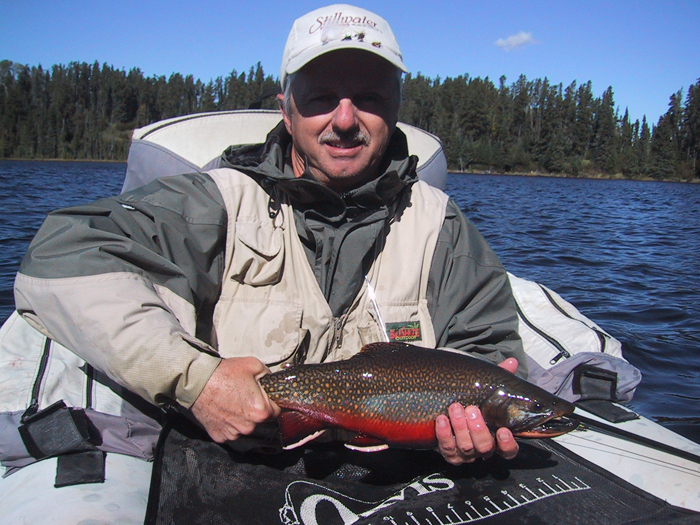 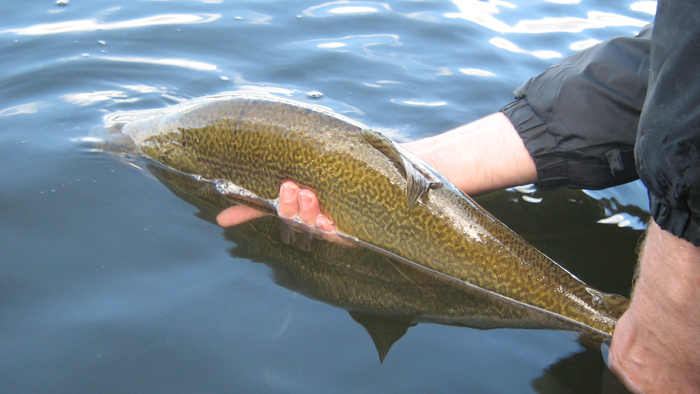 Holding a tiger bu the tail before release.

Another of Stu’s buddies with a fat cat.