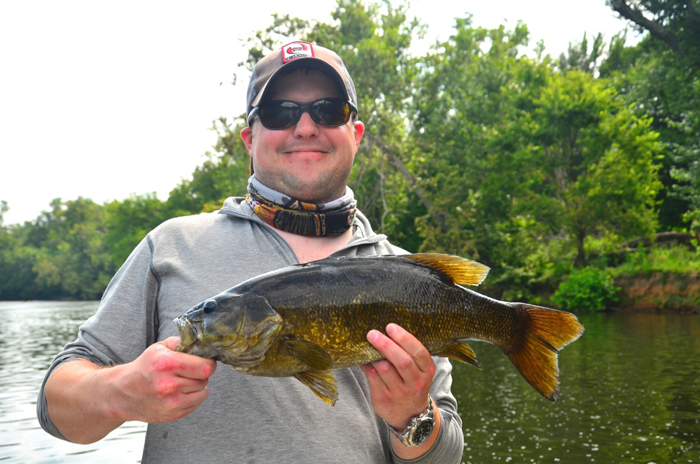 Trent Jones with a sweet Virginia smallmouth that smashed a slider on the surface.
Photo by Matt Miles

Trent Jones and I got out this week with our good friend and Orvis-endorsed guide Matt Miles to go after some Virginia smallmouths. We decided early on to stick with topwater all day and bring them to the surface rather than switching up tactics and going for numbers.

If you haven’t watched a big smallie rise and slowly slip a dead-drifted slider, you are missing out! The intensity of that moment when they decide to eat or not to eat rivals anything you could ever see on a trout stream. And the fight that ensues immediately thereafter is one of the best fixes you can get in freshwater. 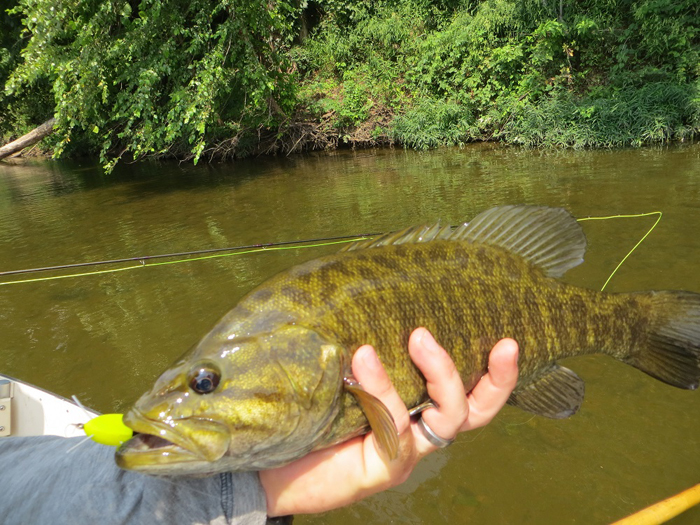 We put in a good long day, covering about nine miles of gorgeous Virginia warm water. And while we stayed in the boat for most of the trip, at one point I just couldn’t resist hopping out to go one-on-one with a good fish we had seen break in a nice long riffle. It took a dozen casts or so, but she finally crushed it and was all mine. 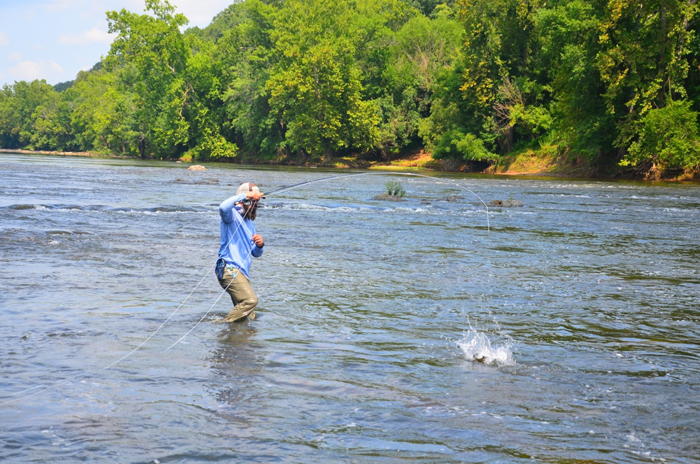 Dan got out of the boat to battle this fish, which they had seen break water in a riffle.
Photo by Matt Miles

By far, though, the highlight of the trip was watching one of my best friends get his personal best smallmouth, a fish that taped out at just over 21 inches. That fish sipped the fly so delicately, then went completely ballistic, coming out of the water multiple times, with one ridiculous leap of over four feet above the surface. Yes, that happened!

Guide Matt Miles nets another one for Trent.
Photo by Dan Davala

Big thanks to Matt Miles for putting us on some awesome fish, and for a great time on the river as always.  We’re already looking forward to the next trip! 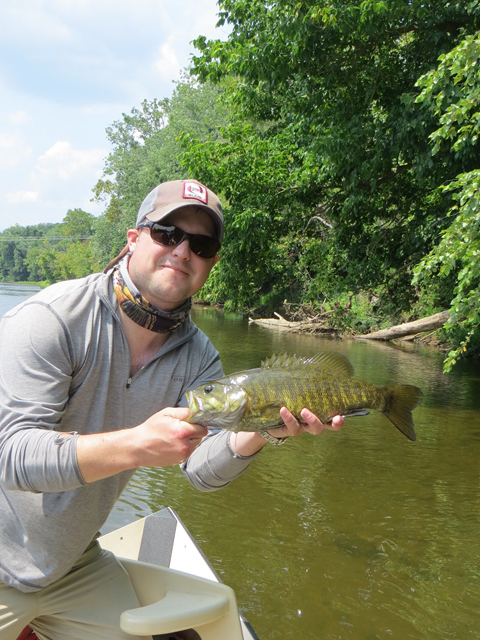 These are muscular, hard-fighting fish.
Photo by Dan Davala

Dan Davala is the Fishing Manager at Orvis Arlington (VA). He is a Certified Master Casting Instructor and the founder of Tidal Potomac Fly Rodders, a vibrant fly fishing community in the Washington, D.C. area. Trent Jones is the Fishing Manager at Orvis Bethesda (MD). He is also a Certified Casting instructor and a Tidal Potomac Fly Rodders Ambassador At Large. Dan and Trent pull off fishing adventures and other shenanigans together as often as possible. Both were featured in the 2012 film, “Urban Lines.”

Matt and Dan are all smiles as another one comes to the boat.
Photo by Trent Jones

3 thoughts on “Photos of the Day: Chasing Biggie Smalls on Top”