It has been a week since trout season opened in Vermont. Unfortunately, we have endured rain, snow, high water, and cold air temps since Opening Day. There hasn’t been much bug activity as of yet, but some of us Orvis folk took advantage of the great water conditions and sun on Sunday to try our luck. As you can see, we were able to find a few nice fish. 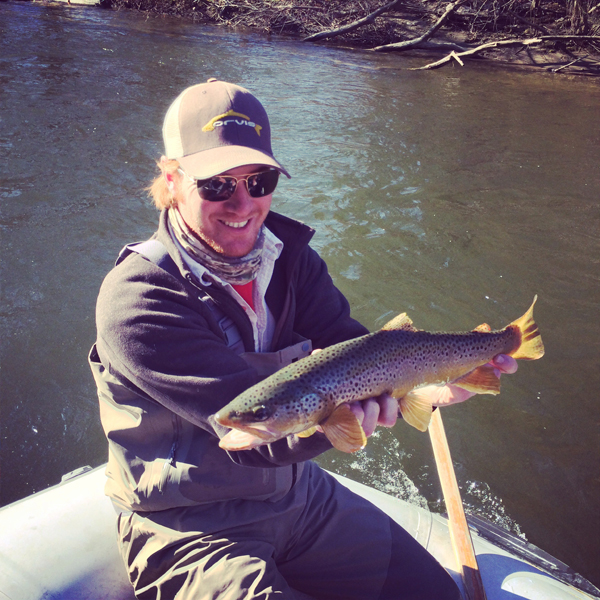 Tyler Atkins landed this beaut on a large streamer.
Photo by Jeremy Kehrein

The fish eating streamers. . .big ones. The water was pretty clear and cold, so we didn’t think we were going to have the day we did, but the fish were pretty hungry. Reed caught the first one about twenty minutes into the float, and we saw others chase but not really commit to the fly. Because the water was clear, we were able to see a lot of the follows and takes. The fish didn’t seem too spooky and were definitely on the prowl for meat. The fishing sort of shut down after 5 p.m., as the sun started to go down past the mountains and cool the water down. 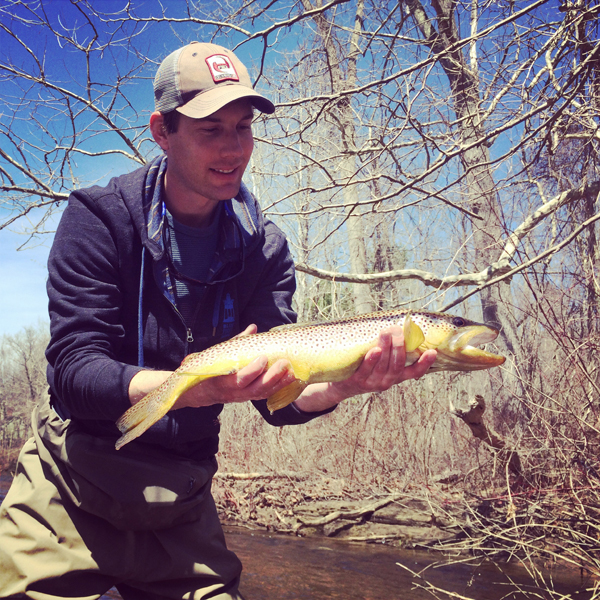 We did not tape any of them, but I would guess that the four fish landed (we lost or missed about eight more) were all over eighteen inches, legit. That’s not a bad day for a Northeastern river in April.

Jeremy got in on the action, as well.
Photo by Tyler Atkins

3 thoughts on “Photos of the Day: Easter Sunday Float Trip”