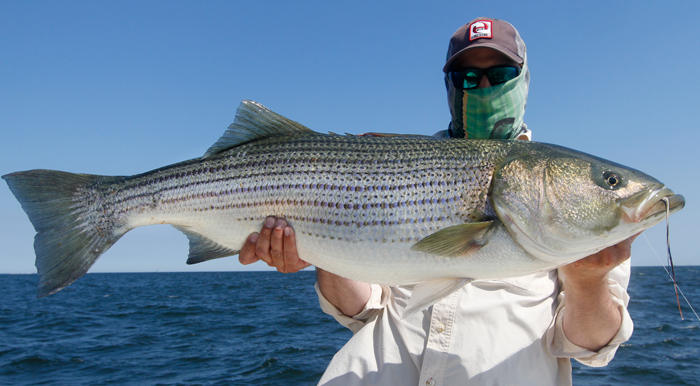 Andrew Hamilton is surely smiling beneath that buff, while he holds a big New Jersey striper.
All photos by Colin Archer

June is time to chase big stripers with the fly rod along the New Jersey Shore. While most anglers are live-lining bunker and using pencils poppers, fly rodders can and will catch fish with large bunker-style flies or big fly-rod poppers. This past week, I had Orvis Marlton Fishing Manger Andrew Hamilton out for a few trips. We started in the afternoon and stayed till sundown. Hunting these large stripers entails looking for bunker pods and then finding the bass. Sometimes, they are running through the pods, sometimes balling them up and blitzing on them, or swimming like a wolfpack behind the pod waiting for a sick, lame, or lazy bunker to drop behind. 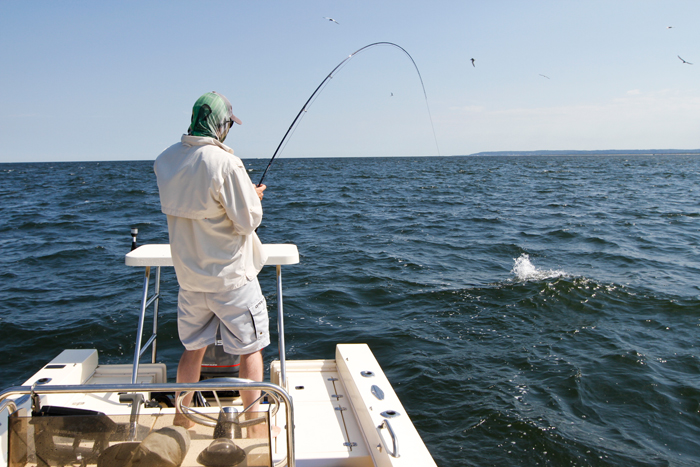 Once you found the pods of bunker, you knew that the big fish weren’t far away.

We had several shots over two days as the bunker was spraying on top being chased by 30 and 40 pound stripers. I would use a hookless pencil popper to keep them interested and Andrew would throw his large bunker fly, and then strip fast, in the area. We were lucky to connect with some beautiful fish and had a blast as we burned gas hunting the waters off New Jersey and the New York Bight. 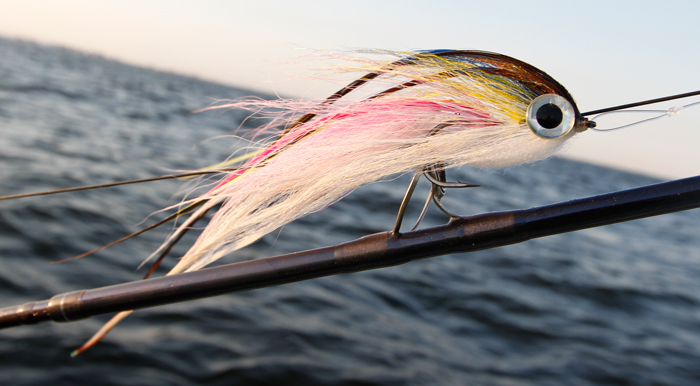 Colin Archer is an Orvis-endorsed guide who specializes in fly-fishing the salt waters of New Jersey from the beach and boat. Check out his blog. 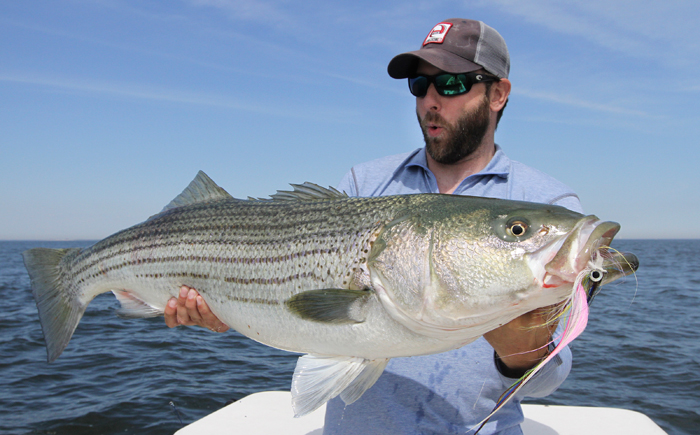 A big striper on the fly will test your tackle and your arm strength.

2 thoughts on “Photos of the Day: Fat Jersey Stripers on Big Bunker Flies”