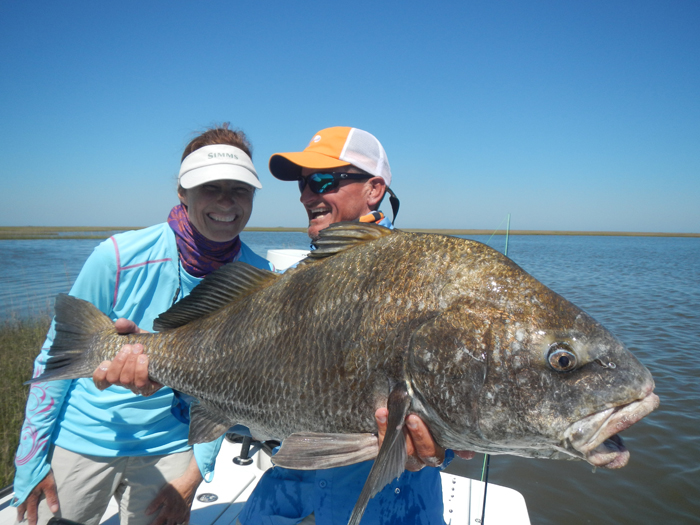 John Herzer holds the giant black drum that Terri caught, since she was wiped out from the fight.
Photo by Jacob Shemper

Here are a few pictures from my wife, Terri, and my trip down to New Orleans in early May to fish for redfish with one of our former Montana guides, Jacob Shemper. We fished for four days—spending a day in the middle at Jazz Fest—and it just got better each day, with water and skies clearing and wind laying down. 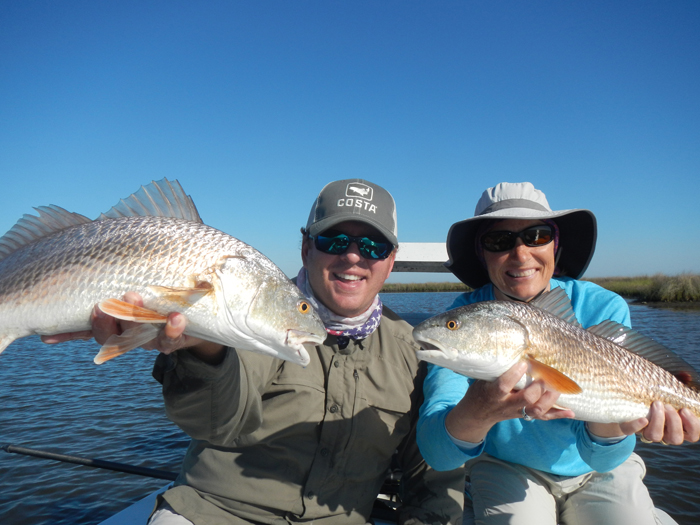 Guide Jacob Shemper and Terri show off a couple of Louisiana redfish.
Photo by John Herzer

The last day, 20 minutes never went by without our casting to 8- to 18-pound reds in skinny water… just incredible! Terri caught a ginormous black drum. She was completely undergunned for this 40-ish-pounder and contracted tennis elbow during the 45-minute fight. She still struggles to pick up a coffee cup, but it was worth it.

John and Terri Herzer own and operate Blackfoot River Outfitters in Missoula, Montana. 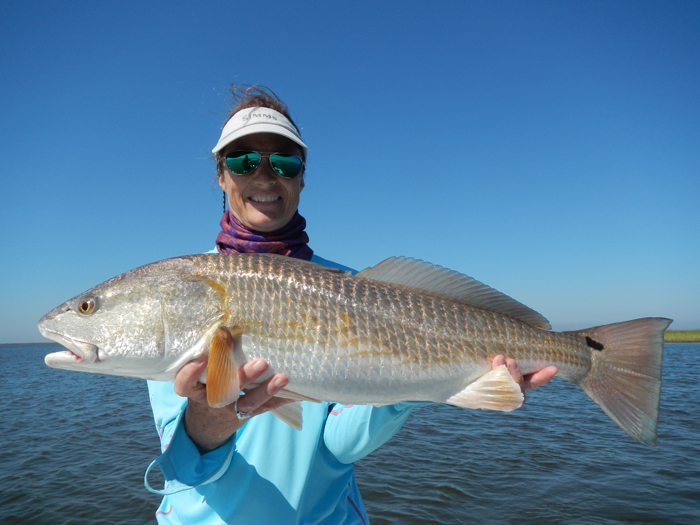 The action was nonstop on the last day of the trip, with redfish everywhere in the shallow water.
Photo by John Herzer

One thought on “Photos of the Day: Jazz and Drums”