Since the Red Sox achieved a historic World Series victory at Fenway Park last night, I figured it was a good time to post some images of perhaps the greatest player ever to don the uniform in Boston, Ted Williams. The Splendid Splinter was quite the outdoorsman, and he had a particular love of fly fishing. His main quarry were bonefish, tarpon, and Atlantic salmon, but he was ready to cast to any sport fish available. 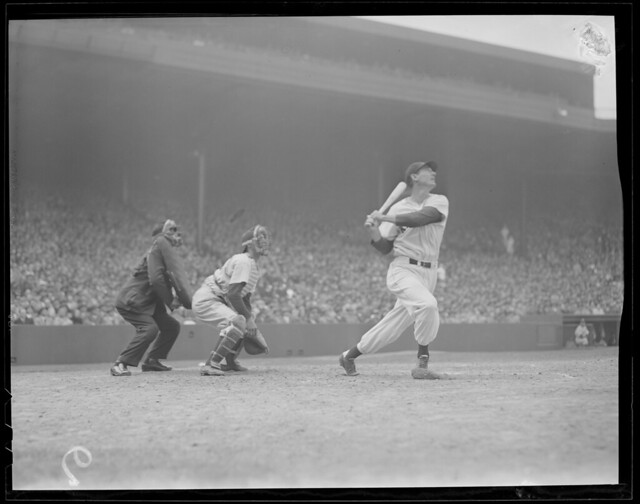 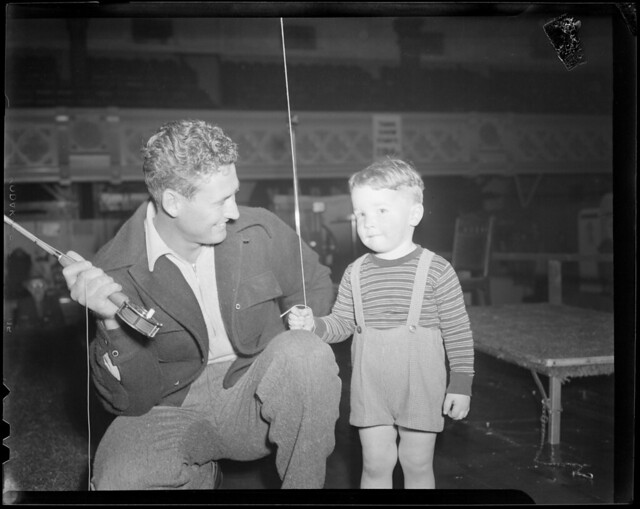 Williams shows off one of his patterns to St. Petersburg sportswriter Bob brumby
Photo via legendaryauctions.com 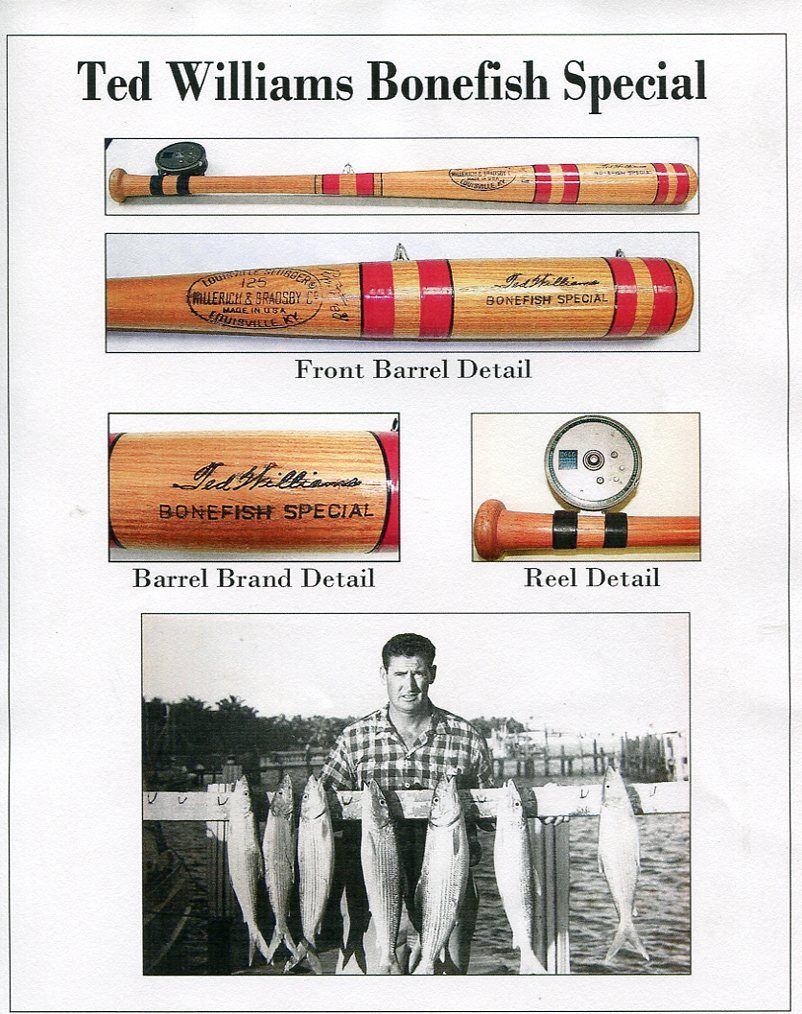 The “Bonefish Special” must have had a pretty fast action.
Photo via goldauctions.com 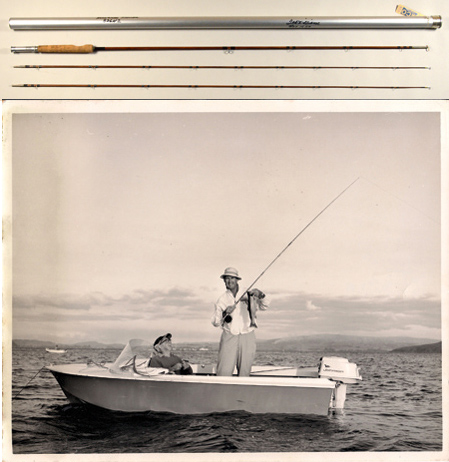 8 thoughts on “Photos of the Day: Ted Williams and Fly Fishing”