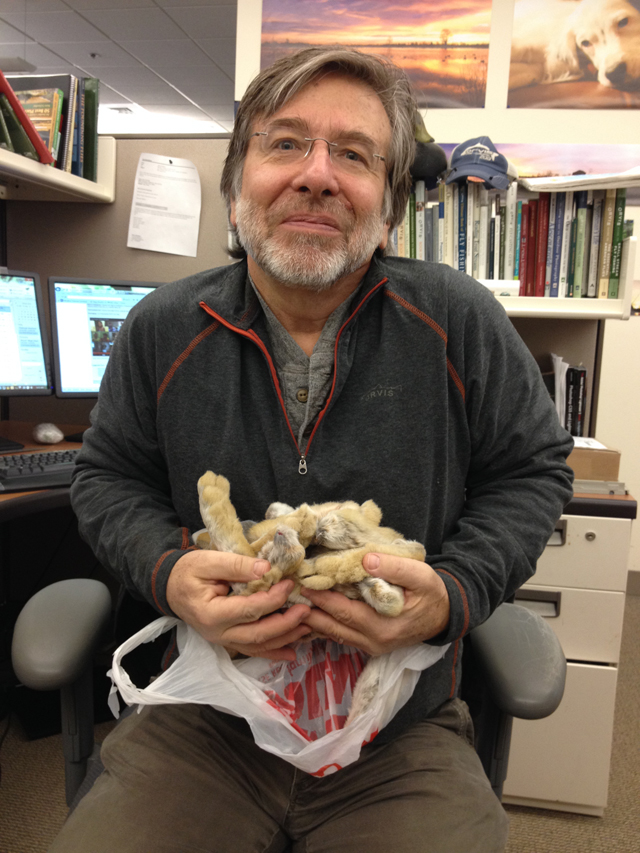 What better present to kick off your Tuesday than a bunch of amputated bunny limbs?
All photos by Phil Monahan

Do these things happen where you work? About a half hour ago, Sporting Traditions Administrator Jody Frederick walked into our pod with a grocery bag and announced, “They’re here!” Tom jumped out of his chair with a look of glee, took the bag, and peered inside like a kid opening a Christmas present.

It took me a second, but then I realized what was going on: Tom’s annual stash of snowshoe-hare feet had arrived. Jody’s husband, Karl, loves to run his Beagles during the winter, and he ends up with plenty of feet that Tom and his buddies can use to tie patterns such as  Rosenbauer’s CDC Rabbit’s Foot Emerger.

At least I know that Tom will be in a great mood all day. . . 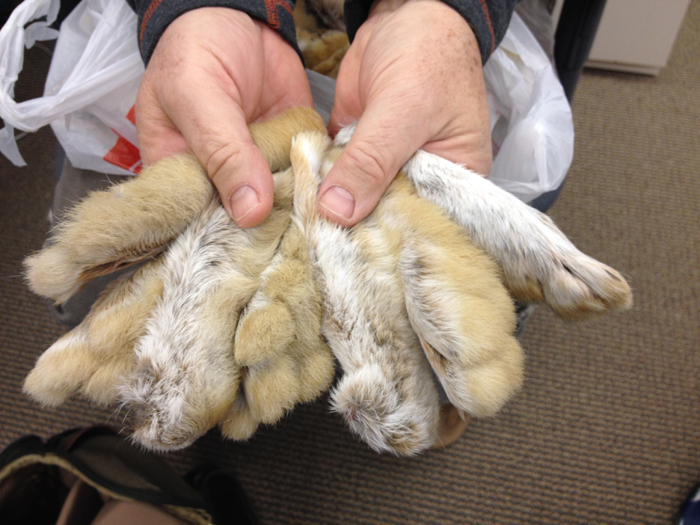 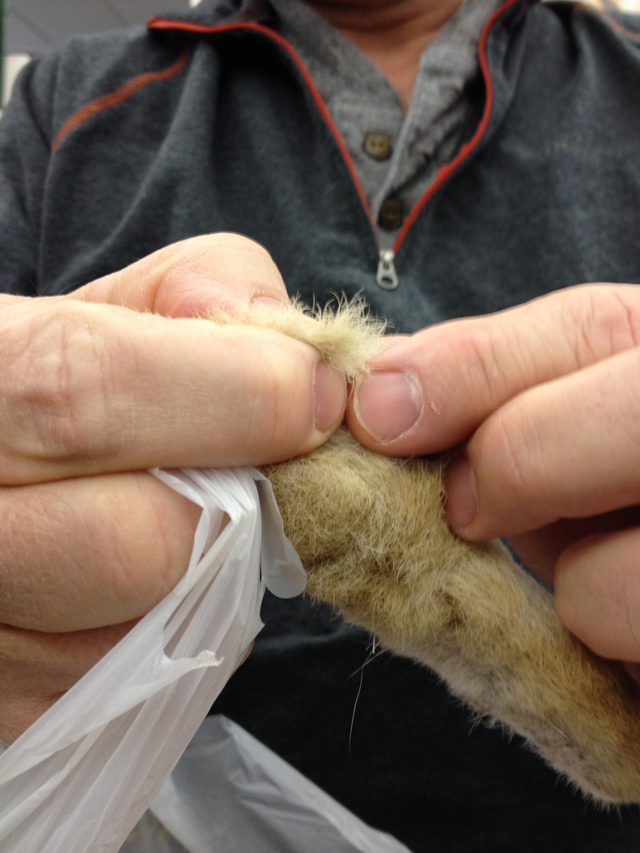 Tom called this batch the best he’s ever seen, and he’s already planning how to use these great hairs. 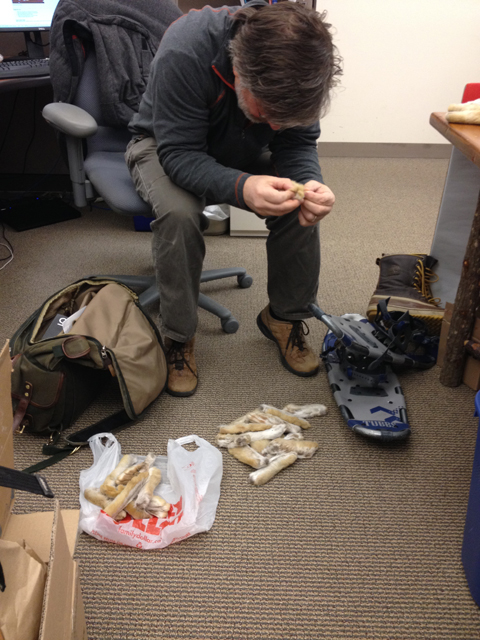 The inspection continues, as Tom determines which feet go to which buddies. 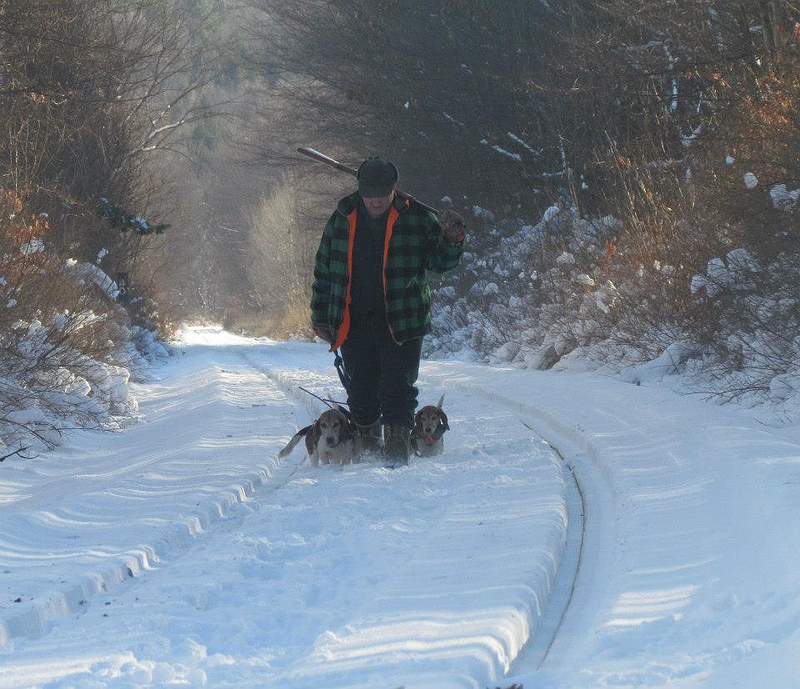 Karl Frederick and his beagles are the real source of Tom’s materials largesse.

11 thoughts on “Photos of the Day: Tom’s Bunny Connection Comes Through Again”