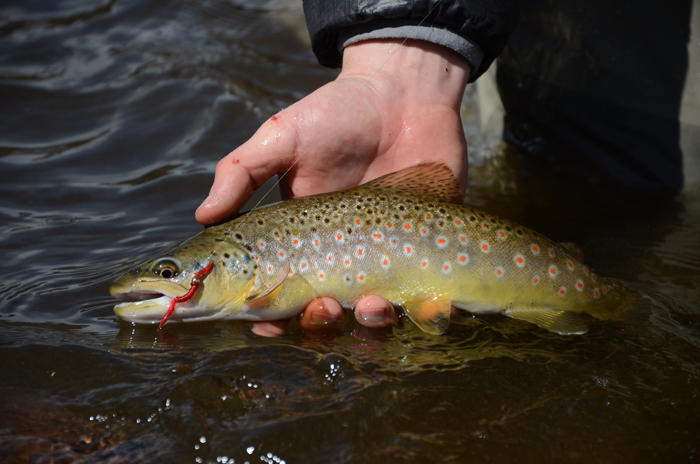 I flew into Missoula, Montana on Monday night for the 2014 Orvis Guide Rendezvous, which officially kicks off tomorrow. My friends Tim and Lisa Savard live on Rock Creek, so I planned to spend a couple days with them, fishing and reliving old times—since Lisa and I went to middle school together back in the day. She went on to own Lopstick Lodge & Outfitters in Pittsburg, New Hampshire, which she and Tim sold last year. So she’s got some pretty serious angling chops. 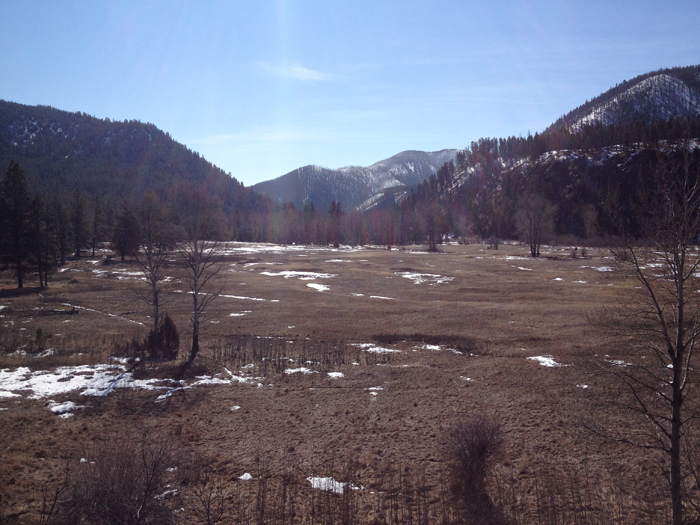 Because the road along Rock Creek wasn’t passable the whole way, Lisa and I took a roundabout route through Philipsburg to the upper section yesterday morning. It was a glorious but cold morning when we got on the water. Unfortunately, I had left my camera back at the cabin, and my cell phone was dead. D’oh. Luckily, Lisa was more prepared. 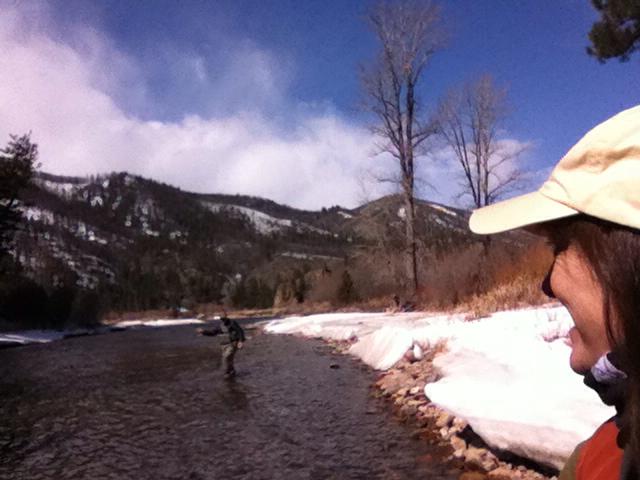 Lisa enjoys showing friends her favorite spots now that she lives on the creek.
Photo by Lisa Savard

Lisa went right to a nymphing rig, while I decided to try some streamers. It was apparent that Lisa’s system was more productive, and when the fish count reached 3-0, I, too switched over to a nymph rig. I tied on a small Conehead Woolly Bugger and dropped a Beadhead Power Worm off the back. Immediately I was into fish. 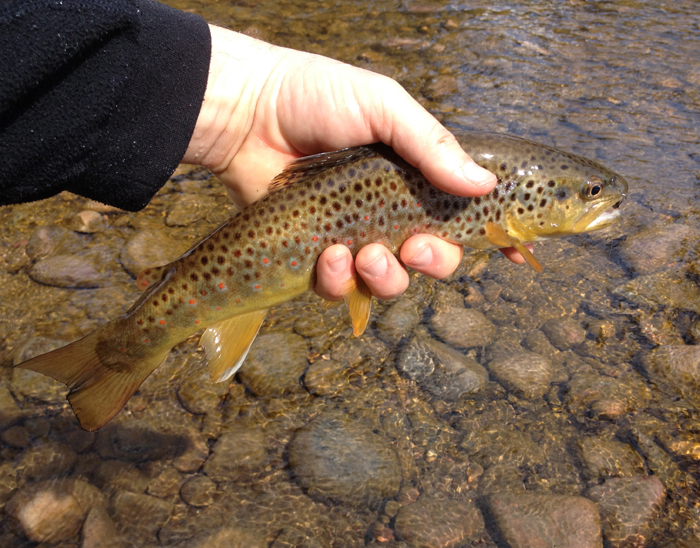 Another sweet brown, which fell for a Beadhead Prince Nymph.
Photo by Phil Monahan

Over the course of the day, I caught six or seven trout (mostly browns) and a few whiteys. Lisa crushed it though, and probably caught three times as many trout as I did. She is a pro nympher, as I discovered, and she caught mostly cutthroats. 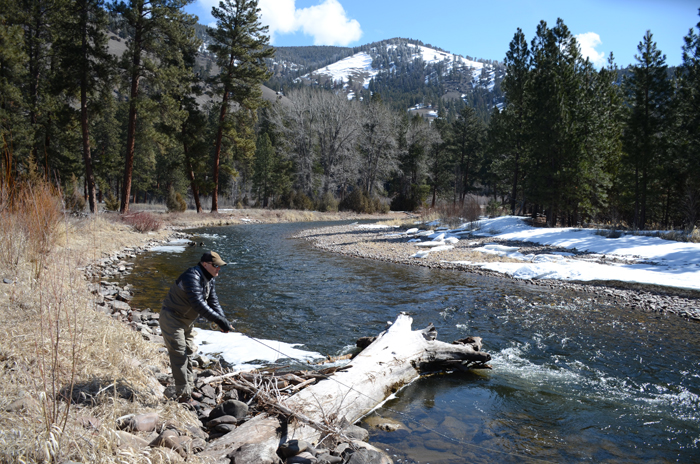 My initial tactic of throwing streamers was a bust, but the views were great.
Photo by Lisa Savard

It’s always fun to fish with old friends, especially if you don’t get to see them very often. Lisa was, of course, gracious about kicking my butt on the creek, but there’s always tomorrow, right? 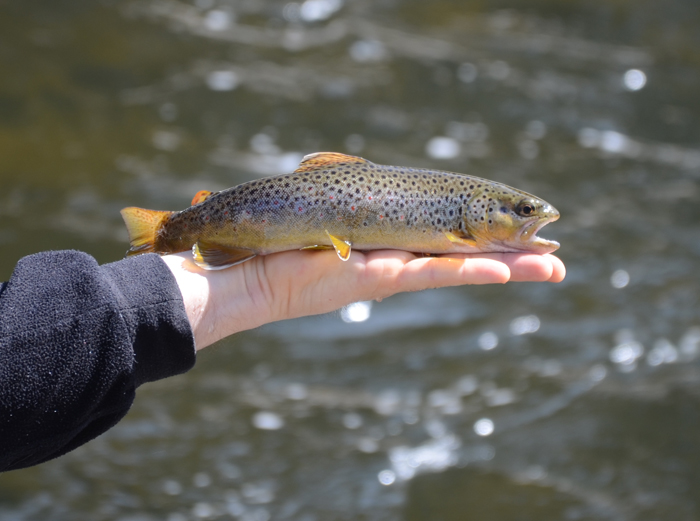 We didn’t catch anything huge, but the fish were healthy and fought hard.
Photo by Lisa Savard 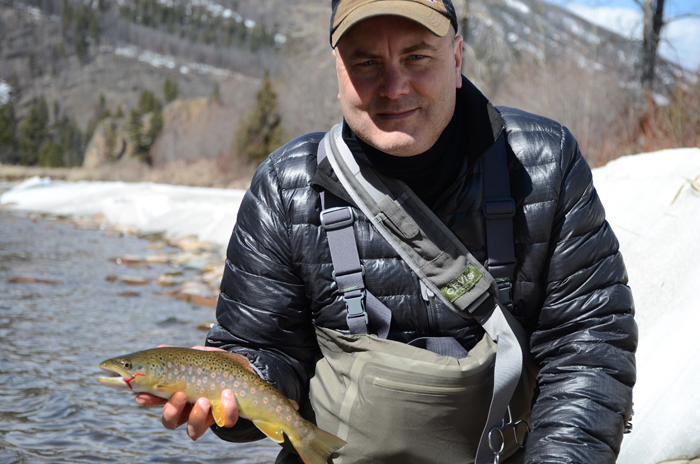 Thanks, Lisa!
Photo by Lisa Savard