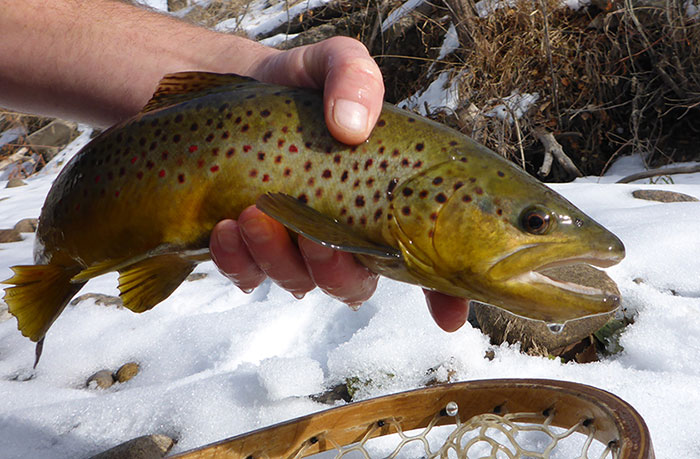 Check out the pattern of five spots right behind the eye. . .
Photos by Jon Hill

Way back in May 2013, we posted a couple photos by Jon Hill, which showed how he had caught the same brown trout twice. Well, yesterday Jon sent in the photos here, along with an explanatory note:

Happy New Year! I’m off to a pretty decent start here in Denver. You posted my photos a few years ago when I caught the same fish a couple of weeks apart. Well, wouldn’t you know, I did it again. I caught this guy back in mid December and again this past weekend. The markings are identical and caught in the same area. I have nothing against keeping what you catch if that is your style, but I’ve always said that I would rather catch a fish multiple times than eat it just once.

Has this happened to anyone else? 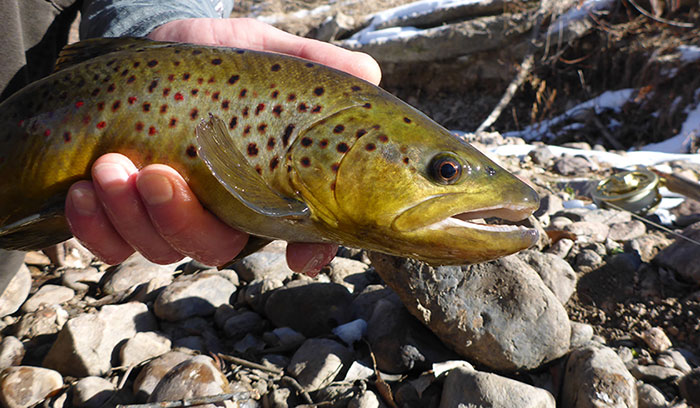 . . .and Oops, he did it again! That’s a pretty good case for catch-and-release.