Jason Danley shows off a sweet Utah brown that fell for a Pheasant Tail Nymph.
Photo by Dave Danley

On Saturday afternoon, a couple weeks ago, we had a little spare time, so I called my brother, Jason, and told him to meet me at a river near Falcon’s Ledge Lodge. I loaded up my fishing bag, Helios 2 fly rod, and my two boys, and we headed toward the river. We pulled up to the river and saw my brother’s truck already there, so we walked down and found him already drifting nymphs through the first hole.

I carried my two small boys across the river and let them start playing on the grassy bank and rigged up my rod. After half an hour, I heard Jason holler from downriver that he had a nice one on. I walked down to him and helped him net a beautiful 19-inch brown trout. He said he had caught it on a Pheasant Tail Nymph, so I switched my fly to a Pheasant Tail and continued fishing. I had one take, but after a few head shakes came free. 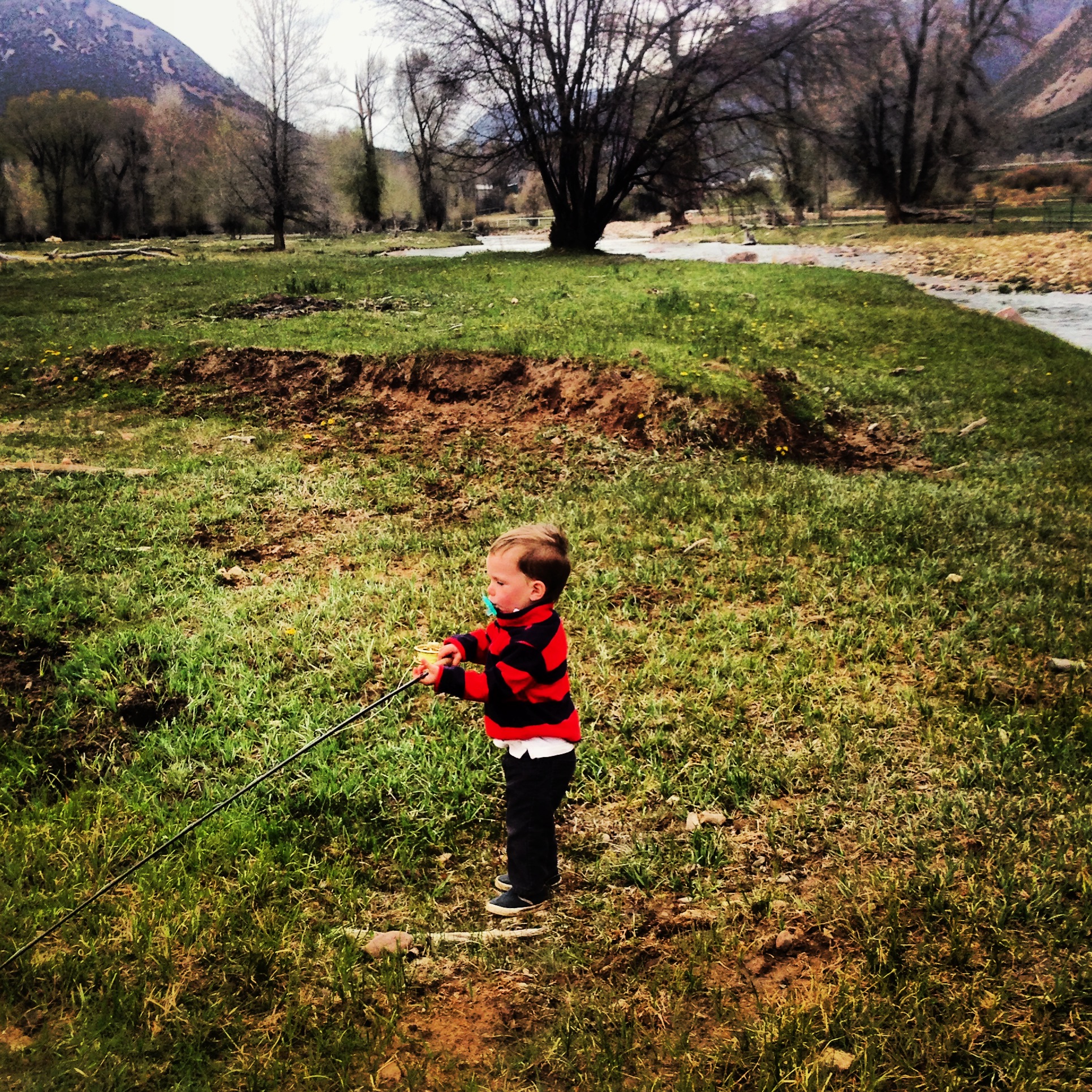 You gotta start ’em young when you live so close to so many great trout rivers.
Photo by Dave Danley

It was a chilly day and a cold wind made it feel even colder. My boys were getting cold. I didn’t want to leave before I had the chance to catch a fish bigger than Jason’s, but it was time to go. So I reluctantly reeled up my rod, hauled my boys back across the river, and headed for home. Fortunately, with 10 rivers within a short drive of Falcon’s Ledge, I will be able to get out and catch a bigger fish than my brother soon.

Dave Danley is a guide for Falcons Ledge, in Altamont, Utah, and a frequent contributor to this blog.