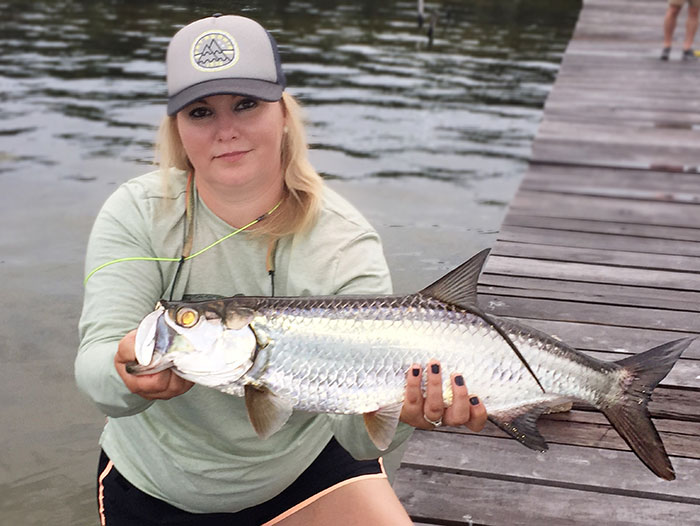 That’s no bonefish, even though it was landed on a set up more approriate for smaller quarry.
Photo by Rob Woodruff

My husband, Orvis-endorsed guide Rob Woodruff, and I were married at El Pescador in Belize back in 2013. Since then, we have been fortunate enough to return at least twice a year on our hosted trips.

On the first day of our most recent trip, celebrating our fourth wedding anniversary, I took my favorite bonefish set up (a Saltwater Helios 2 6-weight with a Mirage Reel), a fly box, and a Belikin and headed to the beach in search of some before-dinner action. 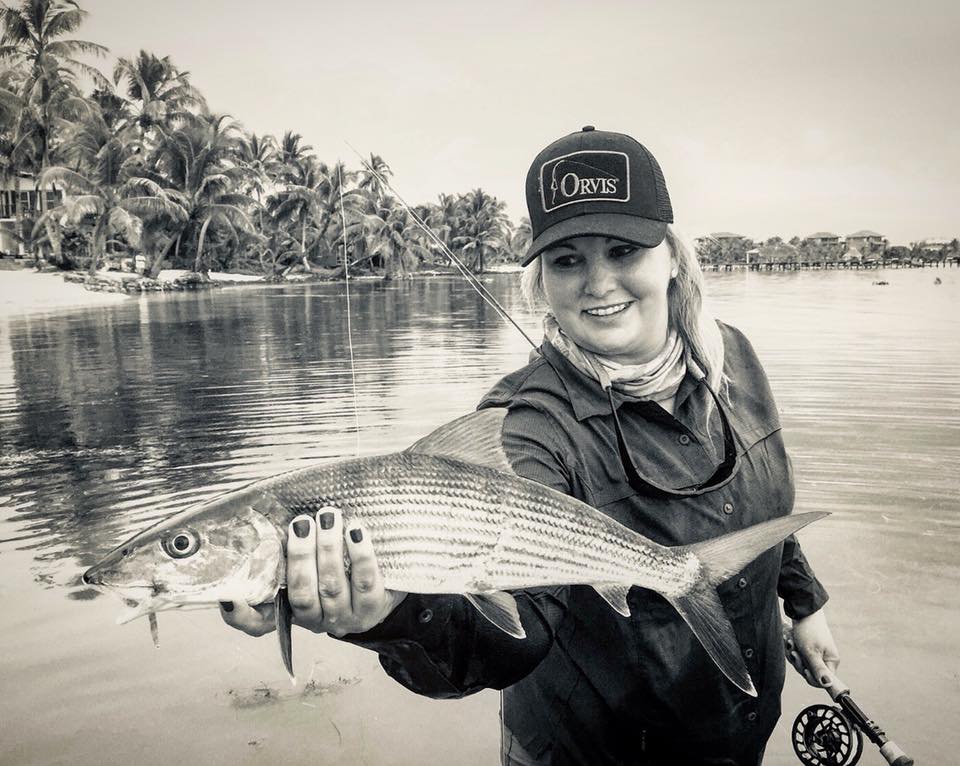 Don’t worry: Jenny got plenty of bonefish, as well.
Photo by Rob Woodruff

All thoughts of bonefish quickly evaporated when I stepped onto an adjacent boat dock and saw a pod of tarpon rolling within casting distance. I quickly clipped off the bonefish fly, tied a small chartreuse Tarpon Toad to the 12-pound-test leader, and made a cast. My next few presentation produced follows, but no takes. Knowing that I was under-gunned with both leader and rod only added to the excitement as I anticipated a strike.

After a few more casts, I felt the line come tight and made a strip set. A small tarpon came rocketing out of the water and the fight was on. I was able to keep him from breaking me off on the dock pilings and somehow the light leader held. Rob heard the commotion and came running down the beach to help me land the fish. A few quick photos and my 6-weight tarpon became another of many great memories from my time fly fishing in Belize. 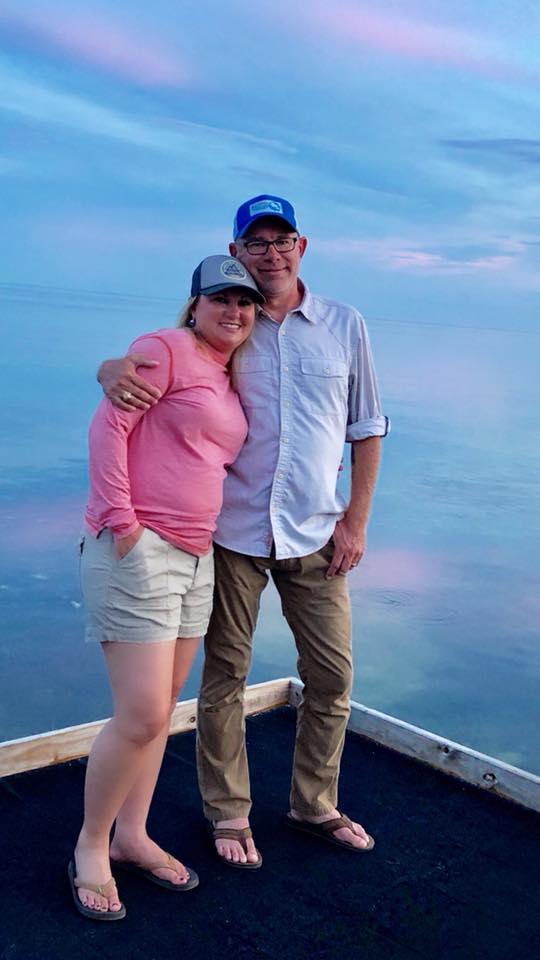 What a great place for two Orvis-endorsed guides to celebrate their anniversary.
Photo courtesy Jenny Mayrell-Woodruff

Jenny Mayrell-Woodruff owns and operates Fly Fish Beavers Bend in Broken Bow, Oklahoma. She is also a former Trout Bum of the Week.

One thought on “Photos: A Silver King on a 6-weight in Belize”