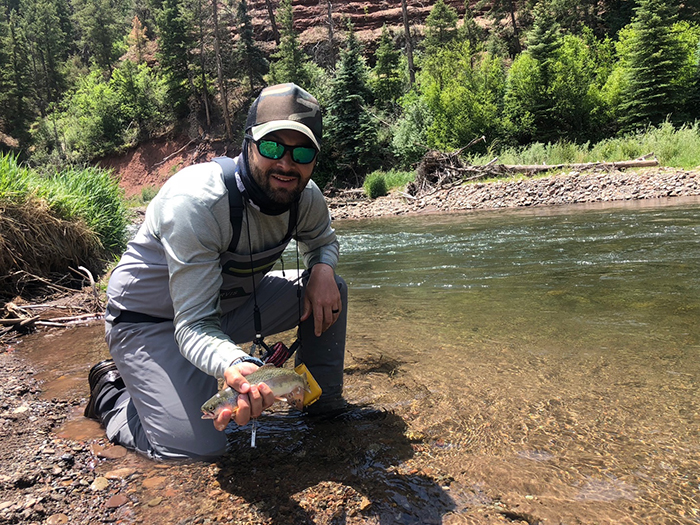 Low, clear water can make for some great fly fishing–as long as things don’t get too low.
Photos by Chuck Coolidge

Last winter, Telluride, Colorado, received 54% less snow than it had the previous year (159 inches compared to 294 inches). That makes for a dry, dangerous fire season. It also makes for one of the best fly-fishing seasons Telluride has seen in years, for a number of reasons. In 2017, the rivers were high and fast, cleaning out areas of the river for the aquatic ecosystem to thrive.

With the lack of melting snow, the San Miguel river is lower and more accessible than it’s been in years. Be on the lookout for overhanging grass areas washed away by last year’s water levels, wood piles, and big tree roots. These are perfect places for fish to hide and feed. 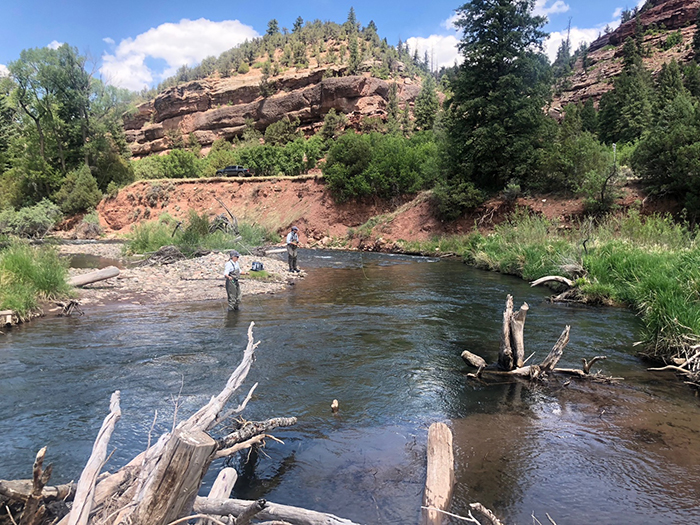 This dead tree root area (above), just outside of Sawpit hosts a great place for Michael and Holly to drift grasshoppers with a midge dropper. It’s important to make sure the midge is dropping well below the grasshopper as trout can be hesitant to run to the surface.

Undercuts, like the one in the photo below, provide a perfect place for trout to hide from predators, offer moving water to provide food, and give anglers cover to get positioned for a good presentation. Resist the temptation to walk directly above or near the undercut, though. Streamers work well in these situations. Cast upstream with enough room for the streamer to sink deep enough, and drift it underneath the bank, holding for a moment or two before stripping. 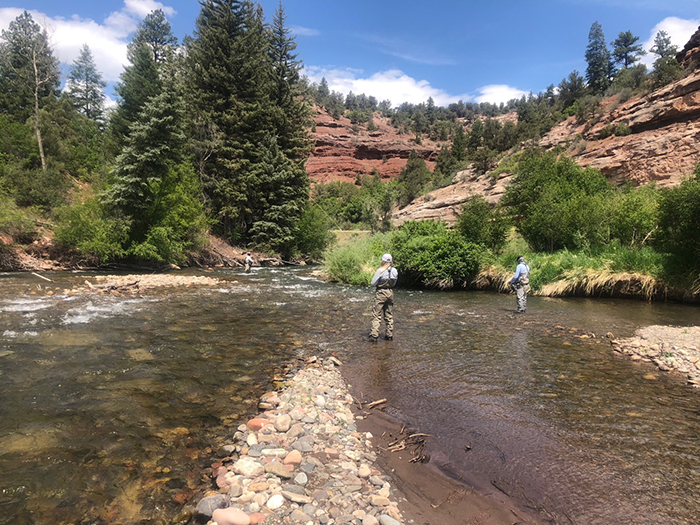 Snags are always great spots to explore. If you’re not careful, however, you can become a statistic by losing your rig; but you have to take the chance because snags almost always hold fish. Your best bet is to cast a tungsten cone-head Woolly Bugger from upstream and swing it as far under the snag as possible. One common error here is stripping the Bugger too fast once it’s under the snag. Make sure you are stripping very slowly on your retrieve, mirroring the action of a struggling minnow. Let the bigger trout come and hammer it on the retrieve.

We even took some time to play with a new toy to check out the scenery. That is, until Courtney’s backcast caught the drone’s propellers and netted it to the ground. I can’t share the video of that carnage without a tear falling down Chuck’s face. Pre-Crash footage here:

Long days hiking up and down the river always build up an appetite. Luckily, with the city of Telluride just 25-30 minutes away from some unbelievable fly-fishing areas you can run to the city whenever needed or shut down during the summer monsoon storms. Make sure you check out the downtown area but beware of the amazingly large, yet tasty, fried chicken sandwiches at Smuggler’s Brew Pub. The local brews are outstanding as well! 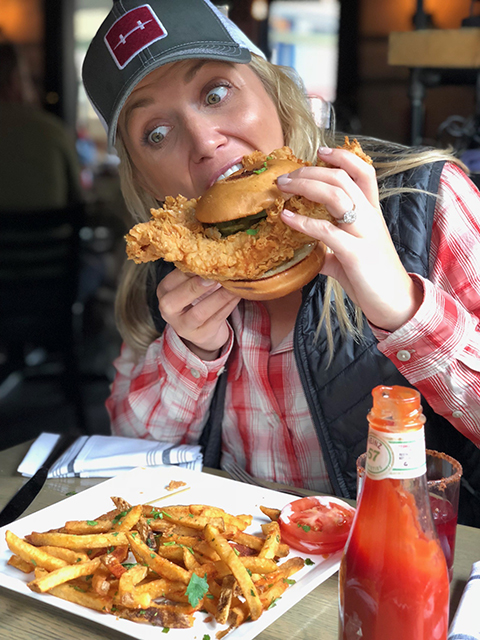 Holly wrestles with a serious sandwich in Telluride.

NOTE: Make sure you know the areas that you are approved to fish. Even though Colorado hosts a significant amount of public lands, be vigilant about knowing where you are allowed to fish. The Telluride PD/Sheriff’s office are extremely strict about issuing tickets to people who bend the rules or and uninformed upon where they can and cannot fly fish. 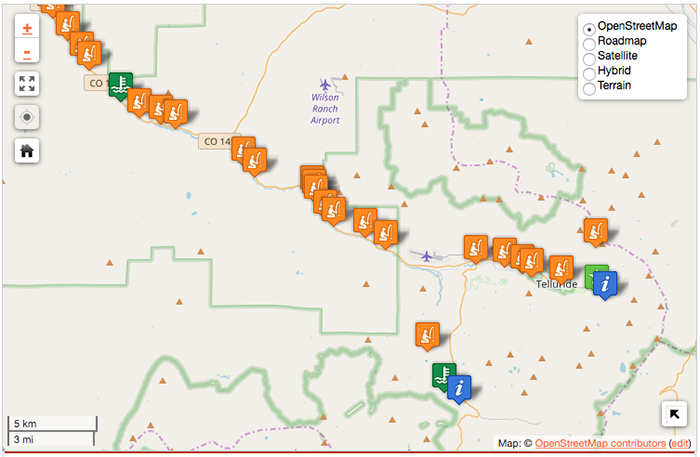 Chuck Coolidge lives in Phoenix, Arizona, and travels a lot to feed his fly-fishing passion. 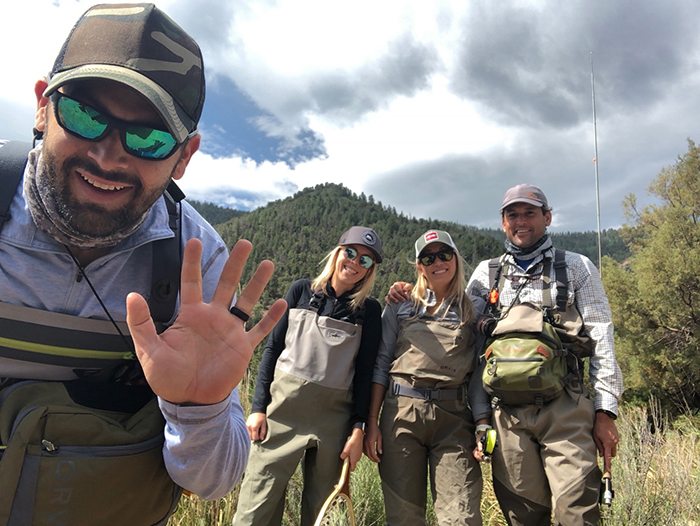 2 thoughts on “Photos and Story: Colorado’s San Miguel in Summertime”