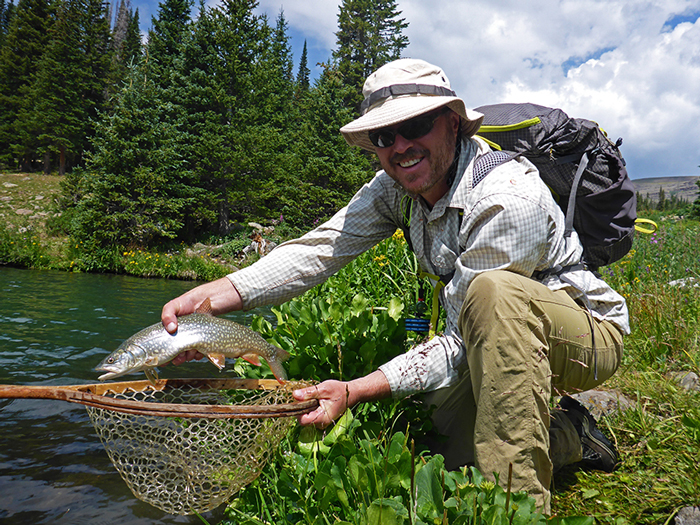 This nice brook trout is from last month.
Photos by Jon Hill

A few years ago, I was struck by the realization that I was having a pretty good fishing streak, so I decided to look back at my photos and check their time stamps to see just how successful I had actually been. I was able to verify that I had caught a fish in December of 2014, and it was now September 2015. I then discovered that I had caught a fish every month for nine months in a row! Not too shabby, I thought. That was when I came up with the idea to see just how many months in a row I could keep up my winning streak. 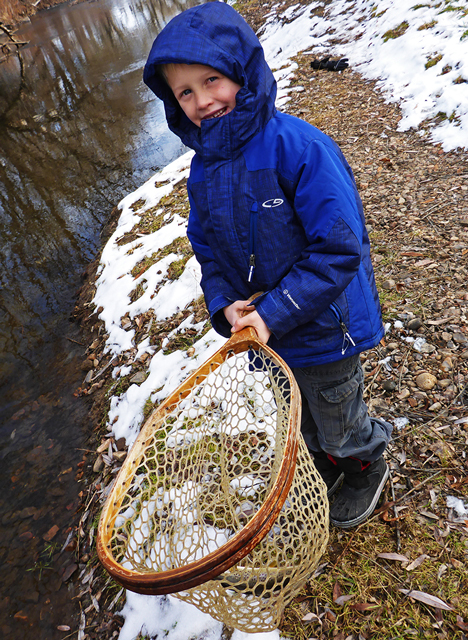 This goal might be an impossible feat in certain regions, but in Colorado I can fish all year, so I don’t have to worry about a fishing “season.” Also, there are about fifty locations I can fish within an hour of my house, and although not all of them are fishable year round, there is still an abundance of areas available at any given time. Sometimes, my fish of the month is caught ten minutes down the road, while at other times it’s caught after hiking fourteen miles and fishing at 12,000 feet above sea level. This is one of the many reasons that I am grateful to call Colorado my home. 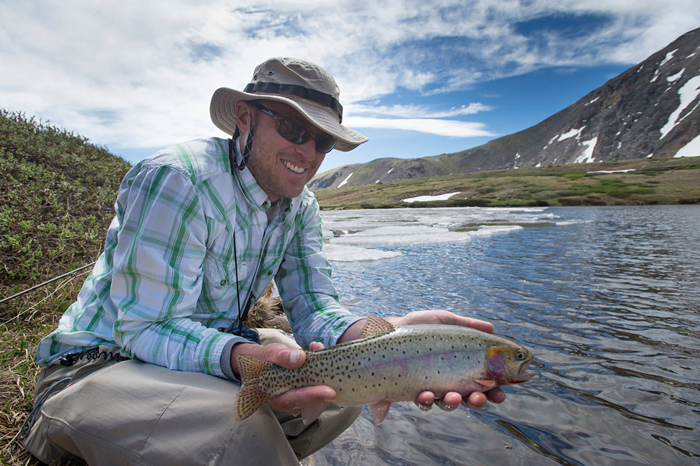 Having a goal like this makes me get out and fish when I normally wouldn’t do so, taking me out of my comfort zone and sometimes with unthinkable results. This past Super Bowl Sunday, for instance, I went out when it was 12 degrees! Not thinking I would see anything, let alone catch anything, to my surprise the fish were going nuts for the couple of hours I was able to withstand the frigid weather. 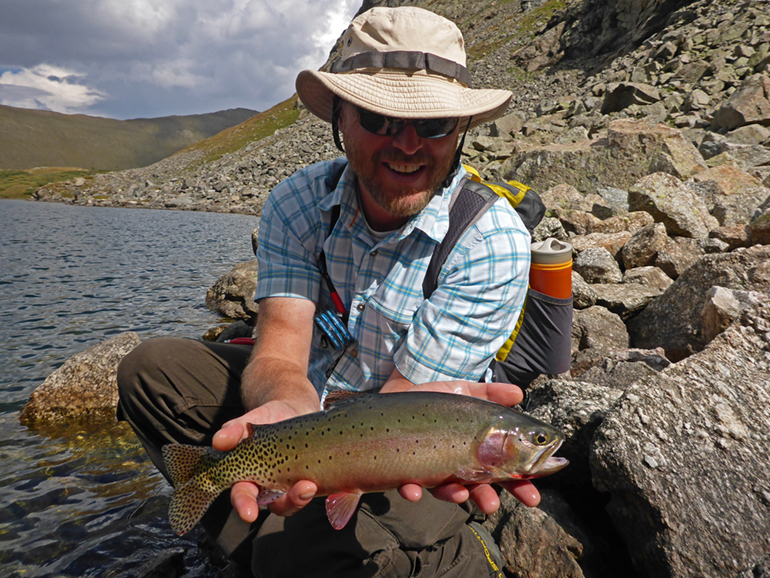 For the first year and a half of my goal, I was laser focused on making sure I caught a fish every time I went out. I would get nervous and anxious, thinking “I have to catch a fish today!” During a couple of the winter months, I caught my monthly fish on the last or second to last day of the month, feeling great relief that I had made it in time. But after those first eighteen months, I realized that I hadn’t been having fun and was so focused on my goal that every trip was riddled with anxiety. So I made it my focus to just enjoy my time outside and on the water with family and friends, and use my goal as something to sweeten the pot. 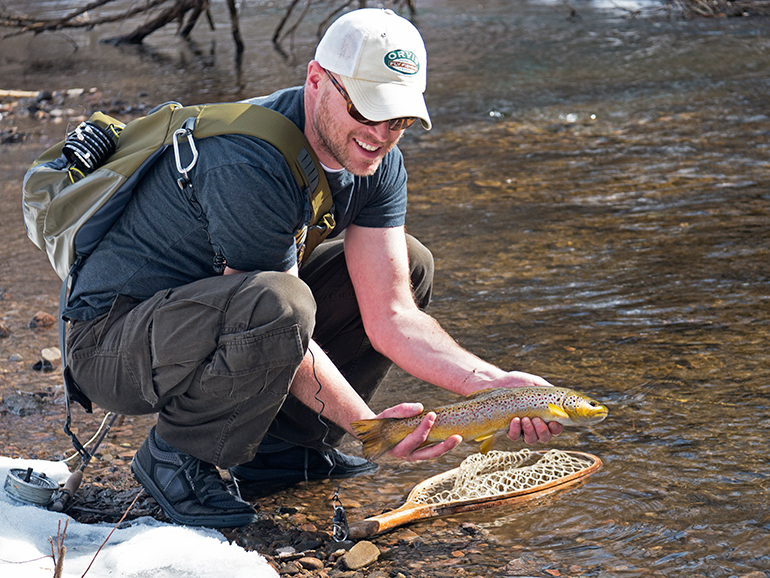 My goal is also a hit with my family; for example my son Brennon gets extremely excited when he’s the one who helps me get my “monthly fish” into the net. My wife enjoys my excitement and dedication, so now I don’t even have to come up with an excuse to get out onto the water.

Here’s to 45 months and counting!

Jon Hill lives in Littleton, Colorado and works in the digital-graphics field. But he spends almost all his spare time chasing trout in the high country, and his photos have been featured many times on the Orvis News. (See here and here for just a taste, or visit his blog, Ramblings.) He’s also a former Trout Bum of the Week. 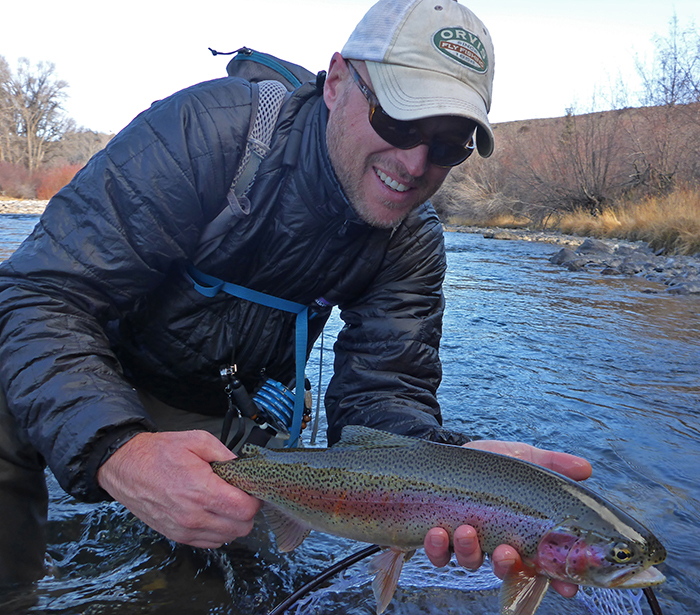