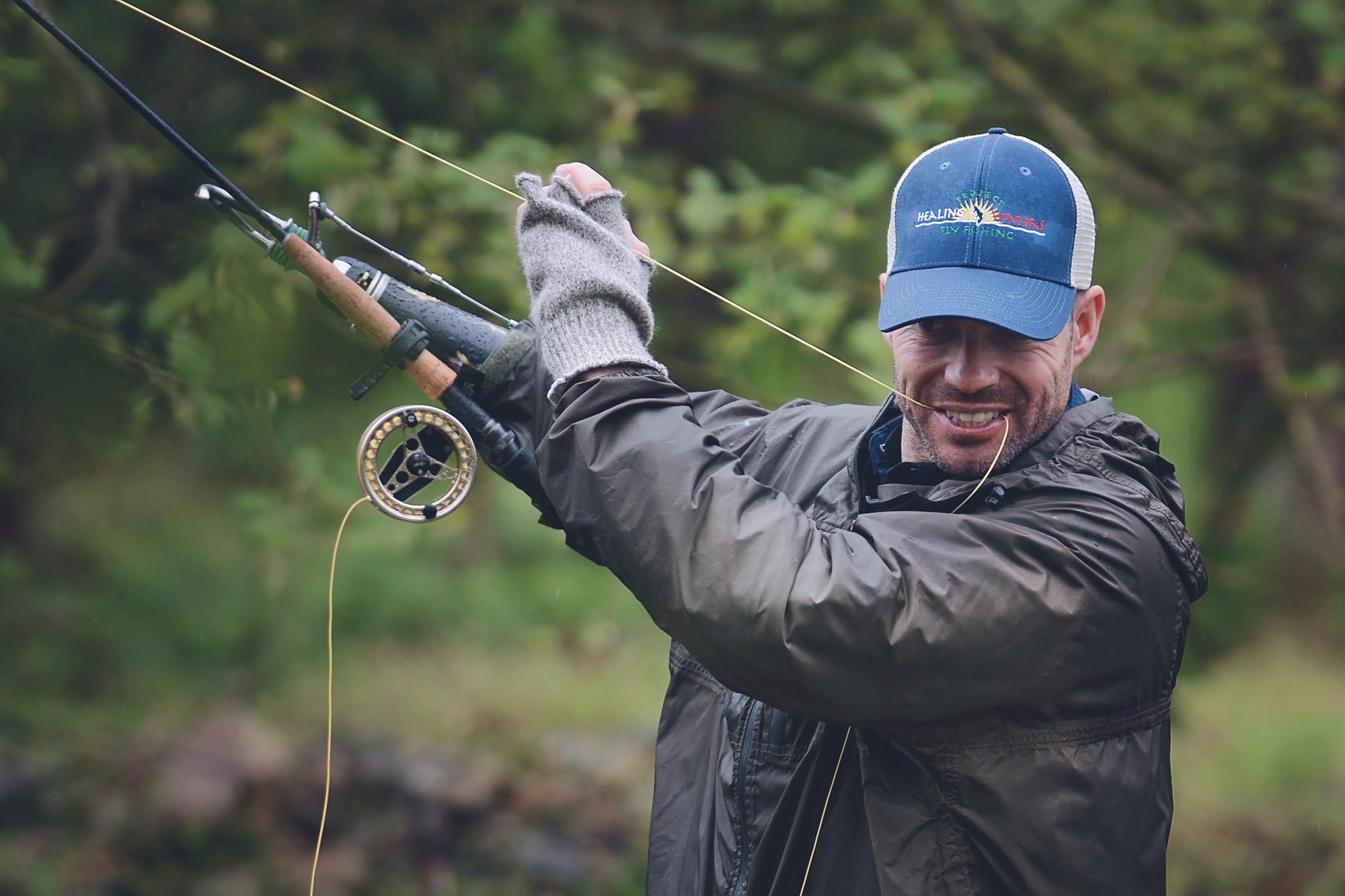 J.R. Saltzman, who lost his right arm below the elbow and suffered damage to his left hand while serving in Iraq in 2006, competes in the 10th Annual Project healing Waters 2-Fly Tournament.
All photos by Ed Felker

Over the weekend of April 30-May 1, Project Healing Waters hosted the Tenth Annual 2-Fly Tournament at Rose River Farm, in Syria, Virginia. To celebrate the milestone, a participant from each of the previous 2-Fly Tournaments was included in the field, so there were many heartfelt reunions taking place around all weekend. 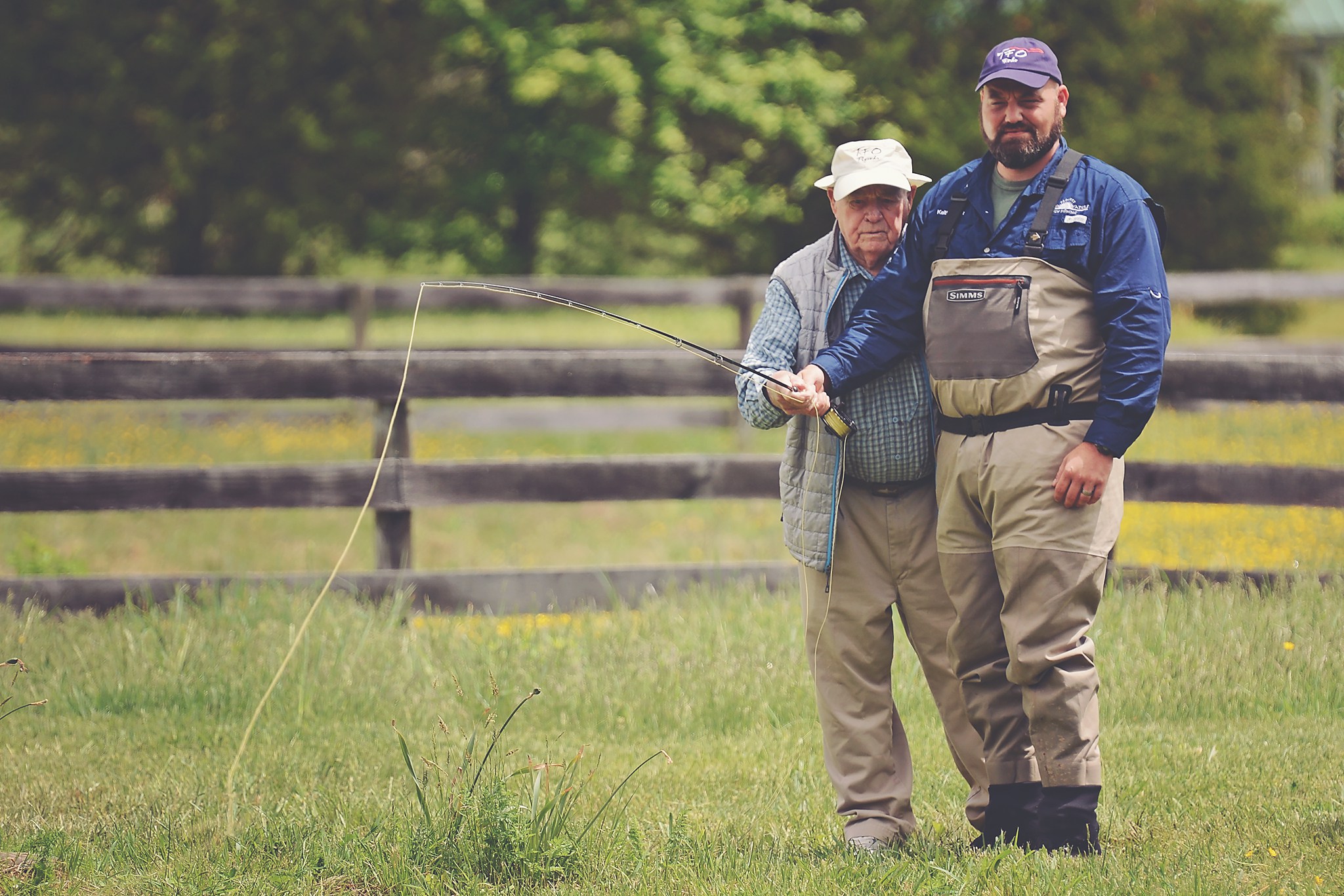 There are two competitions going on at once. In the Pro/Vet category, there are 12 Veterans, each fishing with a professional guide who volunteers his time, travel, etc. to be there. Two vets and their guides are paired up to form a team, so there are six Pro/Vet teams. (Click here to learn more about all the veterans participating in this year’s event.) Sponsor Teams are two-man squads who pay to enter the tournament, which is a fundraiser for PHW.

On Saturday evening, a gala dinner featured a keynote address from Tom Brokaw, who spoke of service and volunteerism and sacrifice. Of coming together as a nation, of duty and patriotism. He weaved nostalgia with relevance, humor with power. He spoke to every man, woman and child in that room and made us each feel like the focal point of his speech and the hope for the future not only of this organization, but of this nation. His words were like the Uncle Sam poster whose finger magically pointed at You, no matter from which direction you approached. He is a consummate professional. He hit it out of the park, without ever once glancing at a single note, and delivered the single best speech I have ever heard in my life. 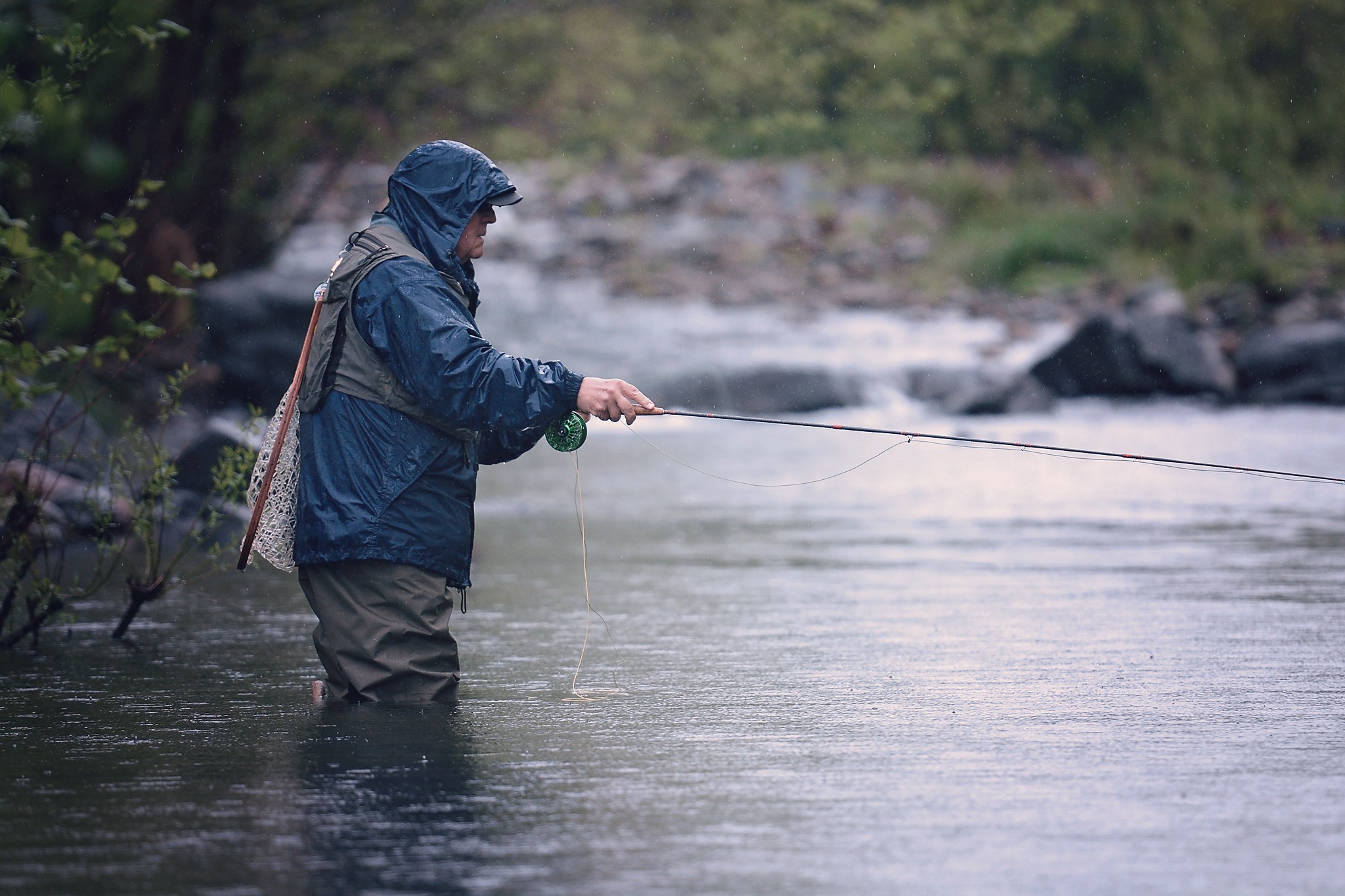 Judge Thomas Hogan, who has participated in all ten 2-Fly Tournaments, didn’t let a little rain bother him.

Sunday morning’s weather, for the severalth year in a row, left a bit to be desired. But these are fly fishermen. We all hoped for better weather, but I never heard a single angler complain about a little rain. Things actually got worse during the first fishing session, but eventually the weather did improve, albeit not enthusiastically at first. Mist and drizzle hung around for a while before deciding to depart for the afternoon and let some sun in. Despite the rain, the fishing was good all day. 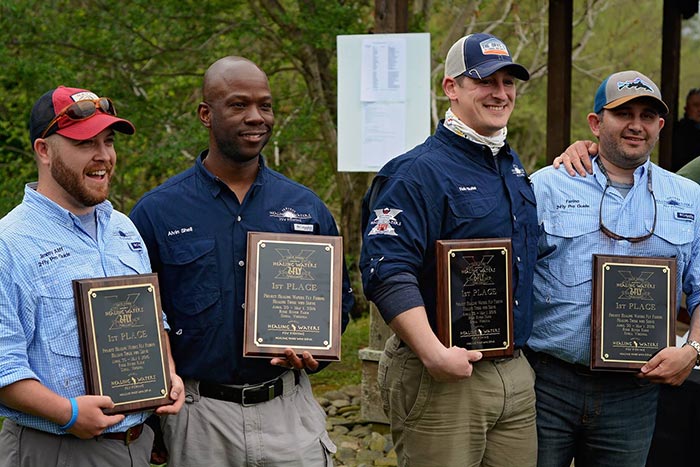 The winners in the Pro/Vet category were veterans Alvin Shell and Rob Burke, assisted by guides Jimmy Aliff and and Richard Farino. In the Sponsor competition, the top team was Dead Drift Outfitters featuring David Sisson and Josh Williams (who happens to be both a veteran and an Orvis contract tier). 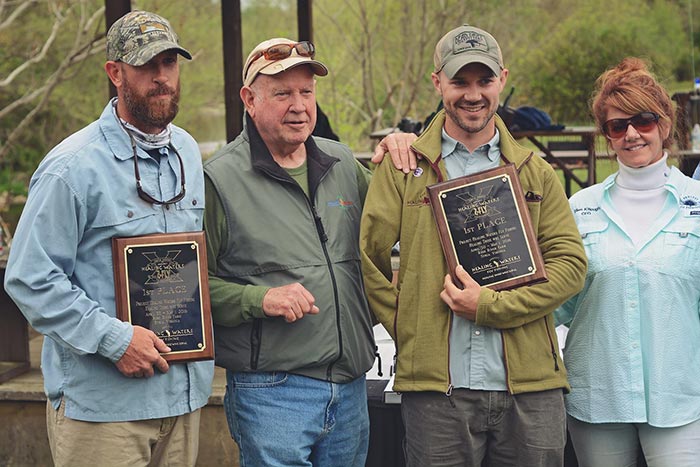 The Tenth Annual 2-Fly Tournament was part celebration of a decade of important work, and part fundraiser to successfully begin the next ten years of Healing Those Who Serve.

Click here for lots more photos from this great event.

Ed Felker is an artist, graphic designer, writer, and outdoorsman who lives in Virginia. He writes the Dispatches from the Potomac blog, which is worth checking out, if you like the outdoors, dogs, and fly fishing.