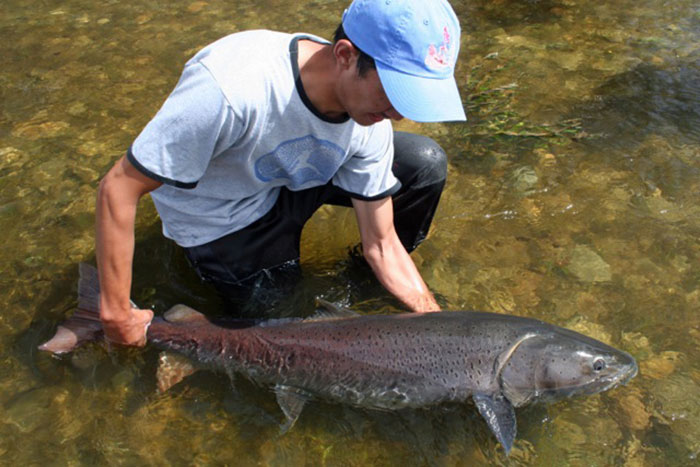 One of the many benefits of longer-term commitment is the chance to be part of a deep-rooted success. Way back in 2008, when the World Wildlife Fund (WWF), Rare, Nomadic Journeys, and Mongolia River Outfitters launched their first taimen-awareness campaign, the original slogan translated roughly as “Brothers, if we catch taimen, let us release them.” 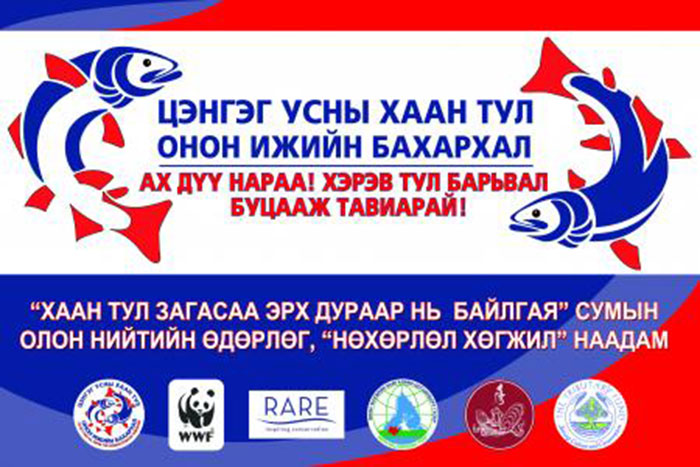 Many organizations have come together to support the effort.

Five years later, that message evolved into this challenge on posters and bumper stickers: “I changed my behavior to catch-and-release only. Have you?” Meanwhile, six soums (analogous to U.S. counties) in the Onon valley, along with three soums in the upper Delger watershed, signed long-term agreements to preserve more than 400 river miles of wild-taimen habitat. This model public-private partnership places a strict annual cap on angler numbers and allocates 50% of permit fees to support the conservation and education campaigns of local fishing clubs. 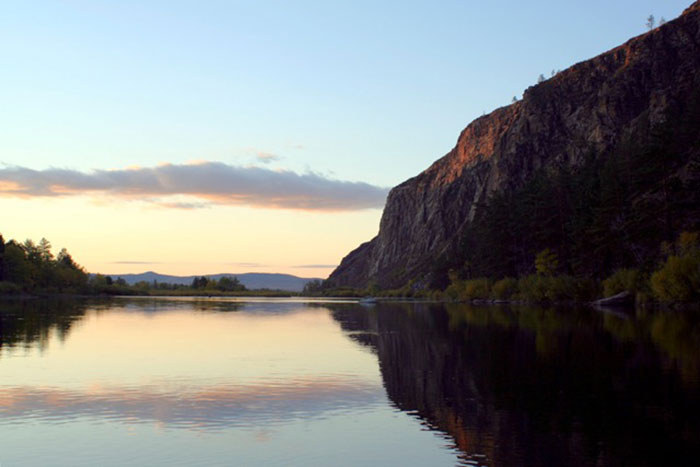 These pristing river valleys must be protected from development and overfishing.

All anglers must use single, barbless hooks, while international anglers are restricted to fly-fishing only. Communities along the Onon banned the use of motorboats, as well as the construction of permanent infrastructure for tourism, mining, or commercial forestry along the riverbank. Perhaps most importantly, they agreed to prohibit the establishment of hatcheries, dams, or commercial water-extraction projects. 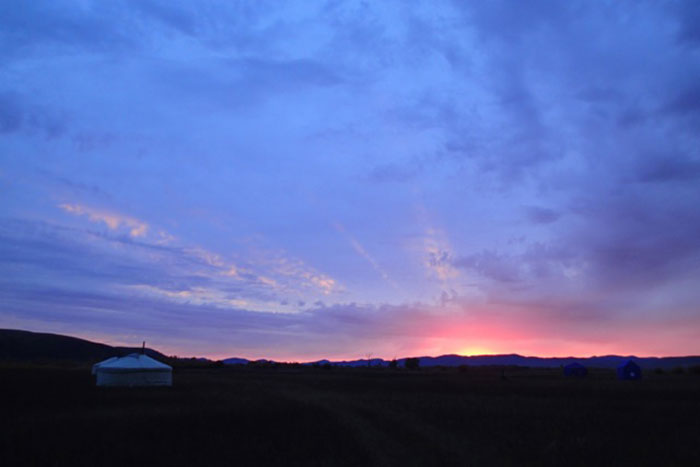 Mongolia’s beautiful landscape is a draw for adventure-seeking anglers.

This is a dream come true for those of us who love wild taimen and intact rivers and who value the local communities that deserve the greatest credit for preserving these resources. And it did not happen either by lucky accident or national decree. Many, many people supported the cause: scientists, marketing specialists, tour guides, outdoor gear manufacturers (including Orvis), beekeepers, cooks, jeep drivers, interpreters, herders, politicians. Some were born in the valley, others in strange and faraway places with hard-to-pronounce names, like “Minnesota.” 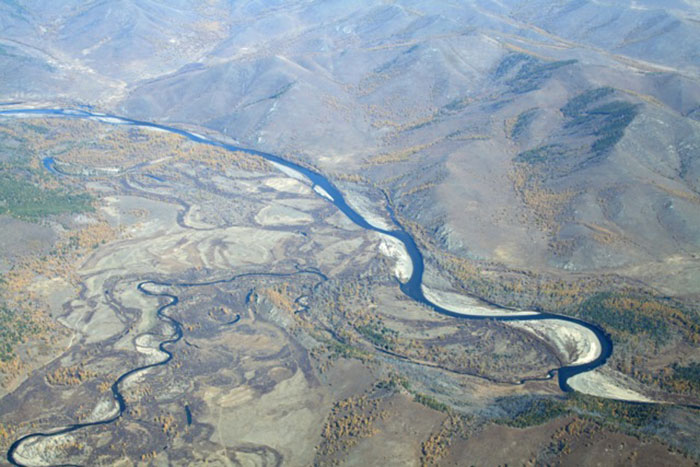 The remoteness of the river demands that many local governments work together.

And, yes, the anglers. A few, maniacal anglers. For comparison, imagine trying to negotiate a similar agreement with all the county zoning boards along the Yellowstone River, from Gardiner to Billings. Or attempting to reach any sort of agreement with even a small handful of towns along the Delaware River, from New York’s Catskills to Trenton, New Jersey. 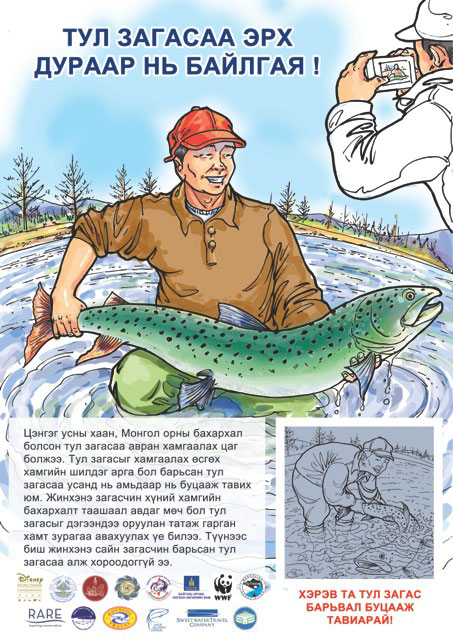 This is an ongoing effort that requires support from around the world.

But we’re not done yet. The 2013 and 2014 seasons marked the successful launch of the “National Mongolia Taimen Awareness Campaign,” facilitated with support from the Disney Worldwide Conservation Fund and the Taimen Conservation Alliance. Two messages here: “Taimen are unique freshwater fish and the pride of Mongolia. If you catch taimen, please release them!”

Peter W. Fong is a writer, a photographer, and the head guide for Mongolia River Outfitters, an Orvis-endorsed International Destination.