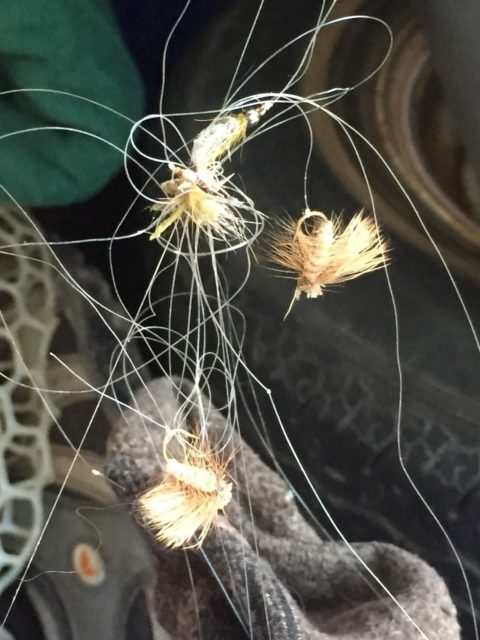 If you do this to your leader, you’re futzing when you should be fishing.
Photo by Bob Streb

Fish put our flies in their mouths and then spit them out in around one millionth of a second–maybe faster. You have to pay attention if you want to dance with trout, and I see a lot of you futzing instead of fishing.

Futzing is anything one does with a fly rod in hand that is not fishing.

Practice-casting is a form of futzing, albeit a very productive one that most everyone should try before meeting their guide.

Time with a beer can in hand is futzing, but it’s often necessary to help enhance an angler’s focus–or not.

The form of futzing most notorious in the fly-fishing game is the hand check. This is without a doubt the number one reason people miss fish. They look down to see what their hands are doing instead of paying attention to the smart end of that wand they are holding. It is rarely the fly rod that complicates a good day of fishing; it is very commonly a person’s own hands ruining their chances. Hands that people have spent every day of their life with decide to go completely dumb and fight with each other, instead of cooperating to fly-fish. I see this a lot, from beginner to expert. I have a fool-proof way to cure all this nonsense–using a simple quarter–but that’s one of my guide secrets. 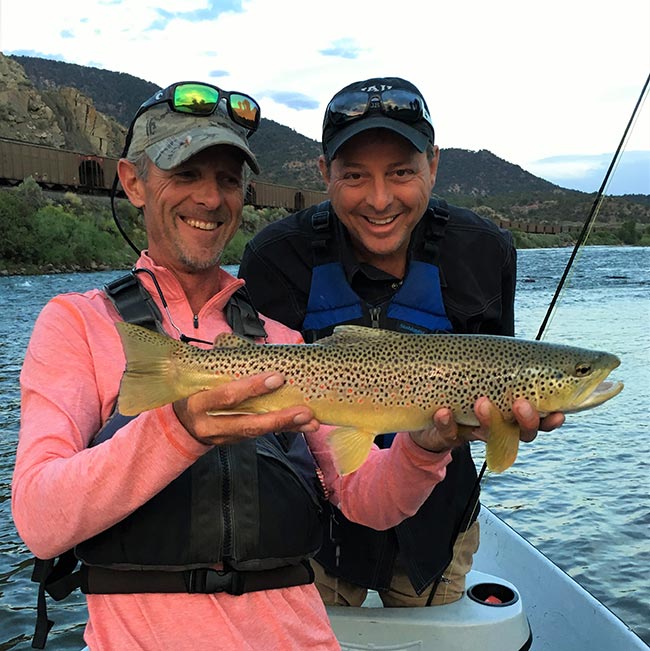 Ever hear the guide three boats down scream “Set!” loud enough to scare you? Trust me, he doesn’t want to holler. He doesn’t even want to talk by this time of year, but sometimes the guide has to scare the client’s rod upward if their head is down. If you aren’t going to pay attention, getting yelled at is part of the game.

Let’s say you are standing in front of a nice, gentle glide that is giving you an easy twenty second drift. Most people futz through at least half of that, just struggling with line management. That means if you are on a four-hour trip during which you are futzing instead of listening to the guide and fishing, you are really getting just two hours of productive presentations. I’ll do the numbers for you: a four-hour walk-and-wade trip for one angler costs $250; if you fish all 240 minutes perfectly, it costs just over a buck a minute. If you spend the time hand-checking and futzing and end up with one of those thirty-minute fishing days, it’s going to cost you more like twelve bucks a minute. The guide gets paid either way, so it’s really about what you get out of it.

Bob Streb is a longtime fly-fishing guide in Colorado’s Vail Valley, currently hangs his guide hat at Colorado Angling Company in Wolcott. He also writes the Bobber Talk blog, from which this is adapted, and is a former Orvis News Trout Bum of the Week.