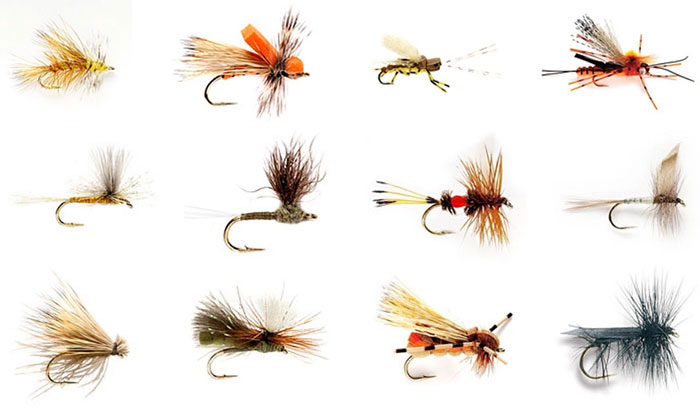 By looking to the skies, you can narrow your dry-fly options dramatically.
Photos via orvis.com

Successful fly fishers approach the water like detectives. By gathering clues along the trail, on the streambanks, and from the air, they you can make an educated guess about which fly patterns will work best. It’s always exciting to discover that there are bugs on the water and in the air because that means dry flies are in order. Ideally, you can collect a specimen of the prevalent insects and then match it to something in your box. But what if the only evidence you have is bugs in the air?

Although you won’t be able to narrow things down to a specific species, the flight patterns of the three major orders of aquatic insects–mayflies, caddisflies, and stoneflies–are distinctive enough that an angler can identify the type of insect from as far as 50 feet from the river. These are the things you need to look for if you want to match the drys by the way bugs fly.

Like a ballet with 100,000 dancers, the swarm and flight of the mayfly traces an even, graceful wave over the water. Traveling first upstream in a measured up-and-down motion, the individual mayfly will then reverse course, retracing its steps as it rises and falls through the air on its way back downstream. This flight pattern is unique to the mayflies and should point you to the parachutes, extended bodies, and mayfly dun and spinner patterns in your fly box.

Mimicking the hyperactive movements of a group of second graders with unrestricted access to chocolate and Mountain Dew, the flight of the caddisfly is chaos in motion. Witnessing the spiral and bounce, cork-screw and fluttering flight of the caddis should automatically direct your fingers to the part of your fly box devoted to tufted elk-hair wings, tented turkey-quill wings, and foam bodies.

The stonefly’s two pairs of long wings churn through the air in a heavy methodical beat, like a chinook helicopter on a mission. Stoneflies don’t waste energy dancing or twirling like our other insect orders, but push straight forward with slight corrections to their course. Some of our stoneflies are so large that the angler will often feel the stoneflies in flight before seeing them as they crash land into one’s neck or arms. When you see the straight-forward flight of the stonefly over the river, you can go with confidence to the long-hair wings, foam bodies, and bouncing rubber legs of the dry stonefly patterns in your fly box.

So, the next time you head to the river, keep your eyes on the sky. Watch how the bugs are flying and choose a dry accordingly. 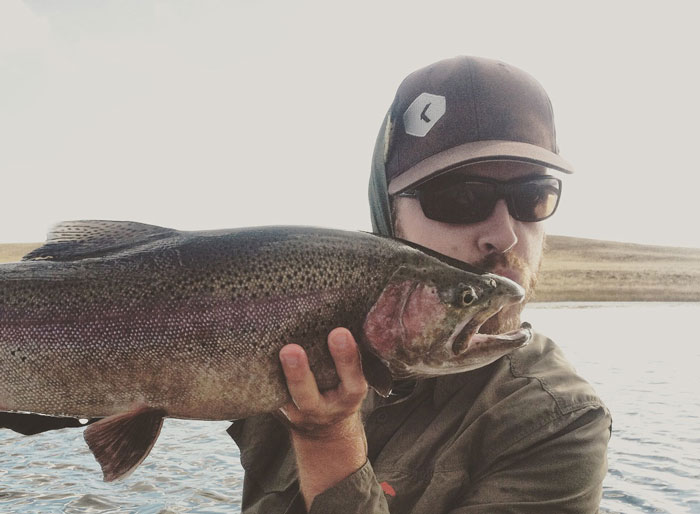 The author gives a smooch to a huge rainbow.
Photocourtesy Peter Stitcher

Peter Stitcher is an Aquatic Biologist and the CFG (Chief Fly Geek) at Ascent Fly Fishing and River Oracle Inc. As a biologist, Peter works in the assessment, restoration, and management of trophy trout waters across the Western US.Hear his interview with Tom Rosenbauer in a recent Orvis Fly Fishing Podcast.

4 thoughts on “Pro Tips: How to Match the Hatch by Observing Flight Patterns”