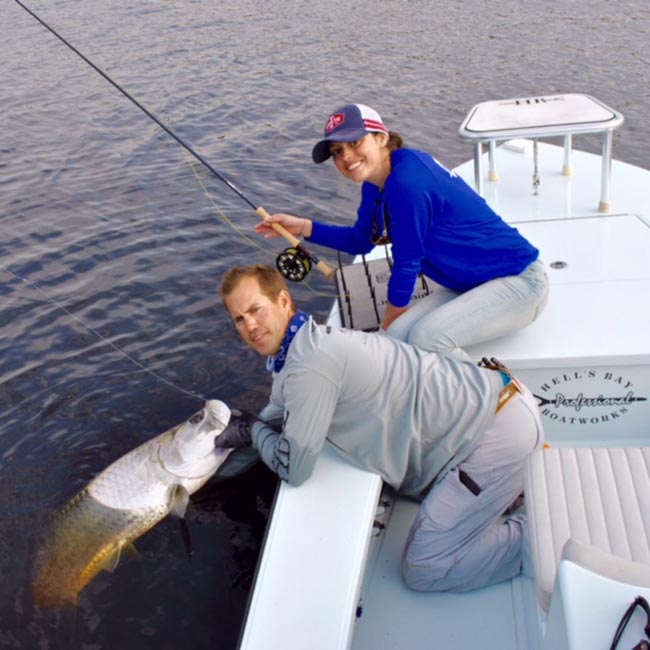 Most guides and anglers in South Florida consider tarpon season to be from April to July, depending on the weather. A lot of that fishing takes place in the Keys on the oceanside flats and, in some cases, in Florida Bay. The waters off Flamingo, in Everglades National Park, also offer a tarpon season that usually starts in March (depending on the weather) and can last well into the summer months.

But after the fish head north, along with many anglers, the backcountry of the Everglades loads up with tarpon. This is what I like to call “Tarpon Season #2.”  You can cast flies to lots of resident fish, and this action can last until we start getting regular cold fronts, which usually is around the time World Series gets underway. The best part about this late season is that, in most cases, you have the Everglades to yourself. During what is considered the slow time of the year for anglers in the Everglades, you can enjoy some great tarpon fishing. 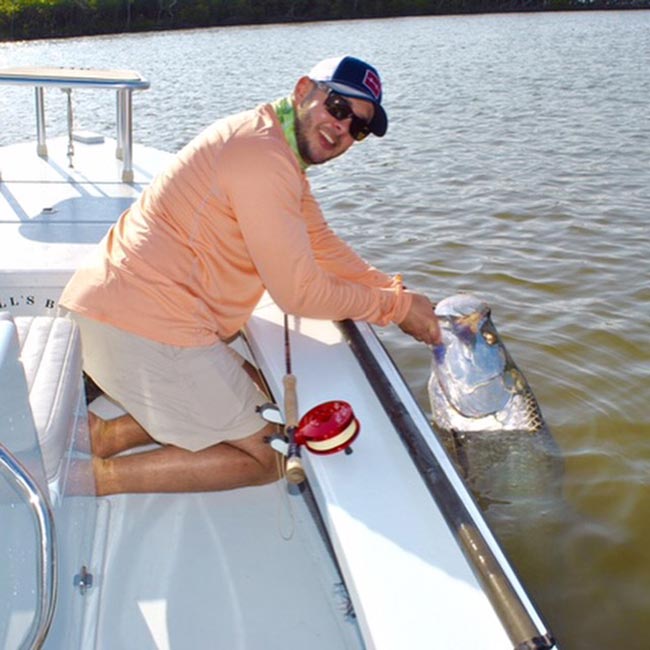 The late season offers uncrowded waters and plenty of 40- to 80-pounders.

In some scenarios, you can sight-fish to these tarpon, which range in size from 40 to 80 pounds.  And there’s nothing like having an 80- tarpon lying motionless on the surface just 30 feet from the boat. In most cases, you are fishing for rolling tarpon in rivers and creeks. I find that using an intermediate line to get your fly down to the tarpon is essential.  When tarpon are in these rivers and creeks in the Everglades, they usually roll and then go straight down to the bottom.  A floating line will carry your fly right over the top of the tarpon, and they will never see it.  All these rivers and creeks have stained water, so you really need to get that fly down to the fish. 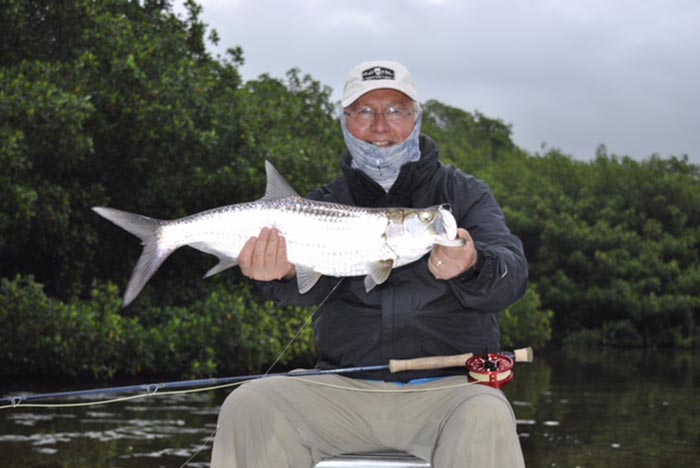 Baby tarpon are easy to hook, but they’re tough to land because of their intense acrobatics.

Our “Tarpon Season #2” also brings out some of the best baby-tarpon fishing of the year. These little guys range from 5 to 15 pounds and are a blast with a fly rod. In South Florida, late summer and early fall spells the end our wet season. I have found that these baby tarpon are most active when we have a lot of rain. When I’m chasing babies, I use a floating line with a smaller fly. Basically, if the fish see the fly, they eat it.Baby tarpon aren’t the easiest fish to land, due to their acrobatic nature, but it doesn’t take much to get the bite.

Capt. Jason Sullivan owns and operates Rising Tide Charters, based in Flamingo. Click here to listen to the great podcast that Captain Sullivan did with Tom Rosenbauer earlier this year. 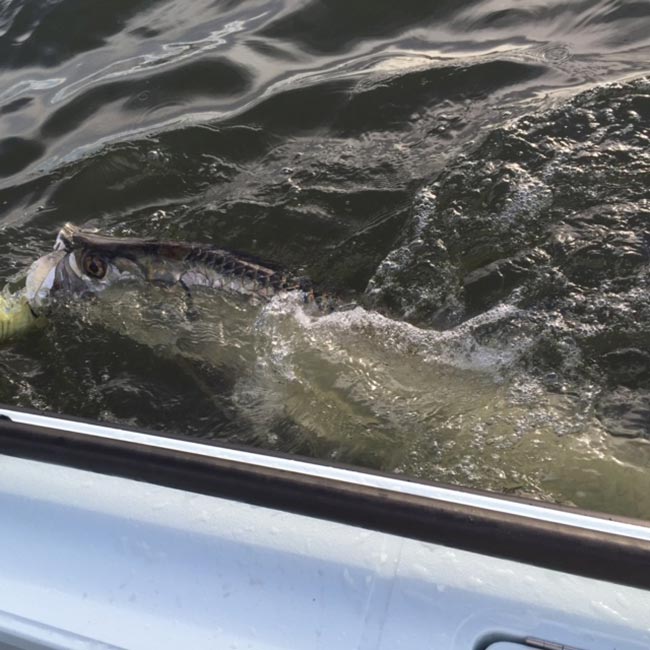 Another silver king comes to the boat!