The author shows off a brown trout caught in February on the Dream Stream section of the South Platte.
Photo courtesy Trouts Fly Fishing

While I realize this list might make a few eyes roll, due to the lack of dry flies or streamers, the fact remains that nymphing through the winter is the most consistent way to produce fish day-in and day-out. I talk to a lot of anglers with busy family and work schedules, and I firmly believe that when the opportunity presents itself to hit the water on a pleasant winter day, the simple act of catching fish is the top priority. Sure, it’s exciting to hit a textbook blue-winged olive hatch, where the fish get super selective and the choice between a size 18 or 20 Film Critic makes all the difference in the world, but a lot of folks don’t have the time to wait for such a situation.

As a guide, the majority of my personal fishing time is limited to the winter, and I spend a ton of time on the water from November through March, making up for lost time. I can say with certainty, these following 10 patterns account for at least 95 percent of the fish I catch during the winter. 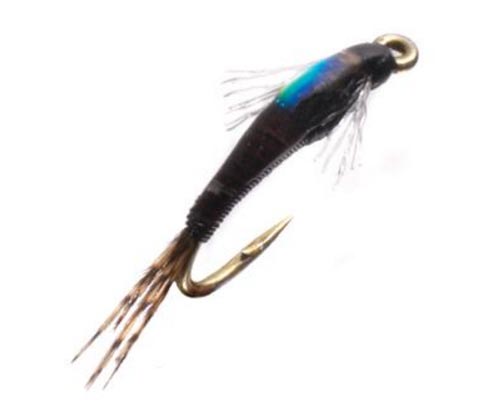 1. Jujubaetis
(Purple or brown; sizes 18-20 )
How can you not start here? Developed by Denver tier Charlie Craven, this fly just flat catches fish. It may not always be the number one producer on any given day (although sometimes it will), but it’s always a safe bet to see if the fish are keyed in on Baetis. 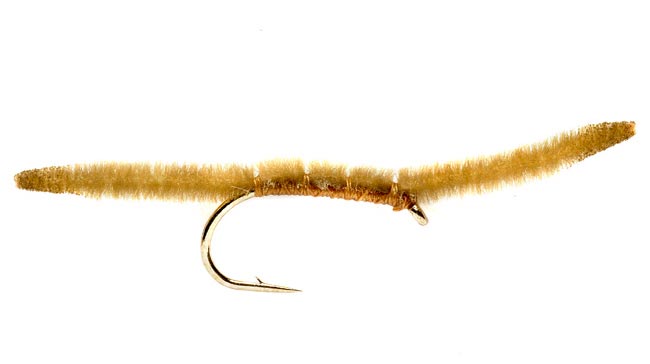 2. San Juan Worm
(Brown, wine, or red; sizes 10-14)
There’s no such thing as a winter day where a San Juan Worm doesn’t make an appearance on the end of my line. Yes, I realize it’s about as unoriginal as it gets, but it catches fish, and isn’t that why we’re out there in the first place? Just remember: “All fish like worms.” 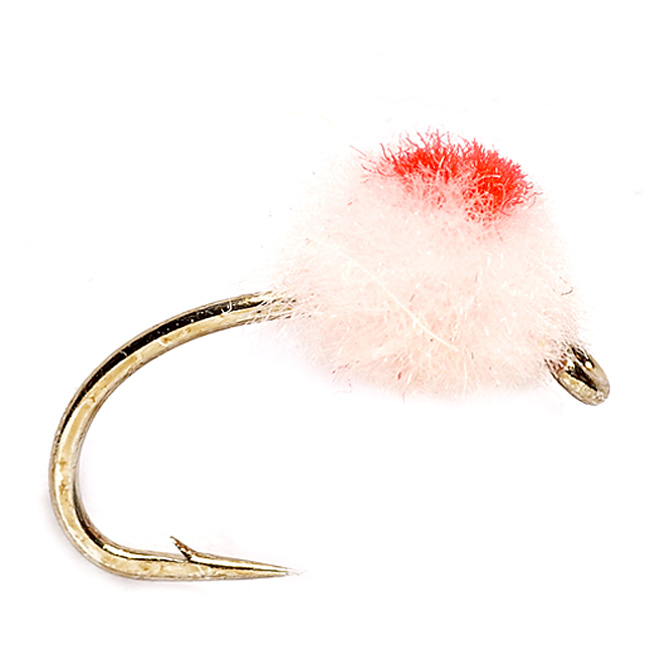 3. Egg Pattern
(sizes 10-14)
From the brown trout spawn in the fall, followed by rainbows and cutthroats in the ppring, there are more real eggs in the river system in winter than at any other time of the year. Eggs represent a non-escaping food source for trout and make for an easy target when metabolisms are slow due to the cold water. 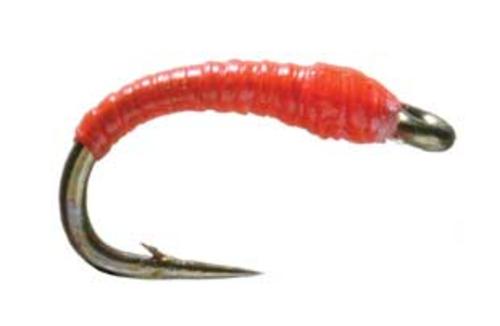 4. Pure Midge
(Red or black; sizes 18-22)
Come wintertime, the Pure Midge is my go-to midge pattern in every sense of the word. I trail this behind any other nymph listed here from November through March. Like the San Juan Worm, rarely a day goes by where I don’t spend at least a little time fishing this one. 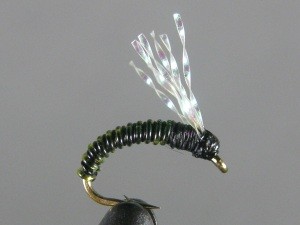 5. Jujumidge
(Red or black; sizes 18-22 )
You can’t expect to talk winter fishing and not include several midge patterns. The Jujumidge works great on “technical” trout in places such as the Dream Stream and Cheesman Canyon. If I see fish in shallow riffles during the winter, a Jujumidge is usually all it takes to get my fly rod bent. 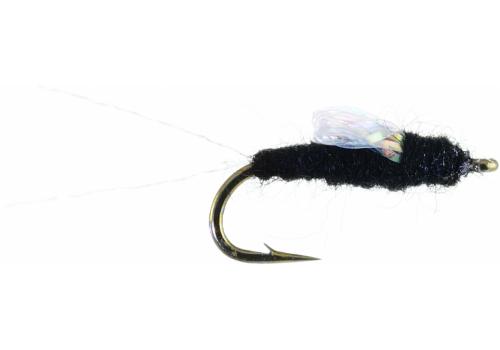 6. Rs2 Midge
(Black; sizes 20-22 )
These next two patterns are staples for me, as well. The Rs2 has caught trout from coast to coast and will always have a place in my fly box. I particularly like this fly when the fish seem a little cranky and are only interested in “simple” flies. It can also work great when the fish aren’t cranky. Simply put, the Rs2 is a fish-catching machine. 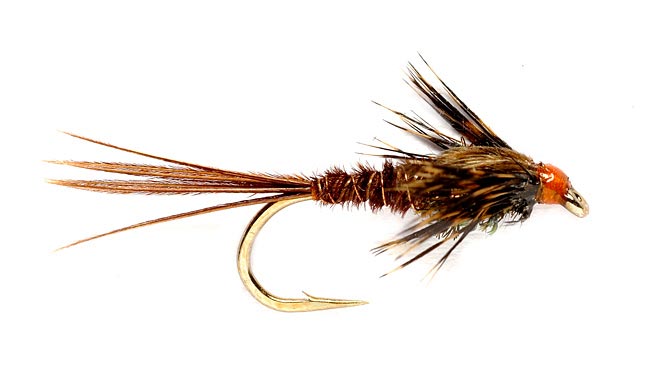 7. Standard Pheasant Tail
(sizes 18-20 )
Like the Rs2, the plain-Jane, non-bead, non flashback Pheasant Tail has put some of my biggest winter fish in the net. I reach for this fly particularly on the coldest of days. Small, dark, compact, non-flashy, the standard pheasant tail is what I rely on when the going gets tough. 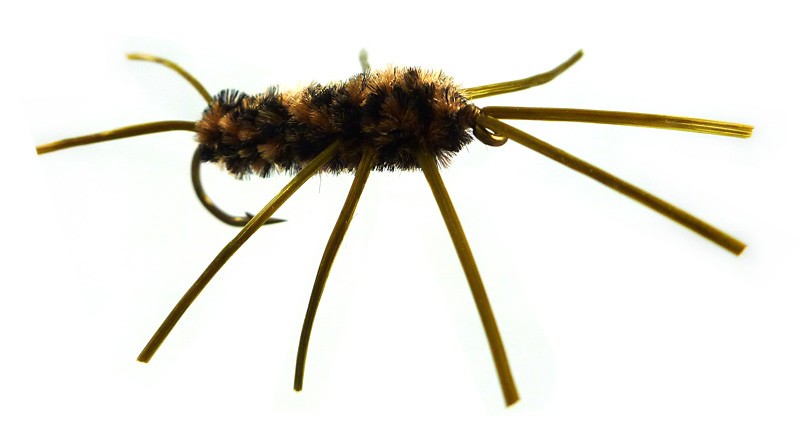 8. Pat’s Rubberlegs
(Brown or coffee/black; sizes 8-12 )
While the Front Range of Colorado may not be as famous for stoneflies as other parts of the country (i.e. Southwest Montana), there are still plenty of them around, and the fish take note. Fishing these can work great everywhere from shallow riffles to deep green buckets. 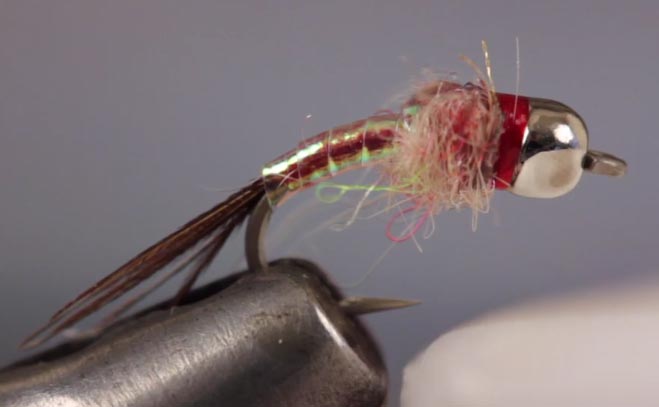 9. Rainbow Warrior
(sizes 18-22 )
I’ll be honest: I have somewhat of a love/hate relationship with this fly. It’s kind of loud and flashy and just doesn’t give me one of those instant “oh, this is gonna crush ‘em” feelings. However, I’ve certainly seen this happen, even on some very crowded days where you think the fish would be on high alert. I reach for this fly the most when the flies I think should be working aren’t. 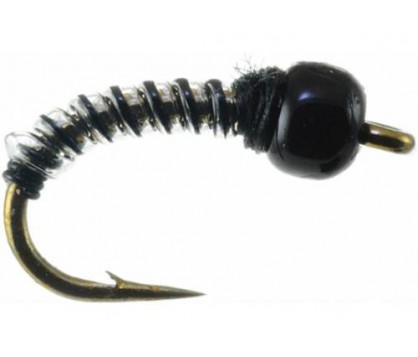 10. Mayer’s Tube Midge
(Red or black; sizes 18-22 )
We’ll round out the top 10 with another Colorado-born and -bred fly pattern, developed by Landon Mayer. The Tube Midge fishes great in both the tungsten and non-tungsten renditions and provides a slightly different profile in the water than the Pure and Juju midges mentioned earlier.

Kyle Wilkinson is the Outfitting and Communications Manager for Trouts Fly Fishing in Denver, Colorado.

6 thoughts on “Pro Tips: Top 10 Flies for Winter on the Front Range”