The following is a piece that recently appeared in the Huffington Post, authored by PBS “Saving the Ocean” host Carl Safina and Rare CEO Brett Jenks:

You know that hunger and the oceans are on a collision course when your 89-year-old mother phones you — as Safina’s mom did this morning — and says, “Did you see the article saying that we’re driving seafood extinct? We’d better go get some oysters and some blackfish before they’re all gone!” The irony wasn’t entirely lost on her (she was laughing), but she wasn’t entirely kidding, either. “Get ’em while supplies last” is most people’s first response to scarcity. And when billions of people have the same first thought, disaster is right around the corner.

The United Nations estimates that three billion people rely on fish as an important source of protein, while about 65 percent of the world’s fisheries are overfished. Worse, a new study in Science magazine concludes that humans have so profoundly depleted ocean life, we’re causing mass extinction in the sea. But that study also concludes that establishing protected areas could avert many sea-life extinctions.

Ocean fish depletion haunts the world’s coastal communities, where most people live. It’s as true of Jakarta as of Boston. But protecting specific areas — if done before collapse, and if the areas protected are sufficiently large — can allow fish populations to rebound. Fishing around those reserves can then ensure fish and food. Think of it simply: in order to have continued supply and demand, you need supply. You can’t just take from everywhere; you have to have some places reserved for production. It’s startling that with something as important as hunger, something so basic as food supply still isn’t universally understood.

If such a strategy as protecting ocean production is a clear win-win, why isn’t every coastline a mix of fishing and no-fishing areas? It’s difficult to convince fishermen to leave fish in the sea while it’s getting harder to catch enough to survive and feed a family. Yet leaving fish in the sea while their numbers are dwindling is precisely, now, the only hope.

As we see it, the three critical ingredients to sustaining coastal fish and the habitat on which they depend are: no-take reserves, exclusive-access areas where only local fishers can reap benefits of protecting their reserves, and community support. Once those conditions are in place, government support, monitoring and evaluation, local enforcement, and improved links to markets help solidify and institutionalize conservation.

Rarely have all of these elements been brought together. A unique collaboration with Rare’s major funder, Bloomberg Philanthropies’ Vibrant Oceans Initiative, set the groundwork for this effort. Rare is partnering with Environmental Defense Fund and the University of California at Santa Barbara’s Sustainable Fisheries Group to bring these solutions together in coastal communities around the world. 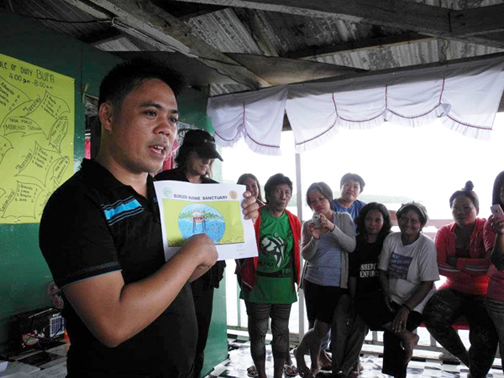 A Rare instructor works with a local community
Photo by Rare

The program is called Fish Forever because that’s what its founders aim to make possible. This year, 50 different fishing communities in the Philippines, Indonesia, Belize, Brazil, and Mozambique will launch the first Fish Forever projects. By 2019, thanks to brave local officials and fishermen desperate to recover local fish populations, Fish Forever aims to put 20% of these nations’ relevant coastlines on a path to sustainability. 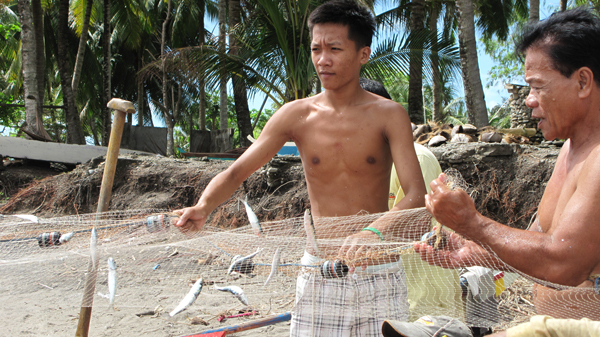 News of the oceans need not bring despair to mothers worldwide. But it requires courage for communities to come together and forge a path through this ocean-hunger bottleneck. Fortunately, there’s a way.

Rare’s Fish Forever program in Belize is the recipient of an Orvis Customer Matching Grant. Donate to this remarkable program and Orvis will match your gift, dollar for dollar, up to $30,000.

Brett Jenks is CEO of Rare. Rare envisions a world in which all people and the planet flourish.

One thought on “Rare: A Recipe for Seafood Survival”