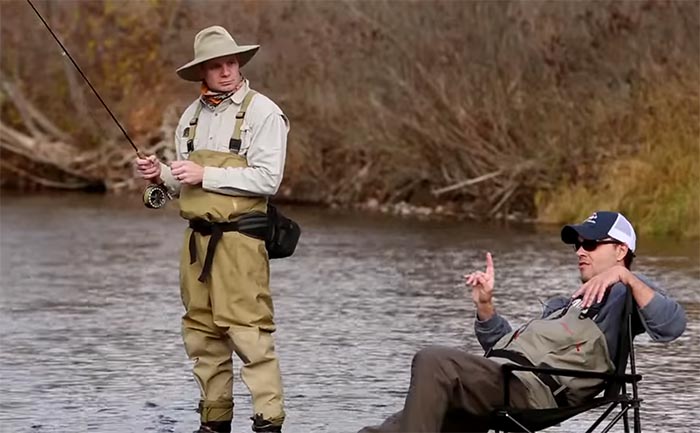 Reese really nailed his character’s look of bemusement whenever Hank says something ridiculous.

The fly-fishing world lost its most beloved straight-man last night, when Reese Ferguison passed away at the age of 46 after a several-year battle with cancer. In his role as “Crazy Reese,” the near-silent favorite client of Hank Patterson, Reese’s dry, dead-pan responses to Hank’s zaniness made both characters even funnier. (I say “near-silent” because, although I always thought of Reese as Teller to Patterson’s Penn, when I went back to the very first Hank video (below), I realized that Reese actually speaks right off the bat.)

Reese appeared in seven Hank Patterson videos, but about two years ago, he became too sick to participate. At the time, Travis Swartz (who plays Hank) told the Boise Weekly, “Well, he’s not physically in the videos anymore, but … none of it would exist if it weren’t for him.”

In fact, according to Travis, the videos were Reese’s idea in the first place, and he always encouraged Swartz to keep going and make more. The main reason they made the first video was to win the 2012 The Drake fly-fishing film contest, so they could use the $1,000 prize money to make a film about Reel Recovery. That film, “Be Well! Fish On!” A Reel Recovery Experience, debuted in 2013, with Reese as one of its main subject. It’s well worth your time to watch it.

Reese and Travis were high-school buddies who grew up together in Boise, Idaho, and theirs was a great partnership. This morning, Travis offered a heart-felt goodbye on the Hank Patterson Facebook page:

I lost the best friend a person could ever hope to have last night and it breaks my heart. . . . I can never repay the laughs and wisdom and friendship that Reese brought to my life. The joy that Hank Patterson has given me, the friendships with so many fly fishers all over the world is all because of him. It was his idea to make the 1st video, his idea to make the 2nd video and his idea for me to keep it going. Please take a moment today and the next time you are on a river to remember Crazy Reese! and the smiles and laughs he’s brought to your lives. Remember to let your friends know how much you love them and appreciate them.

Reese leaves his wife, Kim, and their two kids, Justin and Maia. He will be missed by the entire fly-fishing community.

If you’ve ever laughed at one of these great videos, consider making a gift in his memory (or in memory of someone else in your life who suffered from cancer) to Reel Recovery. 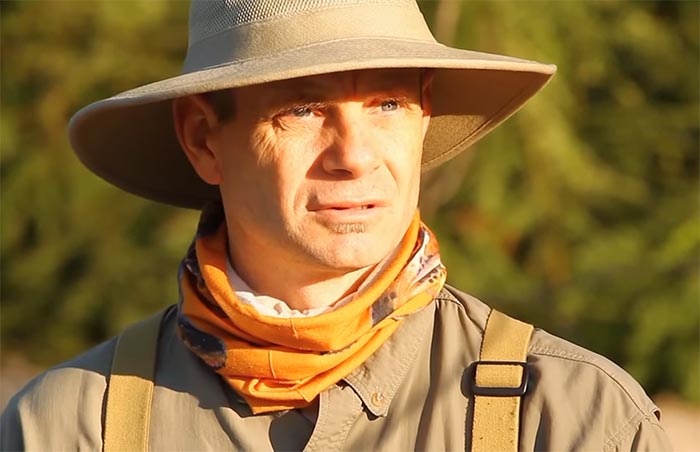