Editor’s note: Pennsylvania fly-fishing legend Charlie Meck passed away last week. I could write a standard remembrance, but then I saw Paul Weamer’s beautiful tribute on his Facebook page on September 20. He’s generously given us permission to publish it here.

Today is a very sad day for me and the fly-fishing world. My friend Charlie Meck died on Tuesday afternoon. He passed peacefully with his family beside him.

Charlie was a fly-fishing icon, the author of fifteen fly-fishing books and hundreds of articles, and a member of the Pennsylvania Fly Fishing Hall of Fame.

Charlie was the first angler to write in-depth about the Hexagenia atrocaudata hatch. His book, Pennsylvania Trout Streams and Their Hatches, really created the genre of river guide books that are so common today. Perhaps Charlie is best known for his fly pattern, the Patriot, which was one of the first dries to incorporate synthetic materials in its construction.

Many younger fly fishers may not realize that when they fish a tandem set, with a dry fly and nymph, that they probably owe this prolific fish-catching technique to Charlie. Charlie was on a western fishing trip, and his guide used a tandem rig to fish. Fishing this way was very uncommon to Eastern fly fishers at the time. It wasn’t until Charlie detailed the technique in his groundbreaking book, Patterns, Hatches, Tactics, and Trout, that most eastern fly fishers began using dry-dropper rigs. Charlie made many other contributions–too many to list here–to our understanding of fly-fishing hatches and theory. 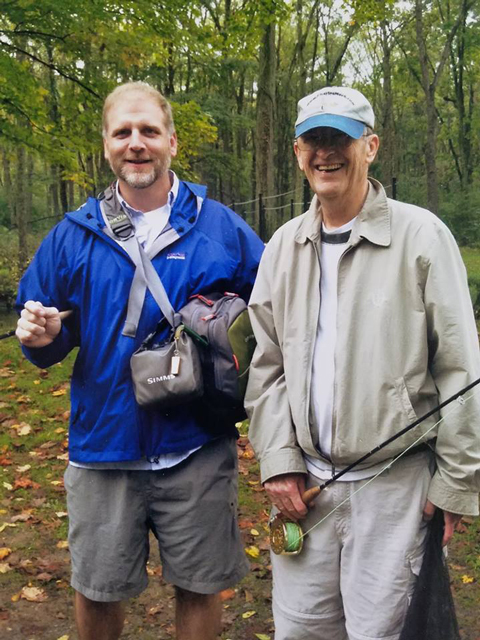 But for all that Charlie gave to the fly-fishing world during his life, he gave much more to humanity. Charlie was one of the finest human beings I’ve known. He was kind, humble, unpretentious, and he loved people. His caring acts affected hundreds and most will never be known beyond the people he helped. I dedicated my first book to him because I may have never had a fly-fishing career without his guidance. But I’m also a better man because I knew him.

A few months ago, Charlie and I were discussing our books–which ones were our favorites, which sold better than others. Charlie told me that his favorite book he wrote was Memory Rising: Hatches, Waters, & Trout. If you’ve never read it, you should.

Seven years ago, I wrote a piece for my Fly Fisherman magazine blog about Charlie. You can read it here.

Today the sun rose. Fish will rise. And anglers will head to trout waters to cast their flies. But the world and the waters won’t be the same without Charlie in them. I will miss our talks, my friend. Thank you.

Paul Weamer is a fly-fishing guide, contributing editor for Fly Fisherman, and author. His most recent book is The Bug Book: A Fly Fisher’s Guide to Trout Stream Insects