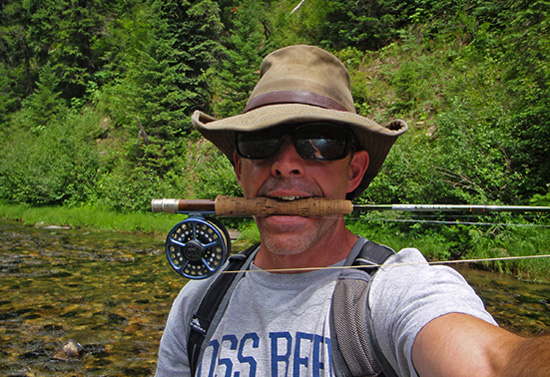 Kirk Werner has some dagy advice for his fellow anglers.
Photo via deneki.com

At the end of July, Andrew Bennet of Deneki Outdoors, wrote an excellent post called “13 Habits of Highly Effective Anglers,” which got a lot of play around the Web. Among the useful tips were:

1. Check your knots.  Every single time they tie a knot, effective anglers give it a good tug to make sure it’s strong and seated correctly.  Every time.  It is very unusual for a really good angler to ‘break one off’.
2. Keep your hooks sharp.  Almost any time he touches his fly, a great angler will check its point to make sure it’s sharp.  If it’s not, he’ll sharpen it or replace it.

The rest of the list is equally fine, and all anglers should give it a read.

3. Forget your gear. Keeping your gear organized is sound practice as it may help eliminate the tendency to forget certain important items, such as wading boots and a reel. When you get to the river and realize you’ve forgotten your wading boots and reel, you may be inclined to utter strong words, such as but not limited to, “doo-doo”. . . .
9. Let the fish eat someone else’s fly. The Unaccomplished Angler is the consummate conservationist. By being way too slow—or in many cases premature—on the hook set, they inevitably catch far fewer fish than their compadres. There’s nothing wrong with that as it leaves the fish for the skilled anglers who deserve their just reward. Relax and take comfort in the knowledge that your buddies and the fish appreciate your inabilities.

It’s brilliant stuff, and I know that I recognize many of the “tips” in the second list from my own angling life.

3 thoughts on “Classic Pro Tips: The Habits of Highly Effective. . .and Ineffective. . .Anglers”