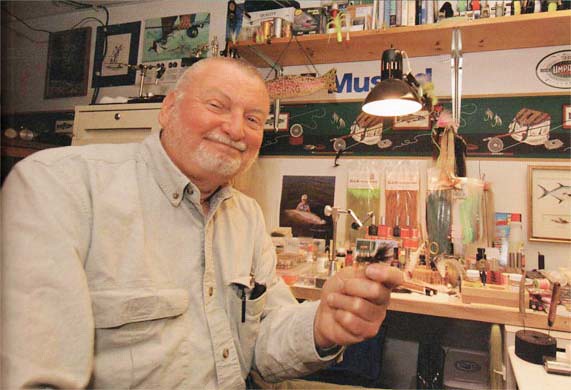 If you’ve ever wondered about the origins of the world’s most popular fly, Fly Rod & Reel has a great interview with Fred Blessing, son of the late Russell Blessing, the man who first tied a Woolly Bugger way back in 1967.

“When he created the fly in 1967, he wasn’t an avid fly tier like he was in his later years. He actually created it for smallmouth bass. He wanted to create something similar to the Dobsonfly lava. He later added a marabou tail, which created the Woolly Bugger.”

A little-known fact is that the fly was named by Blessing’s 7-year-old daughter, Julie.