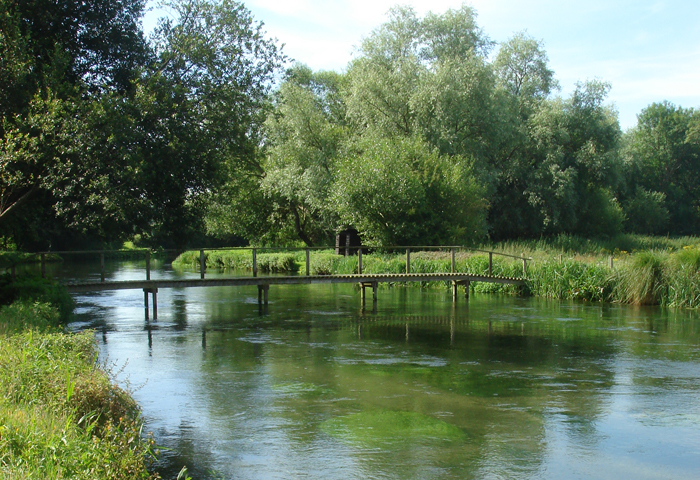 We were delighted to learn from our friends and colleagues in the UK that, thanks in no small part to the work of the Salmon & Trout Association (S&TA) and Hampshire and the Isle of Wight Wildlife Trust (HIWWT), for the first time ever, the UK’s Environment Agency (EA) has decided to limit phosphate discharges into the legendary River Itchen. This is an important step in reducing pollution and restoring the condition of the river and its wildlife habitat.

For years watercress farms along the banks of the Itchen have been permitted to release phophate into the water, thereby encouraging the growth of excess algae, smothering the riverbed and altering the ecosystem. S&TA and HIWWT have worked together, joining forces to restore this national treasure. Thanks to funds from individuals and corporate sponsors, including Orvis, they have installed five water samplers to test phosphate levels in the main river and tributaries, with independent analysis undertaken by Southampton University. The results of these tests helped to inform the EA’s decision.

Paul Knight, S&TA’s CEO, declared, “We are delighted that phosphates are at last being controlled in the river. A great deal still needs to be done to bring the Itchen back to its former glory days, but this is an encouraging start. S&TA and our colleagues in HIWWT will continue to monitor progress on the Itchen, and lobby intensively at both local and national level for the required commitment to protect all UK rivers from an increasing demand for commercial exploitation of our water resources. In particular, we are demanding that all abstracted water should be returned to the river in no worse state than it was received, and this is especially relevant to commercial activities such as watercress farming.”

S&TA will continue its independent monitoring of the river and tributaries on a daily basis to record progress made in cleaning up the Itchen’s water quality, coordinating this work with HIWWT and Southampton University, and making results known to the EA, which only monitors the river once a month. Meanwhile S&TA and HIWWT have plans to continue their highly effective partnership to tackle other issues impacting the chalk streams, of which England hosts a staggering 85% of the entire global resource.

S&TA and HIWWT are to be congratulated for their commitment and diligent work, and the UK’s Environment Agency is to be praised for taking this important step to protect our environment. 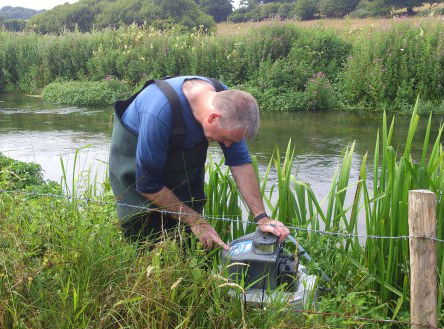 Dr. Pete Shaw, Southhampton U., calibrates one of S&TA’s five water samplers on the Itchen
Photo by Salmon &Trout Association