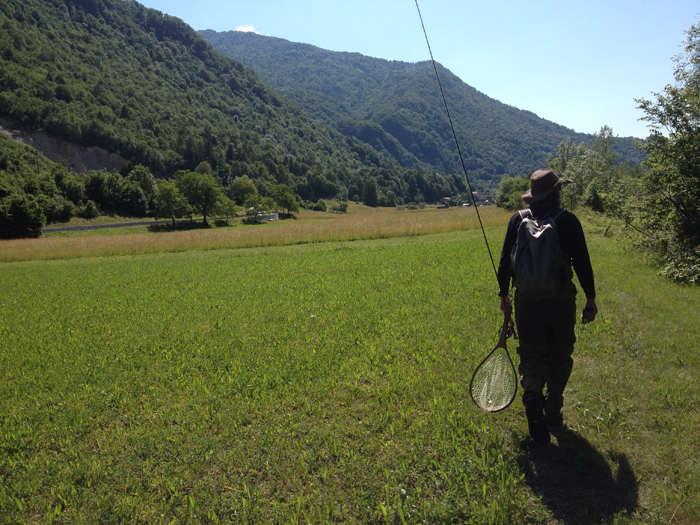 Walking into the Soca River on a glorious morning outside Kobarid, Slovenia.
Photo by Sandy Hays

Today, we kept things close to home by fishing the Soca River just five minutes south of town. It’s a pretty big river, and the shocking blue color of the water is arresting. We parked Matt’s car and walked through some hay fields, until we came to a place where a fallen tree created a perfect seam, the kind that experienced fly fishers know as perfect trout habitat. 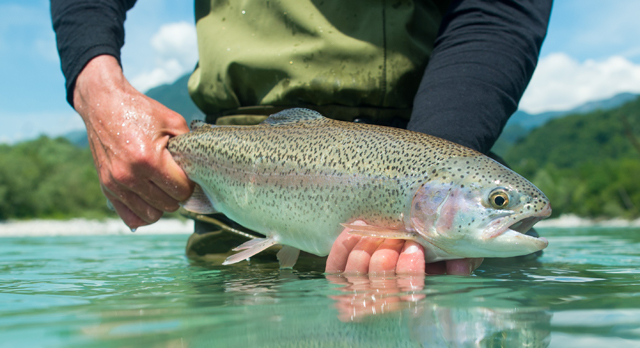 The Soca rainbows are gorgeous, with muted blues and reds.
Photo by Sandy Hays

We were fishing light, using 9-foot 7X leaders, with a beadhead mayfly nymph at the end. In Slovenia, you can use only a single, barbless fly, and no indicators are allowed. I prefer nymphing naked, but the glare on the water did make the tip of the fly line difficult to see at times. I’m sure I missed plenty of fish that I didn’t even know where there. 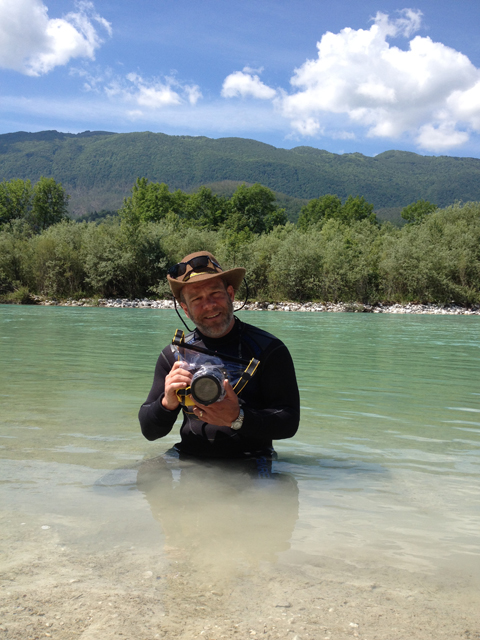 But on my third cast, I hooked a hot rainbow that shot off downstream. After a pretty good fight, Matt got the net under her. The rainbows of the Soca are quite light and silvery because of the river-bottom composition, which is also light. We admired her beauty and put her back. It took just two more casts before I’d hooked another, and the rest of the morning went on in a similar fashion. I’d say I probably hooked or got hits from a dozen trout and landed six of them, with Matt catching another five or six. 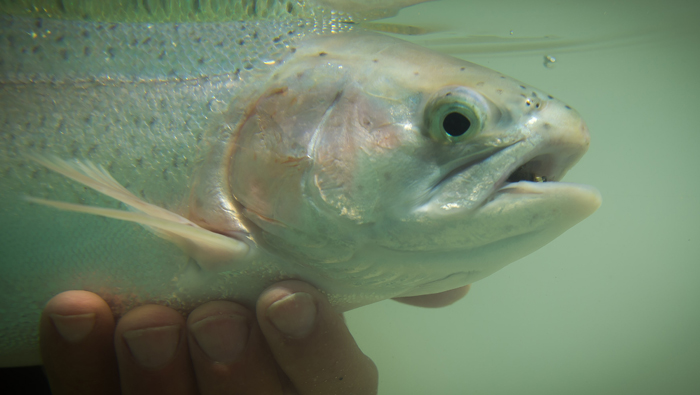 The fruits of the wetsuit were immediately apparent.
Photo by Sandy Hays

This was the day when Sandy really tried out the wetsuit he’d bought just for this trip. He has been my go-to photographer since we first traveled to Quebec together in the late 1990s, and with every trip he tries something new: new lenses, new kinds of camera bodies, etc. But I wasn’t ready for the full wetsuit. However, it turns out to be a huge help, allowing Sandy to get cool low-angle shots and be more in control of the underwater photography. 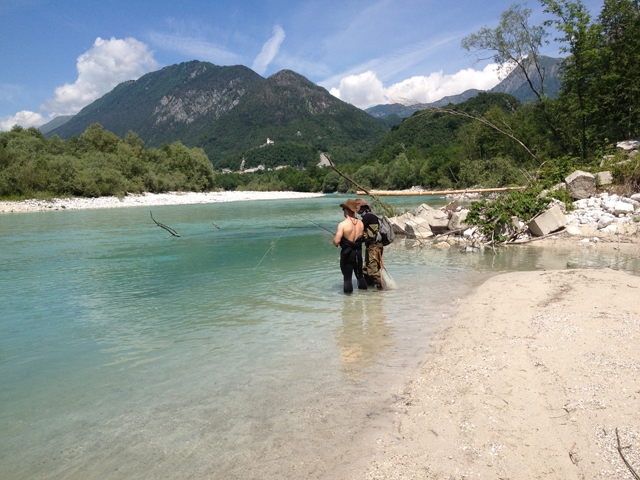 After taking tons of photos on the fish that Matt and I had caught, Sandy wanted a shot at the rainbows.
Photo by Sandy Hays

We spent the afternoon in search of big grayling, but the brilliant sun and rising water from thunderstorms in the mountains seemed to keep them out of sight. I managed to catch a little guy while Sandy was well downstream, so there’s no photo. (I know, I know. . .) Tomorrow, it’s back to hunting big marbles.

5 thoughts on “Slovenia Day Three: Why Are There So Many Songs About Rainbows?”