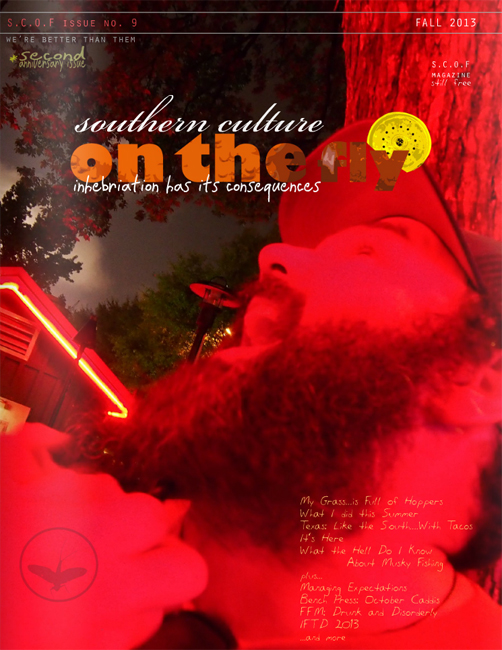 First off, an admission: In 2000, my wife and I packed up and moved from the mountains of Vermont to North Carolina. But it didn’t take. After 18 months, this Yankee felt the need to return to his native soil. It’s not that there was anything wrong with Southern living—aside from 10 months of sweating and a marked lack of Dunkin’ Donuts—but it just wasn’t me.

That said, I am a big fan of Southern Culture on the Fly and have enjoyed every issue so far. It seems hard to believe that they’ve reached such an auspicious milestone already, but the latest is their second-anniversary issue. As readers have come to expect, it’s chock-full of great photography, killer articles, cool videos, and a healthy dose of irreverence.

This issue includes features on chucking huge foam hopper patterns on the Cumberland River, how to manage your expectations on the water, and the two Texases: the coast and the Hill Country. In addition, there are photo essays on the Three Rivers Carp Cup and a saltwater adventure for permit and tarpon. And if you want to learn how to tie the latest monster streamer from the mind of Tommy Lynch, the Drunk and Disorderly, there’s a video to help you out.

Click here to read the new issue of SCOF.

One thought on “Southern Culture on the Fly 2nd Anniversary Issue”