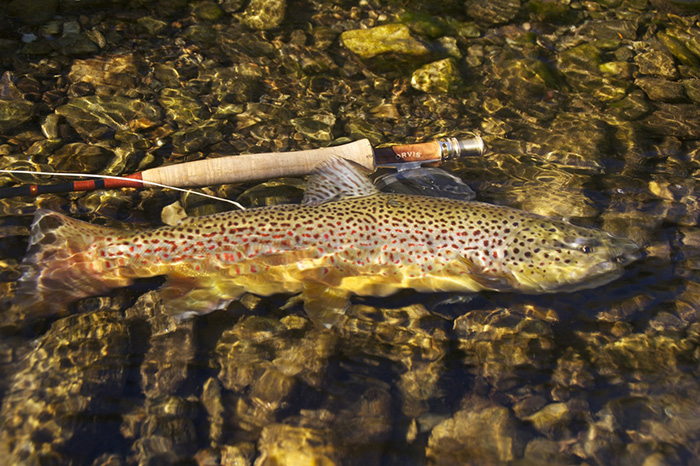 What better feeling is there than finally catching a fish that has haunted you for a month? Meet Tethys.
Photo by Mike Valla

Local angler Mike Valla, who fishes the Battenkill mostly across the border in New York, recently spent almost a month trying to get another shot at a big brown that had pounded a Warden’s Worry bucktail but then got away. Mike nicknamed the fish Tethys, after the little known goddess from Greek mythology. (The daughter of Titans Uranus and Gaia, Tethys was known as the mother of the great rivers of the world, including the Nile.)

Tethy’s home has been frequented many large fish over the years. (Lee Wulff loved that pool in his time here in Shushan decades ago.) Big browns hold tight to the ledge rock bank. But in high, stained water big fish can move out of their comfort zones. The water is low now, and very clear so who’s to say if she’s fly-shy right now. Maybe, maybe not, hopefully not. But I’m convinced the heavy fish I hooked twice (or hooked once, and nicked again) is still there.

For a week, Mike rose at 4:30 every morning, so he could be on the water at sunrise to catch Tethys. And then, finally, there was the Facebook status update that everyone had been waiting for: “Finally landed the big, wild Battenkill brown yesterday I’ve been stalking for nearly a month.” The photo evidence above was proudly displayed.

In the end, the big brown fell for a classic, teal-wing dry fly called the Firehole #1, in a size 10. . .in broad daylight. 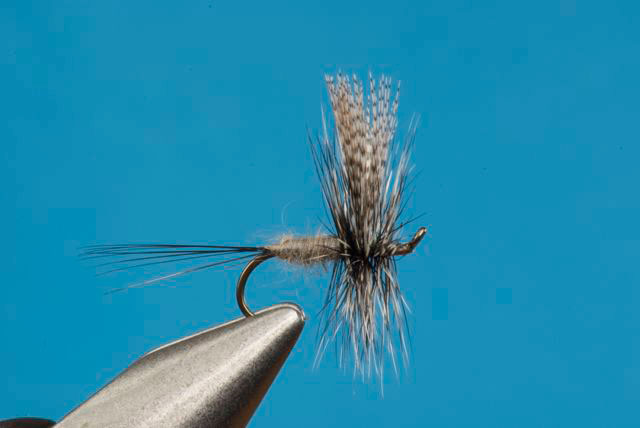 The Firehole #1, a Ray Bergman pattern, was what tempted Tethys to the surface in broad daylight.
Photo by Mike Valla