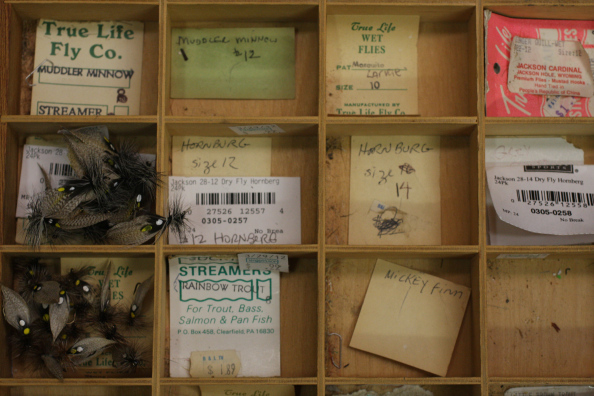 There isn’t much in the fly bin, but Jon’s favorites are there, as promised.
Photos by Jon Tobey

[Editor’s Note: Jon Tobey is an old friend, from summers spent on the New Hampshire seacoast in the mid 1980s. His blog gointothelight is an interesting collection of fishing stories, photography and musings.]

I left my Seattle suburb—where the Fourth of July seems to be all about people bitching about their neighbors on Facebook—to head back to New Hampshire, where all of those differences would solved by actually talking to people. The Granite State has implemented this very cool thing where I can buy and print my license and go fishing in, like, five minutes. Unfortunately, my parents’ printer was out, so to get a license I had to go two towns over to the little old-fashioned hardware store that sits on piers in the river. 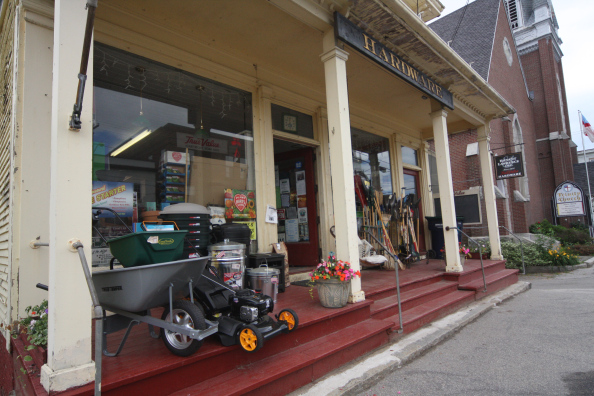 Small-town hardware stores, such as Bryant & Lawrence, have their own charm.

I’ve maybe been in this store perhaps five times in 10 years, always to get my license and maybe a few flies and some local intel. While Bill, the owner, is running the license, I go over to the fly display with hand-typed labels that is literally older than me. Some of the flies have turned to dust, and it smells of mothballs when you open it.

“I must’ve about bought you out by now,” I remark, as I open the lid. “Oh, I ordered some Hornbergs” Bill replies, and there in the display, the only new flies he carries, are four dozen Hornbergs in three different sizes—for 99 cents each! How is that for customer service? My Hornberg box is full, and I finally really feel I’ve come home. (Although I really wish next year he’d replace those Mickey Finns and Grey Ghosts for me.) 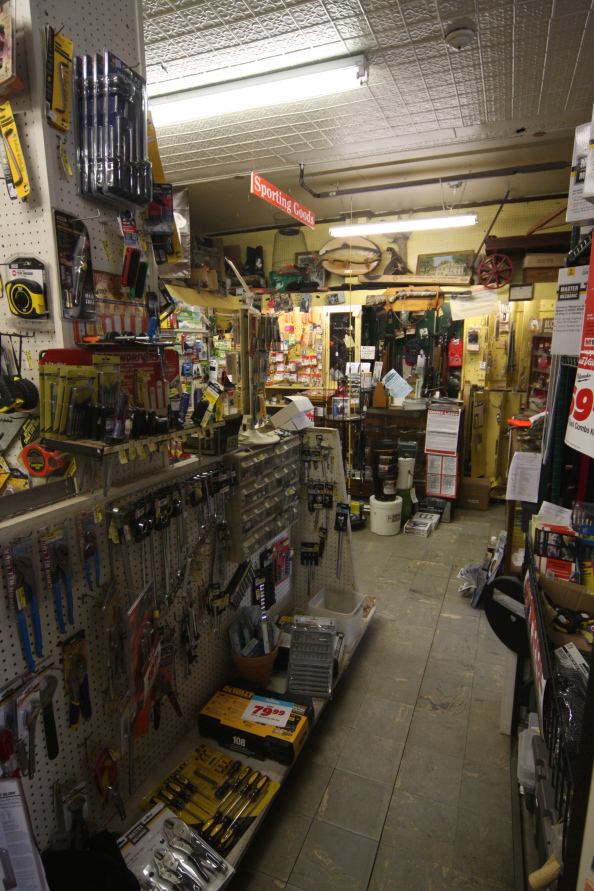 If they don’t have it, you probably don’t need it.

Later, when I stopped by my friend Bob Grevior’s to talk fishing and mentioned the Hornberg surplus right up the street, he said he would head over there right after work. I knew that; that’s why I didn’t buy them all.

Like all of the gritty little mill towns along the Merrimack River, Tilton is a husk of what it once was, and any resuscitative beeps died when they ripped the life-support cords out by building outlet malls by the highway on the outskirts of town, along with both a Home Depot and a Lowe’s. But Bill understands the difference between a customer—somebody whose money you take one time—and a relationship with somebody whom you do business with for a lifetime. And isn’t that what makes a locale into a home: the relationships you have there? 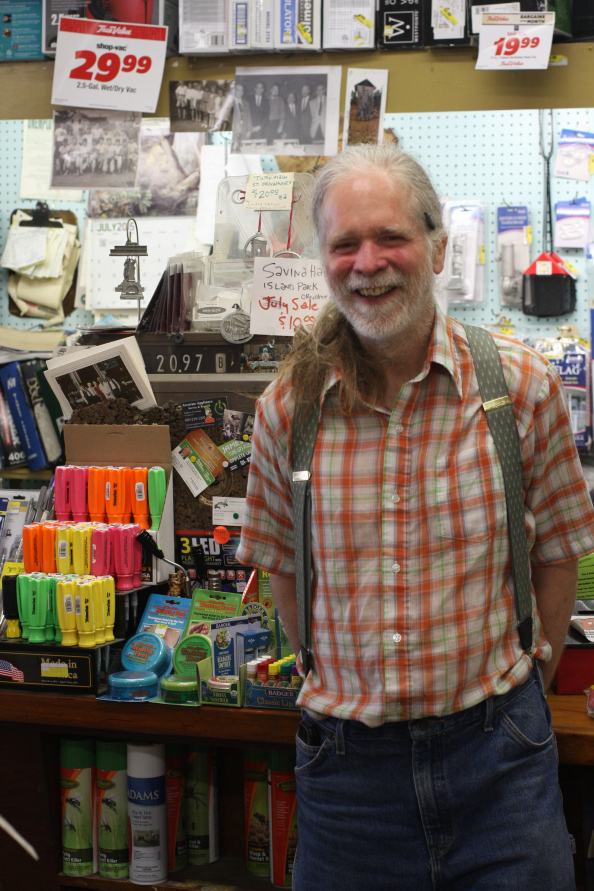 Bill ordered up some Hornbergs because a customer said he liked them. That’s service.

Besides, as crammed full as the place is, I wouldn’t be surprised if they don’t carry more SKUs than a box store. A woman came in while I was there looking for salt-shaker tops, and Bill had so many that she had to go home for the shaker to make sure she had the right one! Salt-shaker tops. I had no idea.

So if you are fishing in the Lakes District of New Hampshire, stop by the Bryant & Lawrence True Value to get your license and inquire about your favorite fly pattern. Bill may not have your flies this year, but he will probably have them the next time you come back. And you may just make a friend.

4 thoughts on “Story: Hardware, Hornbergs, and the Meaning of “Home””