[Editor’s note: Our friend Justin Ocean, deputy editor at the quarterly magazine Bloomberg Pursuits, let us know about this cool story by John Gluck, describing a recent bonefish trip to Bair’s Lodge on South Andros in The Bahamas. The graphic treatment that the story gets online will blow you away.]

We were deep into the second hour of a sufferfest. My friend Tim Warren and I had just arrived in Nassau, on our way to the remote Bahamian island of South Andros. The Western Air 33-seat puddle jumper meant to take us there had boarded on schedule, but moments after the flight attendant closed the door, island time kicked in. We sat. Outside, the temperature was 85F; inside, it had to be 105F. “Air conditioning” took the form of the flight attendant walking up and down the aisle fanning passengers with the laminated safety card. Tim and I had long ago soaked through our shirts, and a gentleman across the aisle had gone pale. 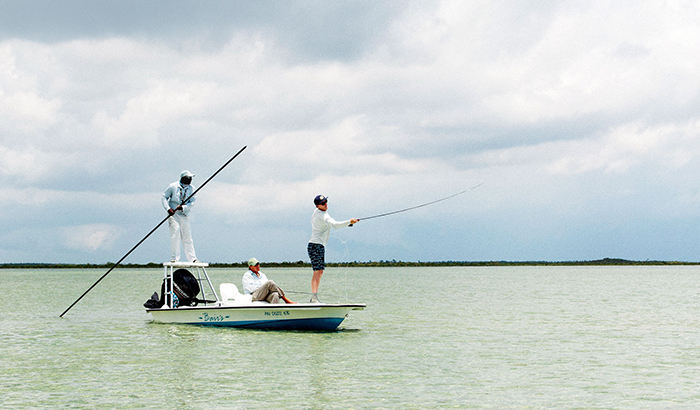 There should have been a mutiny. Instead, people were smiling, chatting up their seatmates, and swapping information about where they’d be staying. When the pilot announced there would be yet another delay, someone in the back laughed, then offered, for everyone to hear, “Maybe they’re de-icing the wings.”

Why were we so happy, despite being almost cooked alive? Virtually all of us, it turns out, were headed to South Andros to indulge in the obsession known as bonefishing.
Bonefishing traces back to the 1930s and ’40s—the Golden Age of big-game fishing as practiced by the likes of Zane Grey and Ernest Hemingway. Anglers flocking to the Florida Keys and the Bahamas in search of deepwater trophy fish such as marlin and tuna also discovered scores of albula vulpes in the shallow, white-sand flats close to shore. Suitable for target-fishing and given to blistering runs when hooked, the previously overlooked species quickly became a prized catch. “In 1947, when the first bonefish were taken on fly,” the legendary fisherman Lee Wulff wrote, “we who fly-fished the flats for them knew that a fish hitherto modest in reputation would soon move into the front ranks of the most respected game fish.”

Silvery in color, with black, alien-looking eyes and a long, overhung snout, bonefish aren’t what you’d call traditionally handsome, but they have a kind of otherworldly beauty. In addition to the Bahamas, they haunt impossibly gorgeous places like Costa Roca and Belize. Three- to 5-pound specimens are the most common, but 10- to 15-pound monsters are not unheard of. 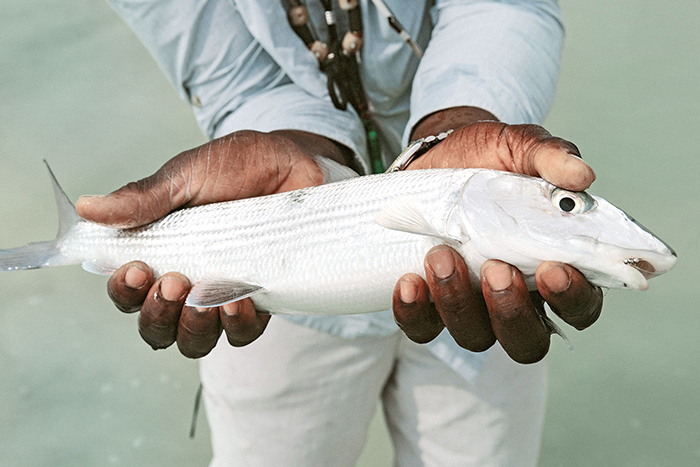 The ghosts of the flats are not easy to fool.
Photo by Emiliano Granado for Bloomberg Pursuits

Bonefish are also a thrill to catch. More like hunting than conventional angling, bonefishing isn’t a chuck-your-line-in-the-water-and-pray type of deal. A guide leads you to a promising flat, where you stand on the casting deck of a small shallow-water skiff as he poles you, gondola-style. (You might also wade into the water on foot.) Because bones’ mirrored backs make them wickedly difficult to spot against the bottom of the sandy flats, it can take hours to locate one, and your guide will likely spy it before you do. With shark and barracuda as predators, bones spook at the first sign of a threat. Get too close, or drop the cooler lid too loudly, and they’re gone. It’s no wonder the species is known as the gray ghost.

When your guide finds a fish, he’ll call out its position—“Bonefish. Two o’clock. Twenty feet.” You cast your fly just ahead of your target, ideally within a foot or two of its nose. With luck, your quarry sees it, gulps it down, and takes off. Before you can say “Fish on,” your line will be taut, your reel will be whizzing, and your rod will be bent in half. “They’re tough little varmints,” says renowned bonefish zealot Flip Pallot. “It’s nothing for a bonefish to run 100 yards or more. And once you tussle him in, he’s perfectly capable of doing it again.” 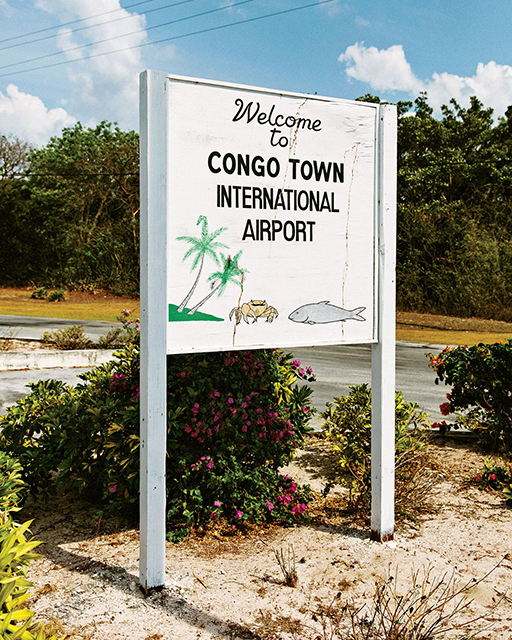 Located about 150 miles southeast of Miami, South Andros is widely referred to as the bonefishing capital of the world. It’s the smallest of the three islands that make up the 2,300-square-mile Andros chain, thought to be named for Sir Edmund Andros, a 17th century British commander, and it remains blissfully undeveloped. Populated by just a few thousand laid-back folks and unmarred by large-scale resorts or casinos, the island is a Gilligan-esque haven of tiny airstrips, sleepy towns, and deserted beaches. Bonefish sometimes gather in such large numbers here that when they eat—shrimp and small crabs are their primary food—they can kick up so much sand that their “mudding” can be seen from a plane above.

For our base of operations, Tim and I chose Bair’s Lodge, a coral-pink, plantation-style outpost set hard against a sliver of white-sand beach on the island’s eastern edge. Don’t be fooled by the comfortable, air-conditioned rooms, gourmet meals, and quaint Bahamian décor. This is a purpose-built fishing lodge, providing ready access to some of the choicest bonefishing waters in the world and employing some of the islands’ most experienced guides. The Outdoor Channel fishing show Buccaneers & Bones is filmed here. Anglers sometimes book a year in advance to reserve a room. Tim and I signed on for a two-and-a-half-day trip, plenty of time to find, and catch, big fish.

Click here to read the rest of the story on Bloomberg.com