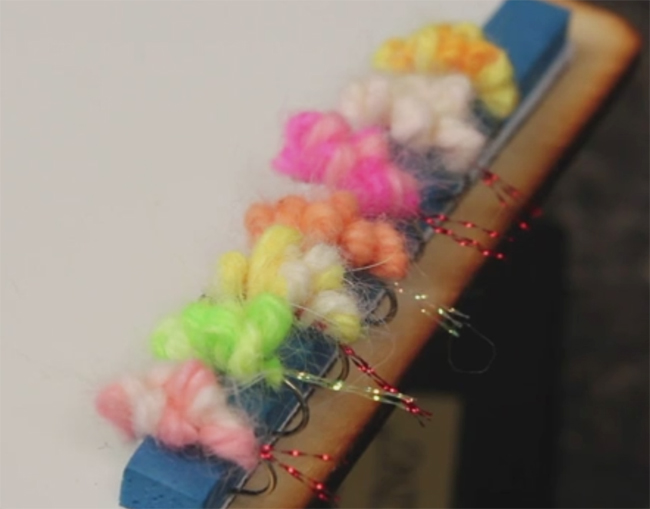 Tim Flagler claims he’s only a “recreational user” os Sucker Spawn. How about you?

Fly fishing sometimes feels like it’s bound by a lot of rules. Some are truly old-school: thou shalt fish a dry fly upstream only, for instance. But even in the 21st century there’s a lot of hair-splitting about many aspects of the sport. Some guys don’t like to use beadheads, while others consider a strike indicator nothing more than a bobber and therefore unacceptable. It seems that the majority of fly fishers these days have more of a laissez-faire approach, though leaving it up to each angler to decide where he draws the line.

Tim Flagler, of Tightline Productions, jokes about all this in his introduction to this great step-by-step video on tying the Sucker Spawn. He knows that some folks won’t really consider it a proper fly, but he doesn’t really care because the dang thing catches trout. But the man has some standards: he notes that he always mashes the barb on the hook because, “Just because I’m a not a purist doesn’t mean I’m a barbarian.”

So, in the spirit of the times, we leave it up to each angler’s conscience as to whether you’ll try tying up a few Sucker Spawns. Just let it be known that, if you decide that such a pattern is beyond the pale, you can’t begrudge the guy downstream hauling in fish after fish with the pattern.

4 thoughts on “Video: How to Tie the (gasp!) Sucker Spawn”