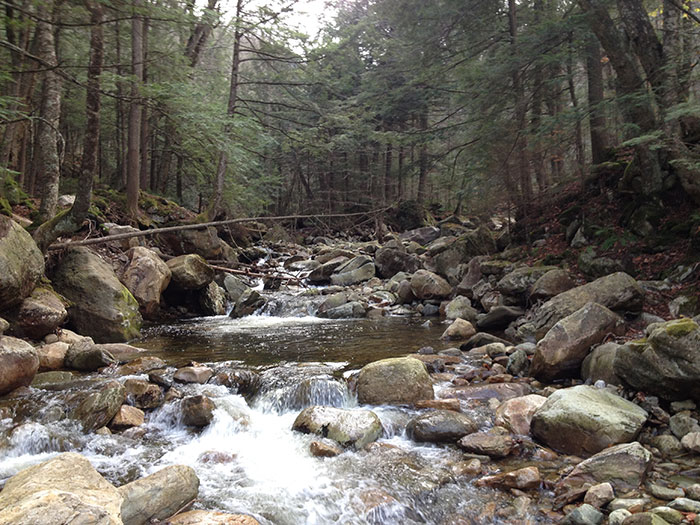 Don’t you think that vital headwater streams such as this should be protected from pollution?
Photo by Phil Monahan

Last week, the U.S. House of Representatives voted to block a set of rules proposed last year by the Environmental Protection Agency and the U.S. Army Corps of Engineers to protect headwater streams under the Clean Water Act. Yesterday, a group of some of the more influential executives in the fly-fishing industry sent an open letter to Congress, asking legislators to consider how vital these protections are to the health of our ecosystem.

May 20, 2015
An open letter to Congress from fly fishing industry leaders:
As leaders of America’s top fly-fishing companies, we write to express our support for the efforts of the Environmental Protection Agency and the U.S. Army Corps of Engineers to restore protections for our nation’s headwater streams and wetlands under the Clean Water Act. Simply put, the proposed Waters of the United States rule is a good one, and it should be allowed to move through the federal rulemaking process without interference from Congress.

The small waters to which this important draft rule applies are the lifeblood for many of our country’s prized fisheries. They flow into rivers, streams and lakes that provide the foundation of our industry—our bottom lines depend on intact watersheds, cold, clean rivers and streams and intact, fishable habitat.

Given that fishing in America supports approximately 828,000 jobs, results in nearly $50 billion annually in retail sales and has an economic impact of about $115 billion every year (Sportfishing in America, American Sportfishing Association, 2013), it stands to reason that the health of our nation’s waters is vital to the continued success of our industry, and to the health of America’s economy. We urge you to allow the EPA rulemaking process to continue unimpeded.

In recent years, participation in fishing and hunting—fly fishing included—has grown. We are seeing robust interest in our sport and it is translating to our sales, to the numbers of employees we hire right here in America, and to the health of brick-and-mortar retailers all over the country. Like us, their businesses depend on clean, fishable water.

But, in addition to being acutely interested in the health of our watersheds, we are also concerned that blocking this rulemaking process could turn back the clock on the progress our nation has made since the Clean Water Act was put into place more than 40 years ago. Today, rivers that once actually caught fire are home to remarkable runs of steelhead and brown trout. Streams that were once uninhabitable for native brook trout are now home to robust populations of these prized fish. What’s more, our country’s drinking water is healthier and safer than ever before.

Please consider the present state of our watersheds before interfering in a proven process that has generated nearly a million comments from the public in support of this rule. While we understand that politics these days can be tumultuous and rancorous, we strongly encourage you not to play politics with clean water.

You can join these industry leaders by telling Congress to protect clean water and stop playing politics with our precious water resources. Go to the Trout Unlimited Action-Alert Page and let your delegation know that clean and abundant water supplies matter to you.

For more information about the importance of headwater streams, visit the Orvis/TU 1,000 Miles Campaign page.