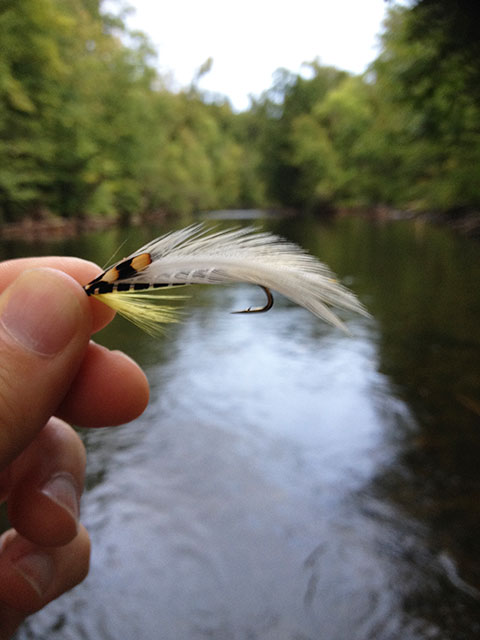 Boy, that Dick Talleur tied beautiful streamers. This one’s for you, Uncle Dickie.
All photos by Phil Monahan

Editor’s note: Last week, I launched my new “20 Days in September” Project as a way to make up for a summer without enough fishing. All month long, I’ll be keeping you updated on the project, and I invite anyone else who had a rough summer to join in. I’ll be posting photos to the Orvis Instagram page hashtagged #20sepdays. (Day 3 was Instagram-only and involved my being undone by a gang of mergansers.)

I struggled to get on the water at the end of last week, so I knew I’d need some weekend fishing time in order to stay on schedule to hit my goal of fishing 20 days this month. On Saturday, after driving my kids all over creation for soccer games, I snuck in an hour and a half on the Battenkill just before sundown. It was one of those time when you get out an the water and realize that things just look dead: no bugs on the water or in the air, and low, leaden clouds made the water look like liquid mercury. 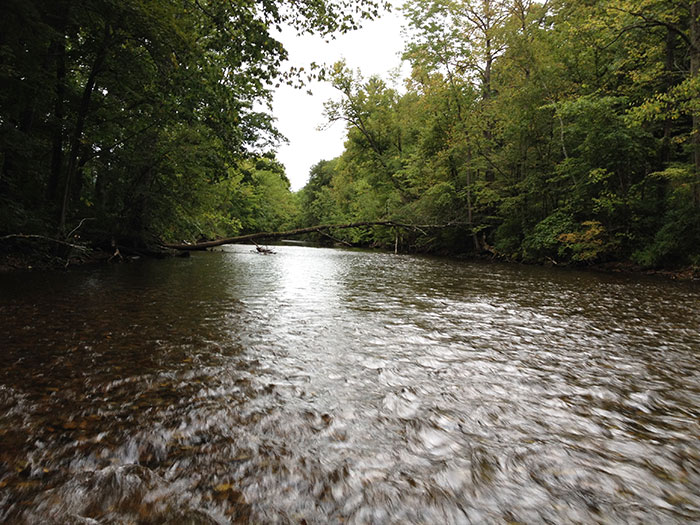 Looking upstream on the Battenkill, I worked my nymphs to no effect.

I very rarely nymph on the Battenkill, usually preferring dry flies or streamers, but I figured my best shot was to hit a trout on the nose with something tasty. I tied on a tandem rig with a Beadhead Prince up to and a classic Pheasant Tail as a dropper. I worked lots of great-looking water where I know fish live, but I never even got a bump. 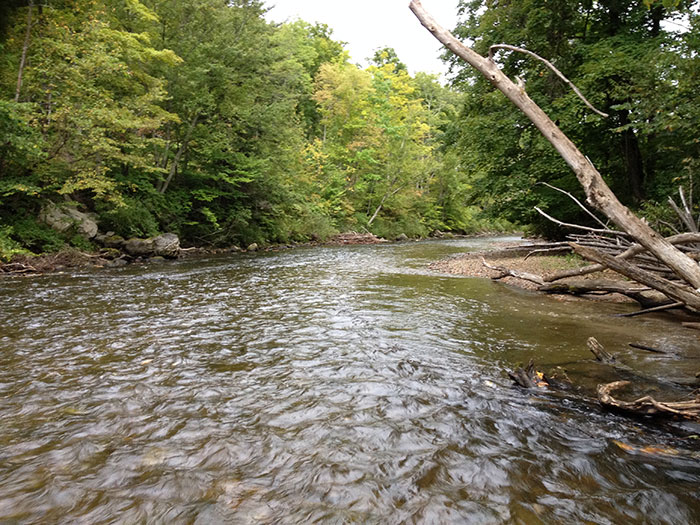 This riffle and run looked like the perfect place for a Black Ghost. But, alas. . .

After seeing my posts on the new project, my friend Bob Brown, an East Coaster who has relocated to Oregon, wrote to me: “Tie on a black ghost for me. And remember to fight the fish from the reel.” I just happened to have a beautiful Black Ghost tied by the late, great Dick Talleur, so I tied it on and swung my way back downstream. No takers on the streamer, either, but I did have a conversation with an angry kingfisher. All an all, a lovely evening. 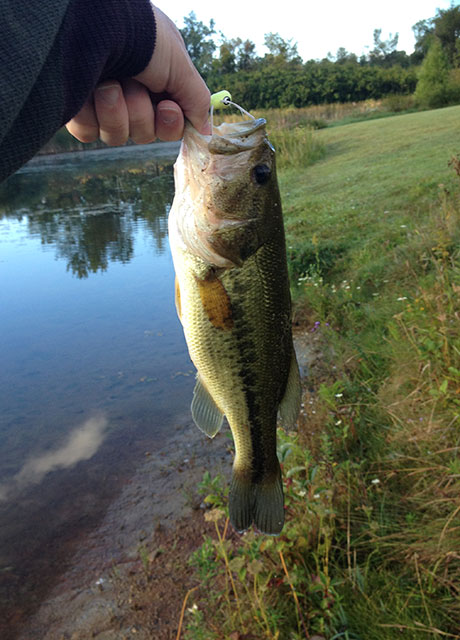 There a few things better than a first-cast fish to kick off a morning.

The next morning, on my way to my weekly Sunday morning soccer game, I stopped at a local bass pond just as the sun started to clear the Green Mountains to the east. On my first cast, a nice largemouth whacked my popper, which is always a great way to start. I had the whole pond to myself, and over the next half hour, I landed three more bass and a couple of panfish. It was hard to leave, but the siren’s call of o jogo bonito was strong.

So, I fished five of the first seven days of the month. . .right on schedule. 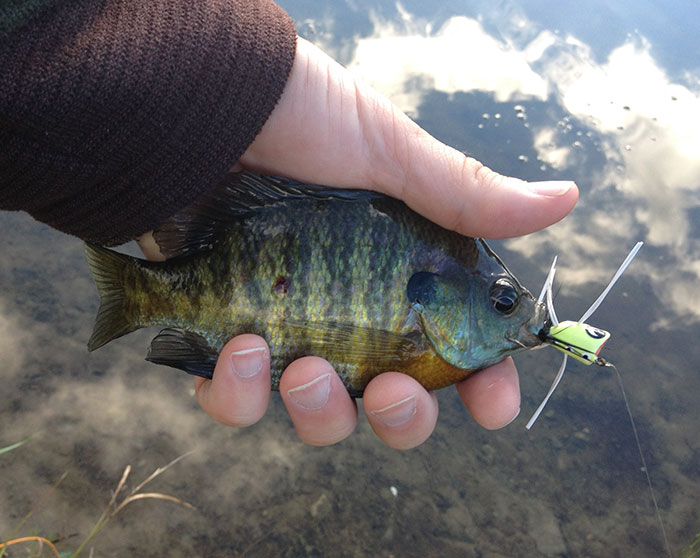 This little guy bulldogged into the weeds after smacking the popper. 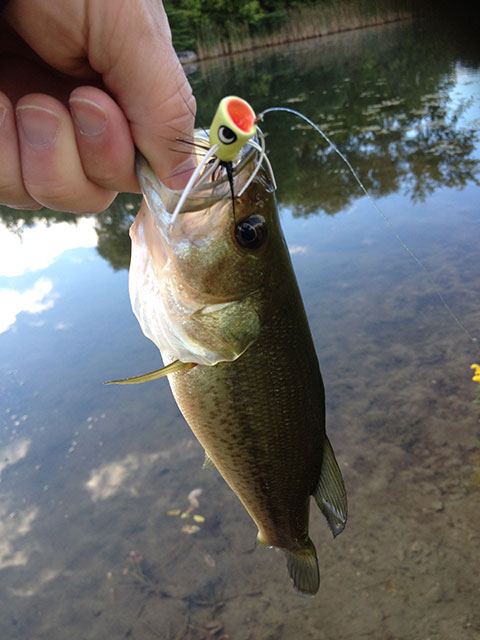 It was no giant, but was my sixth fish in the first half hour.

4 thoughts on “The “20 Days in September” Project: Dusk and Dawn”