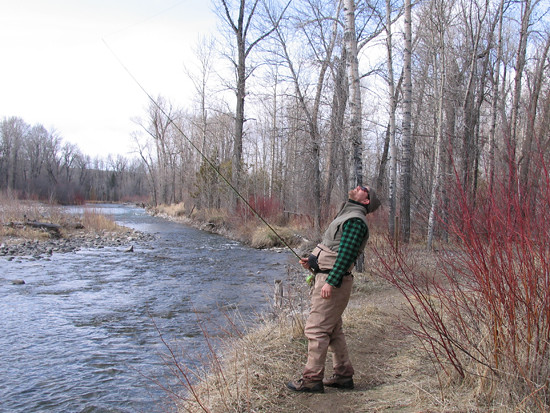 The treefish is easy to hook but notoriously difficult to land.
Photo by Phil Monahan

Anyone who picks up a fly rod learns pretty quickly that frustration is an unavoidable part of the sport. After my older brother, Brian, taught me how to cast in the backyard of his girlfriend’s house, I went fishing thirteen times before I finally landed a trout. That’s right—thirteen. But I kept at it because there was something about the process of fly fishing that attracted me immensely, even as it drove me nuts. It was somehow fun not to catch fish.

What’s interesting is that the frustration never really goes away, no matter how far you progress as an angler. Instead of cursing because you can’t cast or tie a good clinch knot, you drive yourself nuts trying to get just the right drag-free drift or trying to solve a complex hatch of tiny flies. Folks who can’t handle it eventually give up on fly fishing and move on to something less maddening. 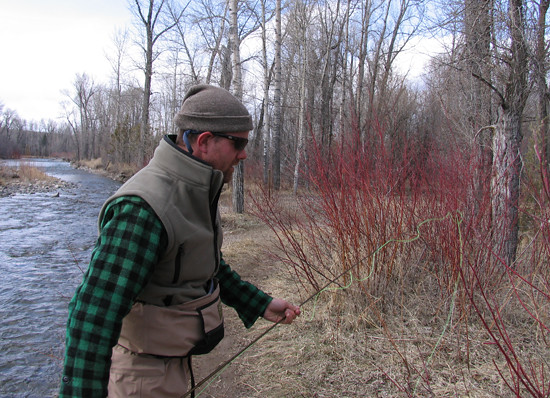 Taking time away from fishing to untangle can lead to frustration.
Photo by Phil Monahan

When I was a guide, I always tried to quickly size up a client’s “frustration-maintenance ability” (FMA) and then plan the day accordingly. Problems arose, however, when the client’s desires and his temperament came into intense conflict. When I worked at Hubbard’s Yellowstone Lodge in Paradise Valley, I had one client who was determined to float the Yellowstone River, despite the fact that it looked like chocolate milk because of a heavy thunderstorm the day before. “You won’t catch anything,” I warned him, and he swore that such an outcome wasn’t a problem.

By late morning, I could hear him cursing under his breath as he pounded the banks with a big streamer. After lunch, he voiced his dissatisfaction a little louder. When his wife managed to land the lone whitey of the day, he kicked the complaining into overdrive.

At the takeout, he leaned his three strung fly rods against a bush as he waited for me to load the boat. Unbeknownst to him, the lines wrapped one of the branches of the bush. When it was time to get in the truck, he very dramatically grabbed all the rods at once and—snap, snap, snap!—they all broke. He didn’t say a word for the entire ride back to the lodge. His wife shot me a little smile when he wasn’t looking.

When I see guys cursing and throwing their gear because they lost a fish or got a wind knot, I’m tempted to say, “Hey, man, this is supposed to be fun.” But, since I don’t want to get punched, I keep quiet. Seeing one of those guys is a good time to do a self-evaluation to make sure your own FMA is up to snuff. Never forget: fly fishing is fun partly because it is frustrating.

4 thoughts on “Story: The Agony and the Ecstasy”