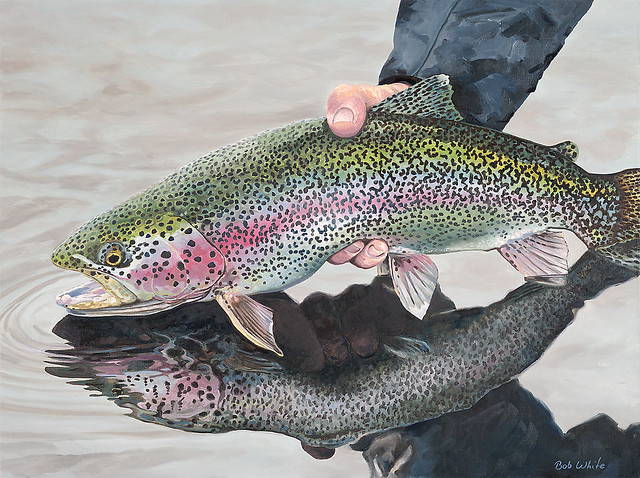 “One Last Look – Rainbow Trout”
Oil on board by Bob White

Editor’s note: I’ve been friends with Minnesota-based artist Bob White since we first met at a benefit fly-fishing event for St. Jude’s Children’s Hospital in 2007, but I’ve been a fan of his artwork for much longer than that. For instance, he did the wonderful illustrations for Tom Rosenbauer’s The Orvis Fly-Fishing Guide. He’s more than just an artist, though: he’s a real-deal sportsman and angler. Bob guided fly fishers in Alaska and Argentina for many years, and he continues to lead groups of anglers to far-flung destinations. That’s why he’s also been an Orvis News Trout Bum of the Week.

Bob posted a beautiful Dolly Varden painting—which you’ll see below—on his Facebook page, so I asked him if he would allow us to post a few examples of his work along with his thoughts about what goes into these paintings and drawings. Luckily for us, he agreed. He wrote the following brief introduction and then notes on each piece of artwork:

I love to paint fish.

Each and every one of them is a jewel to behold; an abstraction of color, pattern, form, and wet, reflective surface. They require understanding, passion, and respect to properly capture—both literally and figuratively. When we hold a fish, we take it from a wet other-world, as foreign to us as space, and bring them into ours for the briefest of times. There is a wondrously strange moment when we hold a fish to admire, and perhaps capture some of its magic before its release. Perhaps this is why it is important for me to include the human presence in my paintings of fish, as a way of reminding myself and the viewer that we are somehow more complete for having shared in their life.

My first series of fish was titled “One Last Look” and depicted the moment, before their release, when they were lovingly held and admired with one last look. These fish tended to be Homeric in their size and proportions, magnificent trophies that every fly fisherman dreams of holding. I wanted the viewer to measure the weight of the fish in their hands. 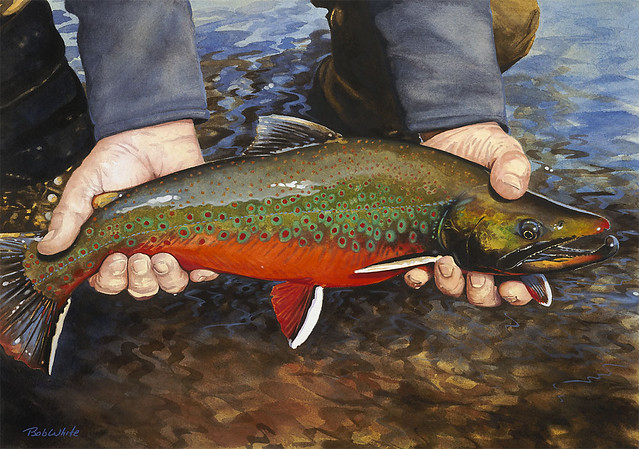 Recognizing that the size of a fish has little or nothing to do with its beauty, I began the “Small Fry” series. I wanted the viewer to feel the depth of the magic in their grasp. 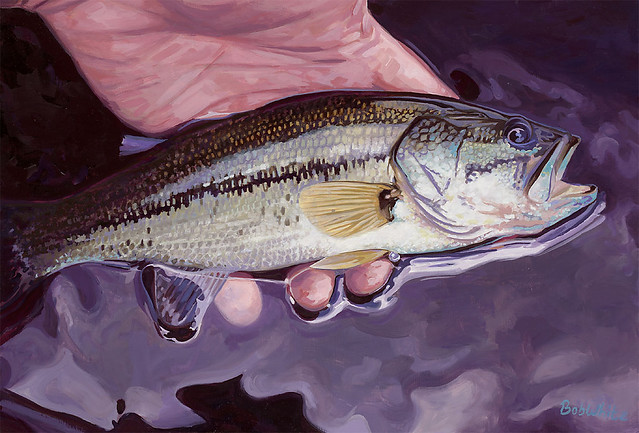 “Small Fry – Largemouth Bass”
Oil on board by Bob White

Lately, I’ve been working on a series of fish that I call “Dark Water.” It’s my intent that the viewer wonder about the mystery of the fish they hold. 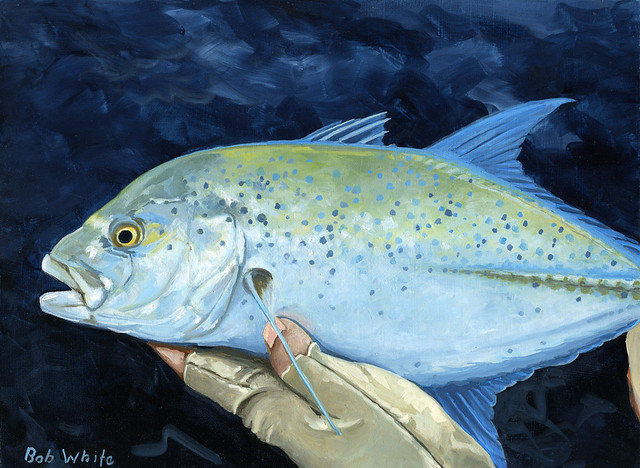 “Dark Water- Trevally”
Oil on board by Bob White 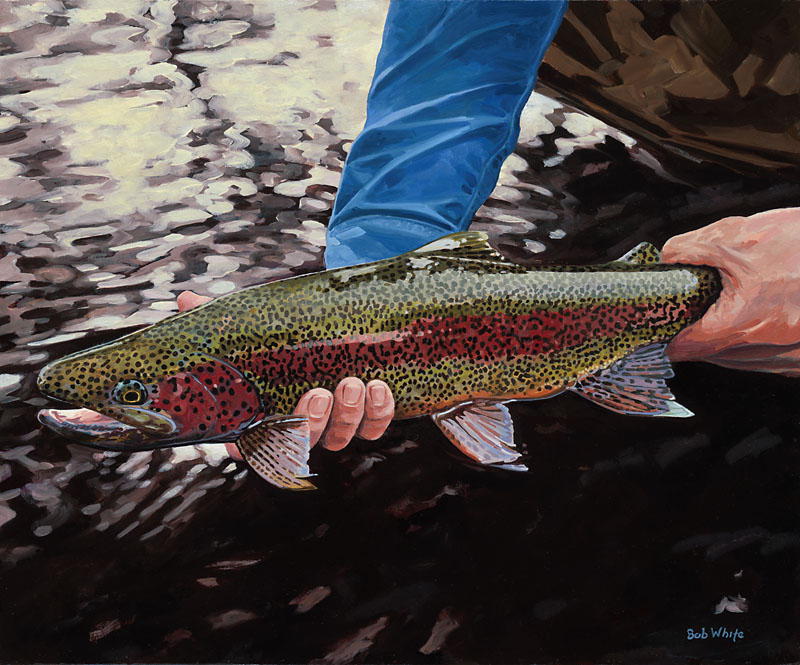 “Dark Water – Rainbow Trout”
Oil on board by Bob White

The form and reflective surface of fish also lends them to be rendered very effectively in pencil. I don’t think there is anything as elegant in its simplicity as a pencil drawing of a fish. 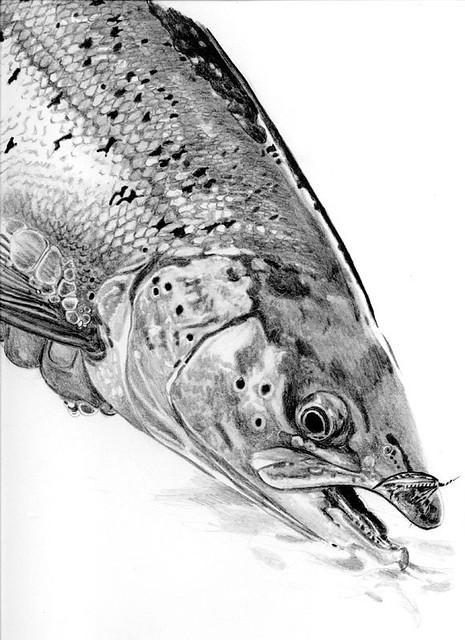 You can see lots more of Bob’s art, including great renderings of dogs and wingshooting, at the Bob White Studio website.

5 thoughts on “The Gorgeous Fly-Fishing Art of Bob White”