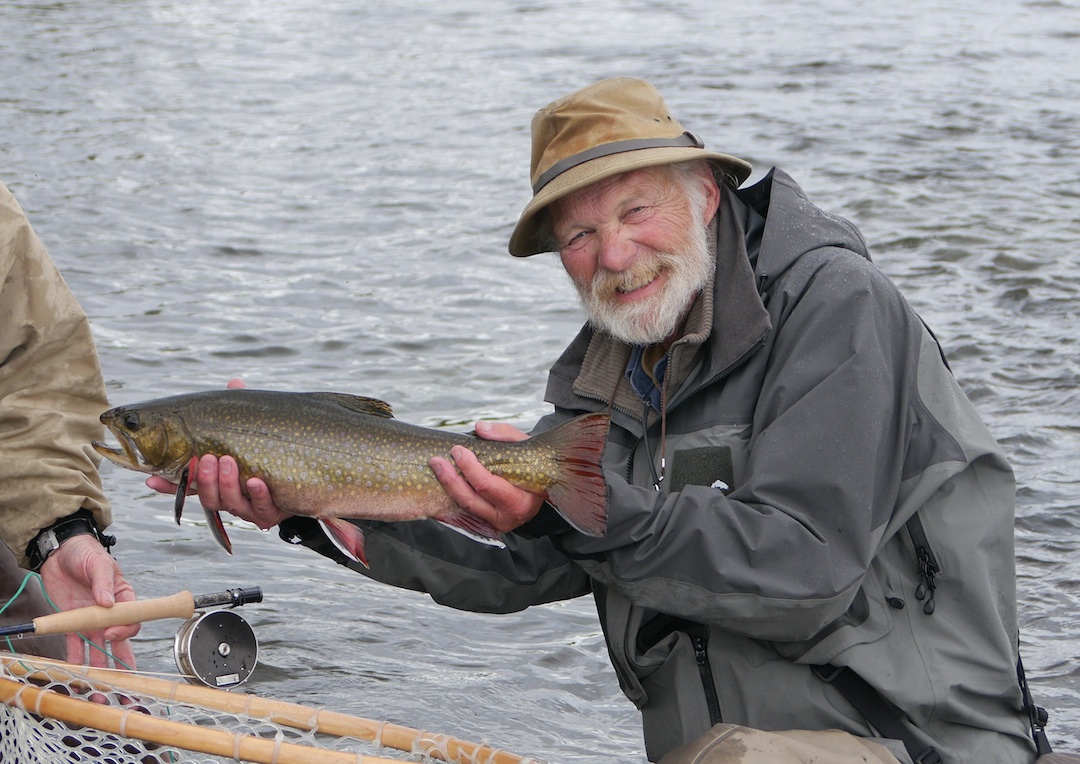 This is John’s 4th or 5th trip to Labrador. There are many things that keep him coming back. Here is just one.
All photos by Carter Davidson

“Hey Aimee. So the plan is to leave Wednesday night around 6 pm, drive until we have to stop, crash in the car for a few hours, wake up, drive the rest of the way to Wabush, then hopefully catch the plane out to camp. John will be in Friday and we’ll start fishing then. Give me a call when you get this and let me know we’re on.” 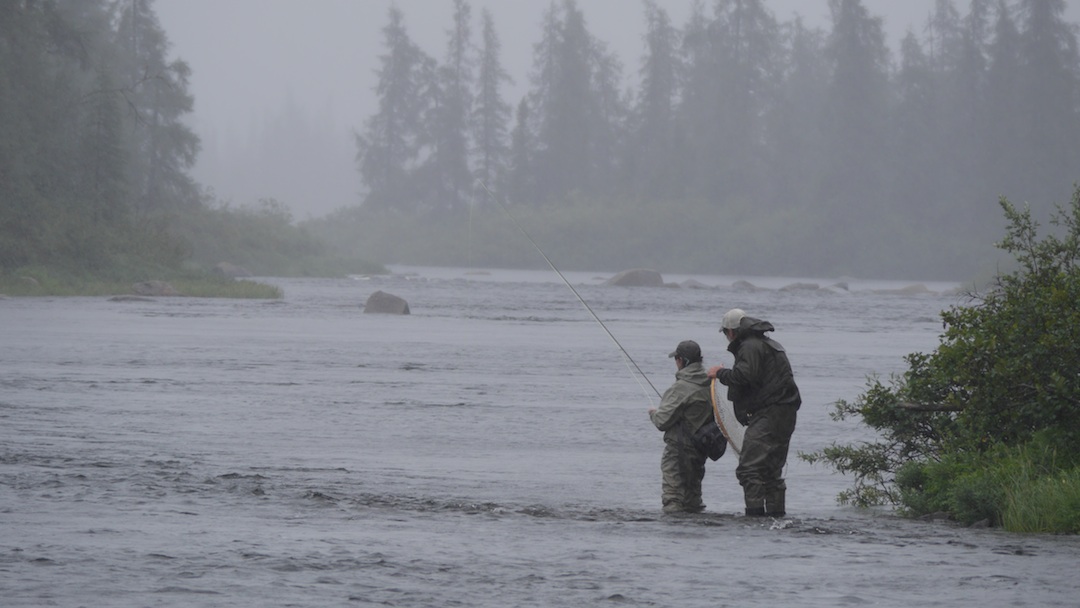 In Labrador, you get three days of summer and four days of Indian summer, the rest of the time…

That was 52 hours, nine states, two Canadian provinces, and 20 cups of coffee ago. It was before Carter Davidson of Gray Ghost Productions; Robin Reeves, preeminent in-country expert; mother/son golden retriever pair Georgia and Bear; several hundreds pounds of gear and dog chow; and I all got weighed and measured at the Wabush/Labrador airport and crammed into a 1950s de Havilland Beaver floatplane. 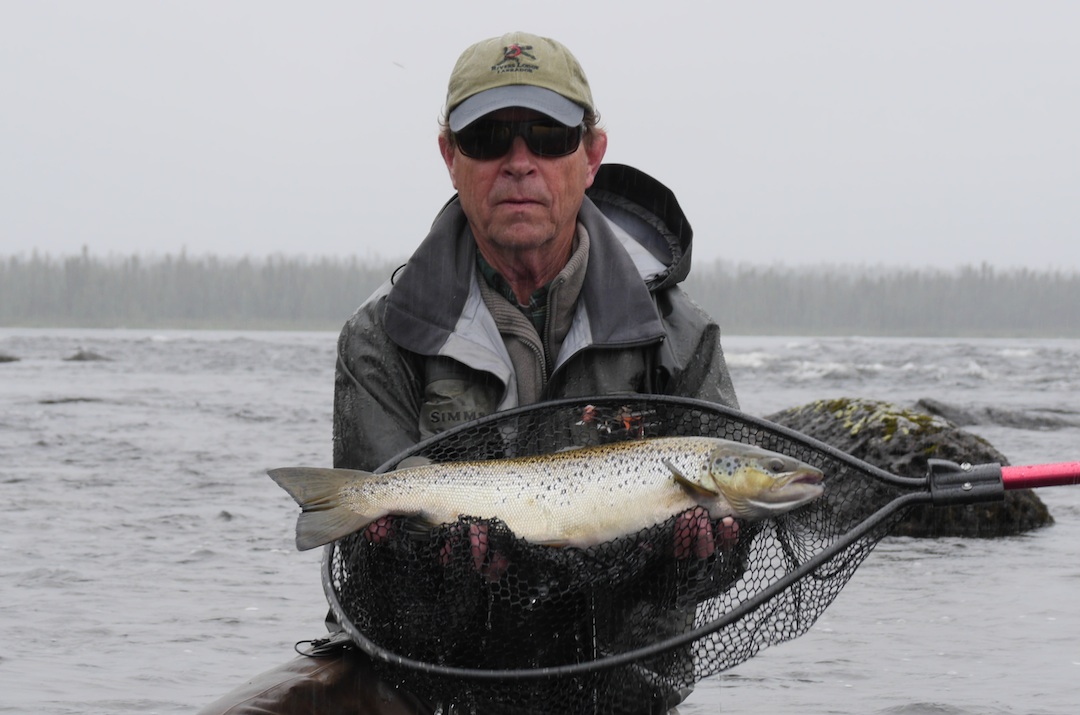 It was before we landed at Three Rivers Lodge in northeastern Labrador and before renowned fly-fishing writer John Gierach met us on the dock rod in hand. 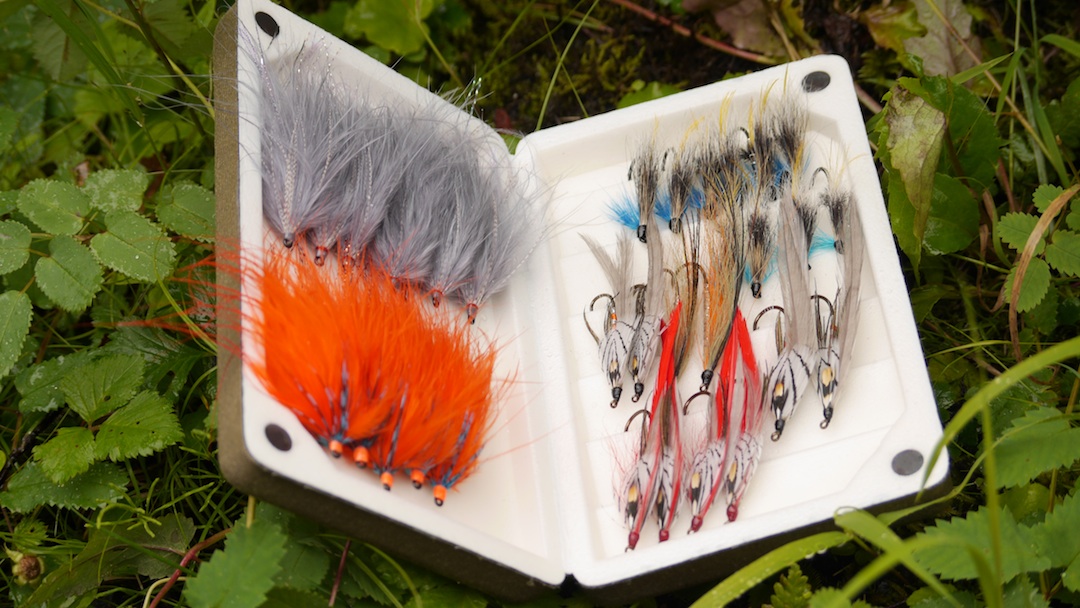 However, it was after we all said yes to the trip: an eight-day adventure through the heart of northeastern Labrador, following portions of the historic Hubbard expedition via canoe and floatplane while in pursuit of native trophy brook trout and landlocked Atlantic salmon.

This is the beginning. 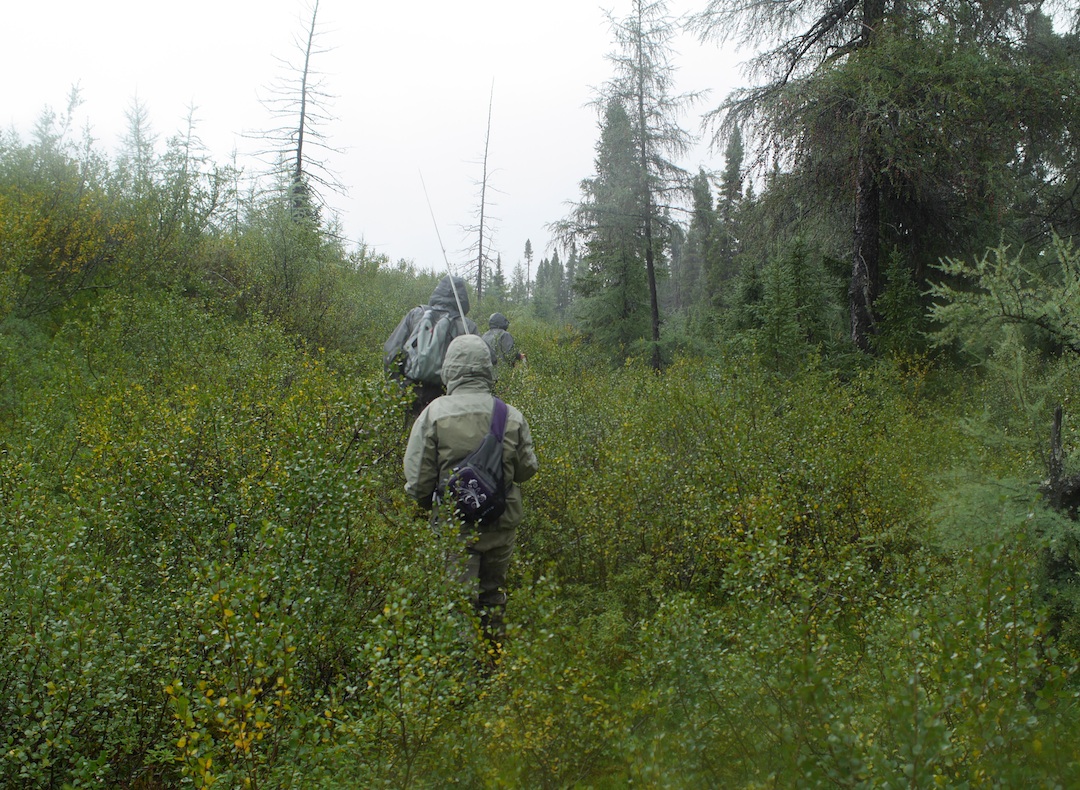 Paths, when they exist, are often not much more than boggy animal trails, but it’s well worth a little work.

The Labrador Project is the brainchild of filmmaker Carter Davidson. Orvis is a proud sponsor of the project. 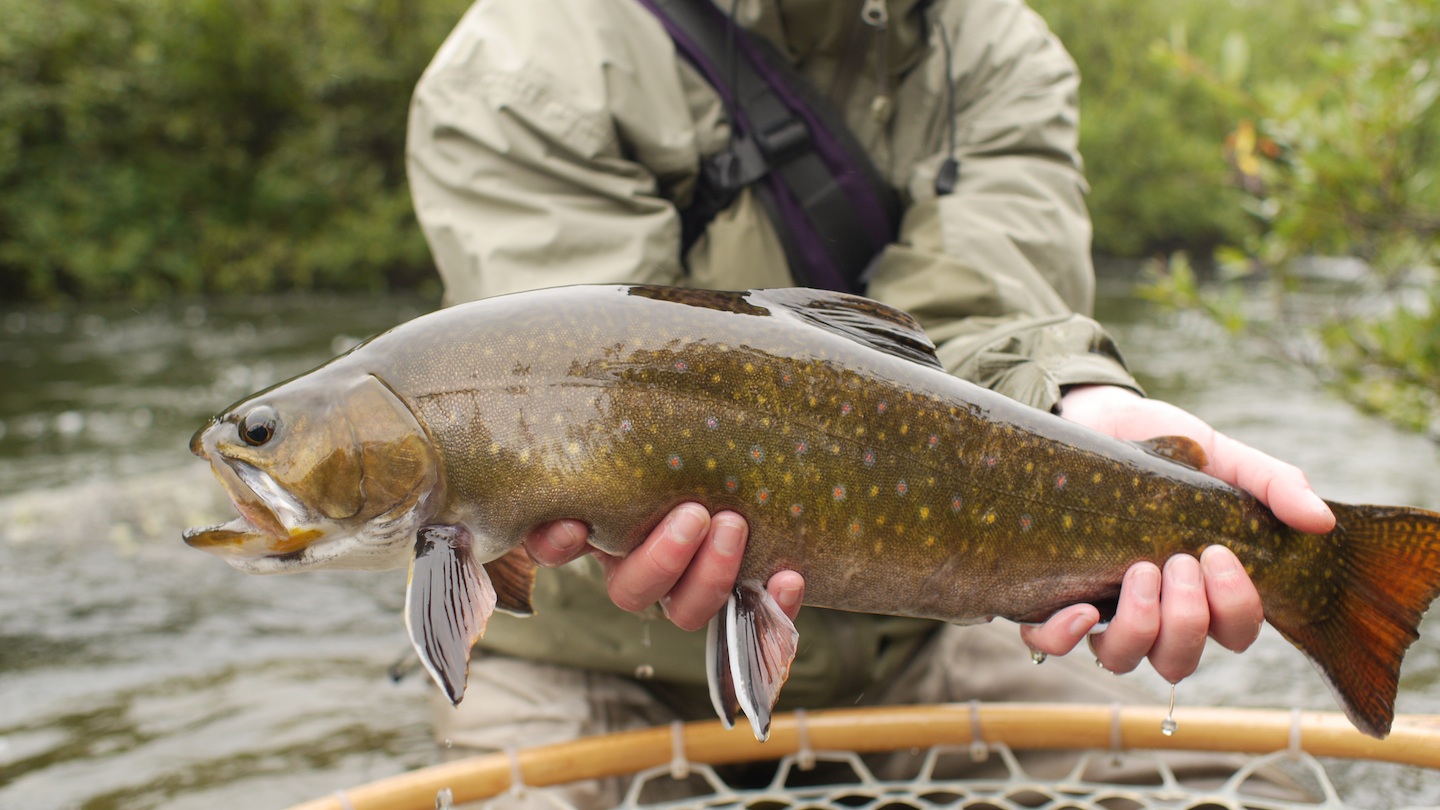 They grow them big in Labrador. Aimee Eaton with one of the country’s mascots.

3 thoughts on “The Labrador Project, Dispatch #1: Gear, Gierach, and Getting There”