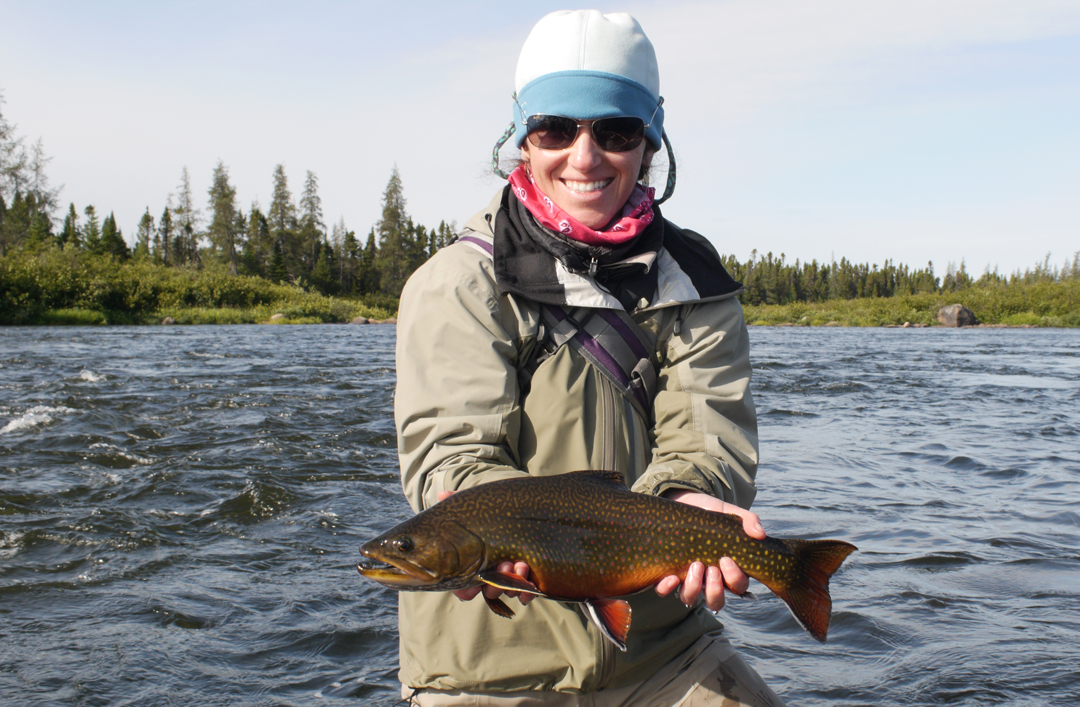 Aimee Eaton is all smiles as she shows off a George River brook trout.
All photos by Carter Davidson

[Editor’s Note: Aimee Eaton is sending periodic updates from an eight-day adventure through the heart of northeastern Labrador, following portions of the historic Hubbard expedition, in pursuit of native trophy brook trout and landlocked Atlantic salmon. You can read her first dispatch here.] 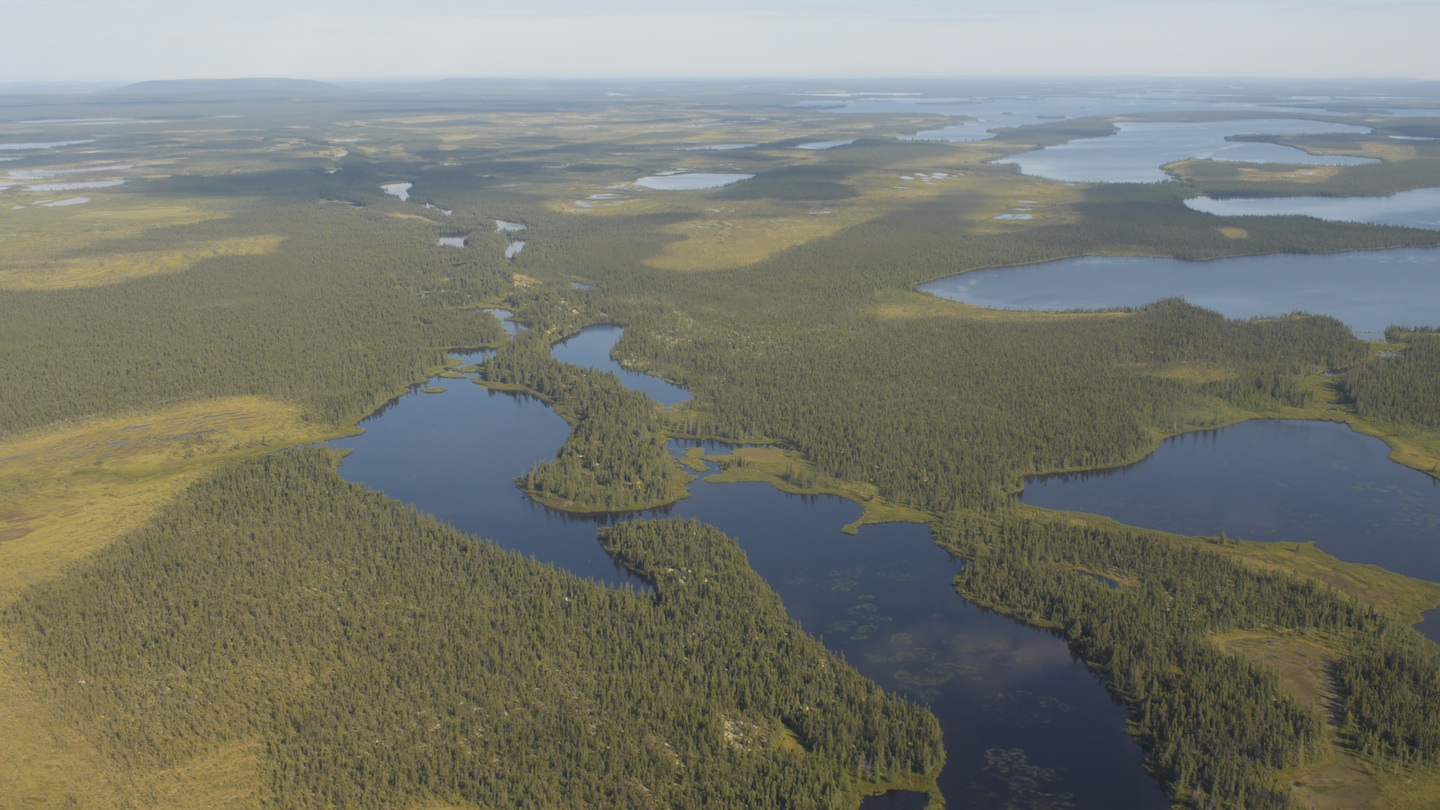 Labrador is a land of freshwater, with rivers connecting thousands of lakes across the landscape.

With a wave and a wing tip, the float plane has left us on the banks of Lake Juliet in the borderlands between Labrador and Northern Quebec. For a few minutes afterward, we can hear the engine as Gille guns the de Havilland Beaver toward home, but soon even that is gone and all that is left is the sound of water lapping against the shore. No traffic noise, no cell phone rings, no power line hum. Nothing but water. 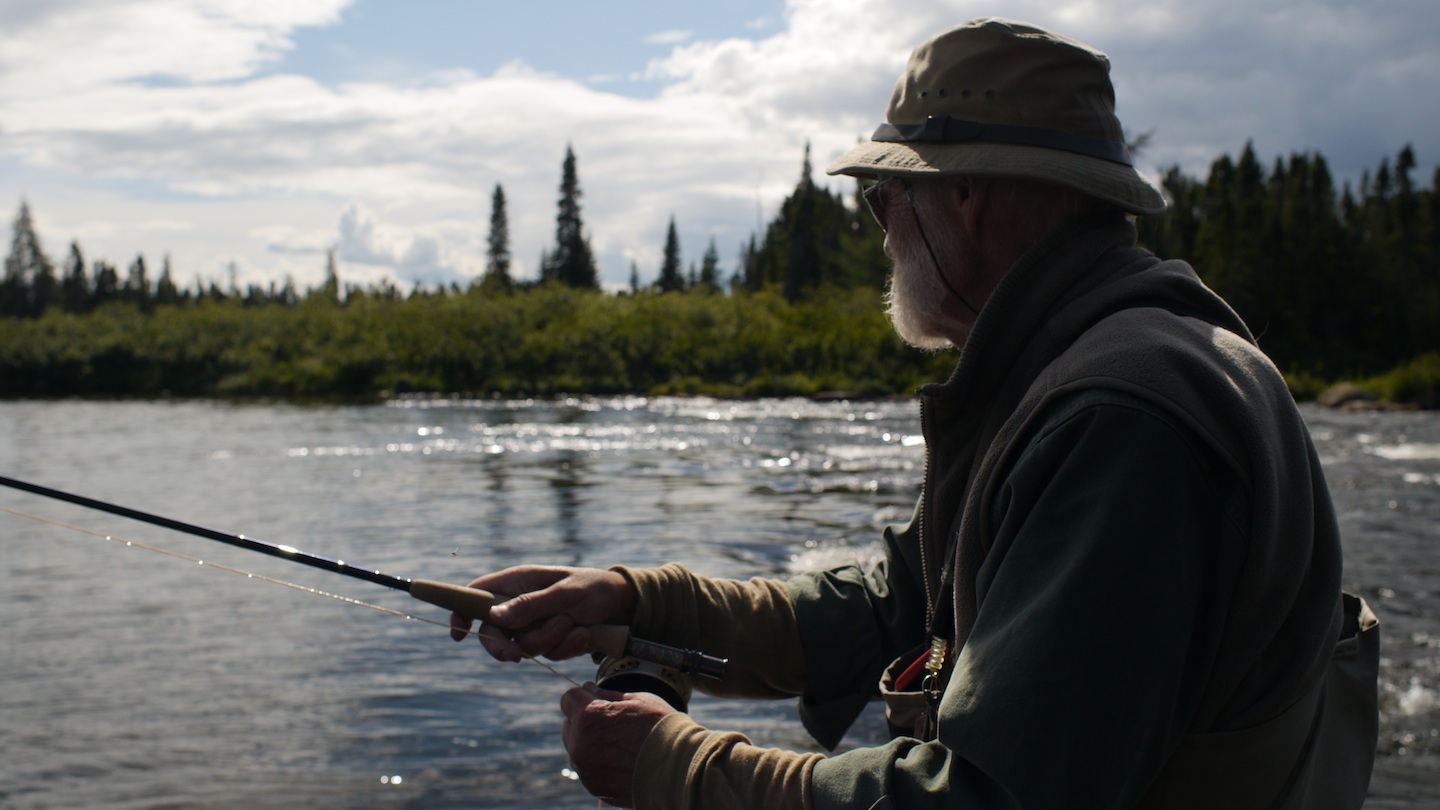 We let a few minutes pass, then because there is nothing else to be done and because it is what we are here to do, we load three men each into two canoes sitting heavy with all the trappings of a six-person multi-day outing and begin the journey northward. 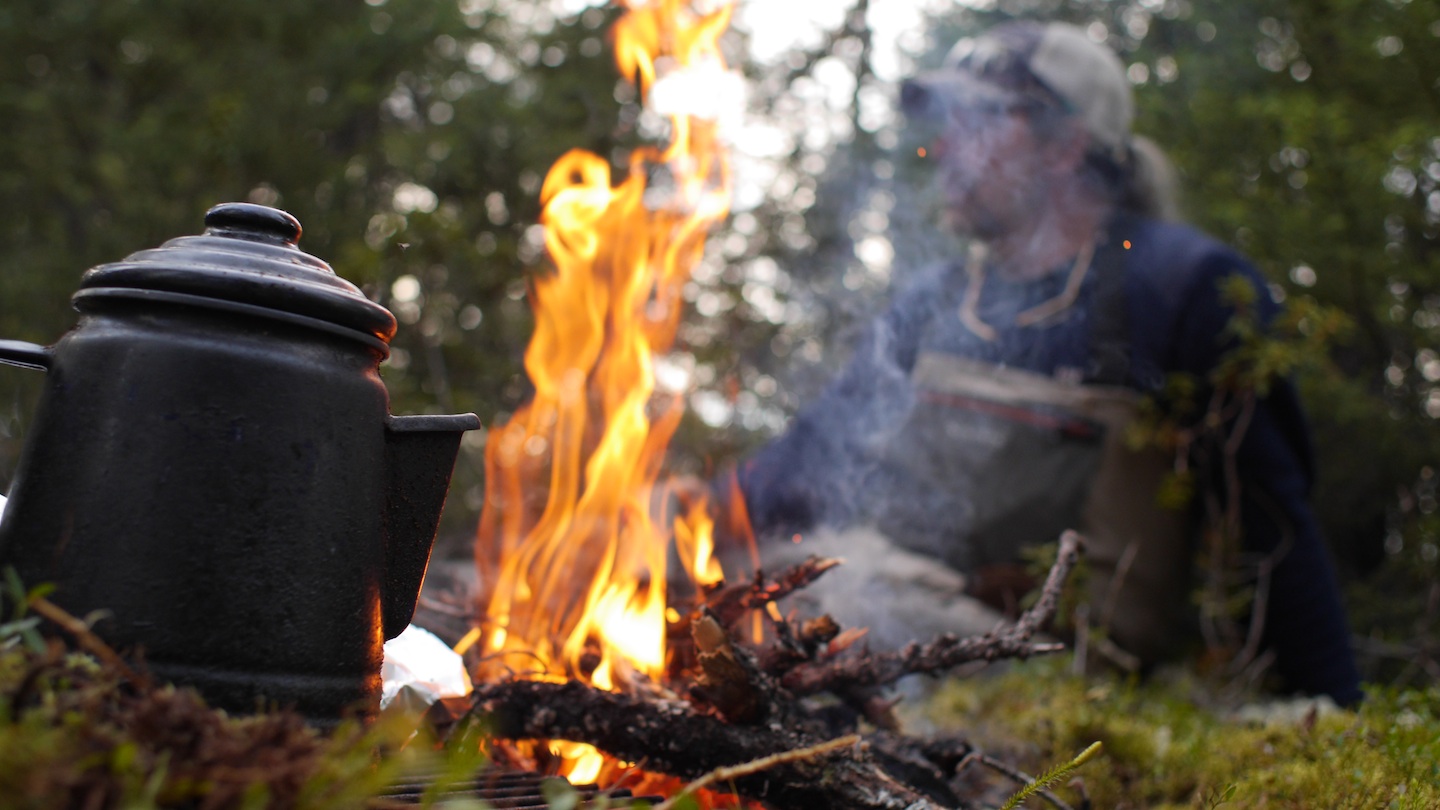 Coffee at camp: roughing it only goes so far.

Back in base camp, we had traced the map of the George River with our fingers, picturing places where fish might lie, where tents might be pitched, where a pick-up by Gille might be possible should things go wrong. We had spent hours, in some cases days, trying to cover our bases and reduce the variables of the adventure. Now on the river and underway, it’s time to see if all the preparations will pay off. 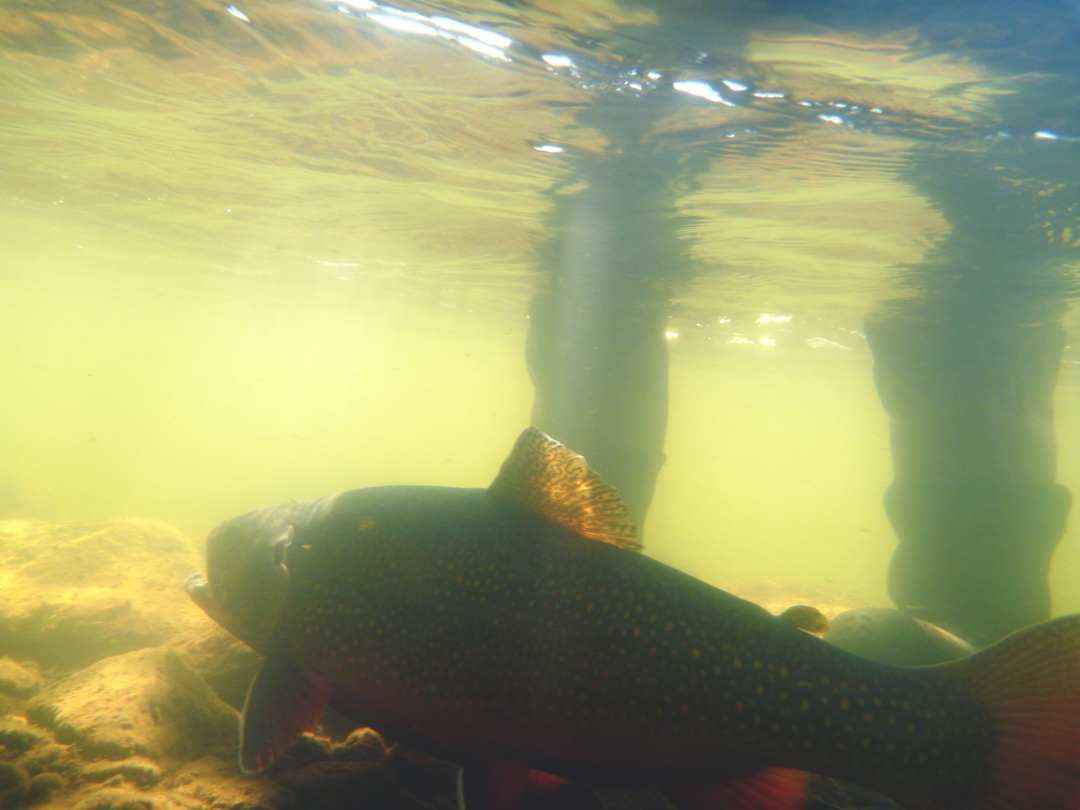 A native brook trout returns to its environment.

The Labrador Project is the brainchild of filmmaker Carter Davidson. Orvis is a proud sponsor of the project.

2 thoughts on “The Labrador Project, Dispatch #2: The Sounds of Being Alone in the Wilderness”