Regular readers of this blog know (and probably love) the work of Tight Loops, the husband-wife team of Chase and Aimee Bartee, whose videos have been appearing here for the past three years. Last year’s epic “Northern Exposure,” about big brook trout in northwestern Maine, represented a great leap forward. Now, they are ready to kick things up another notch.

Today, they launched a Kickstarter campaign to support an ambitious expedition into the wilderness of Labrador, to be the first people to ever film in the Kanairiktok River system, where native brook trout have existed for thousands of years, untouched by the hand of man. So watch the video above, and then click on over to the Kickstarter site for the rest of the story.

Click here to visit the Kickstarter page for “Big Land” 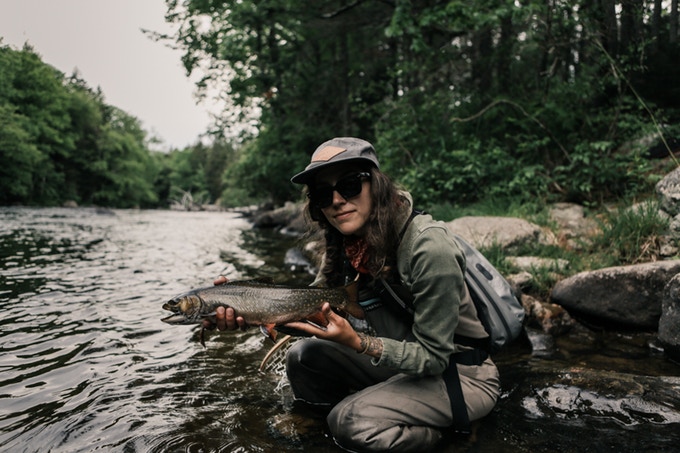 Aimee Bartee with a beautiful Maine brookie. The fish in Labrador will be even bigger.
Photo by Chase Bartee