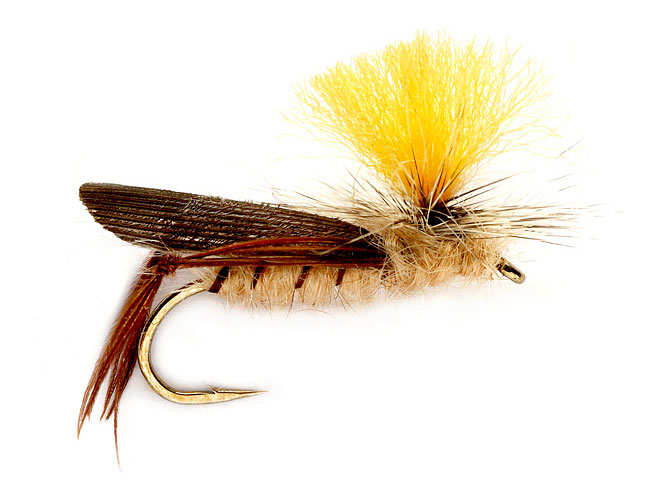 If you think terrestrial imitations are only for summer fishing, you’re missing a great deal of dry-fly action. The normal thought is that trout ignore land-bred insects in the spring and early summer, until mayfly and caddisfly hatches dwindle with the heat of summer. They ignore terrestrials about as much as you ignore chocolate mousse when out to dinner.

If you fish small streams, terrestrials are even more important than in larger rivers. A trout’s diet in some small streams is made up almost entirely of terrestrials, as these smaller waters don’t have large expanses of insect-producing riffles. This may be why such so-called “attractor” flies like Humpys and Royal Wulffs are so effective in small streams—both flies, from a trout’s-eye view underneath, look suspiciously like beetles or other land-bred insects. And an Elk-Hair Caddis looks very much like a tiny early-season grasshopper. But, you say, these flies have wings. So do beetles, bugs, katydids, and many ants! 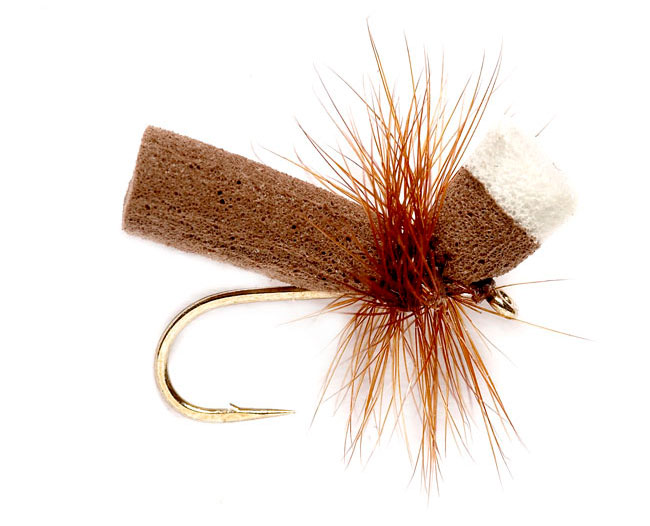 Unlike fish responding to a hatch, trout can be eating terrestrials and you’ll never notice. One reason is that they might see a beetle only once or twice an hour, and the chances of you looking at exactly the right spot aren’t good. An even more important reason is that when trout eat low-floating terrestrial insects, there is hardly ever a splash. Sometimes you see a subtle ring on the water, sometimes a black snout poking above the surface, and sometimes you see a hopper just disappear into a hole in the water with no visible sign of a rise. Best places to try a terrestrial fly are where riffles deepen into a dark slot (especially near a deep bank but not necessarily), in concave impressions along a bank that form small bays, and along undercut banks, especially ones that flow through meadows. 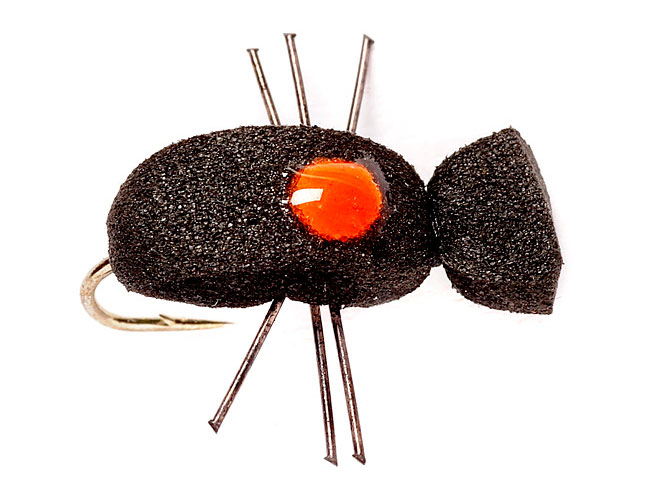 Finally, one of the most deadly midsummer rigs I’ve ever used is a tiny nymph tied as a dropper to the bend of the hook of a beetle or hopper. Tie a size 14 beetle or ant to a 12-foot 5X leader. Knot an eight-inch piece of 6X Mirage tippet to the bend of the hook of the beetle with a clinch knot, then tie a size 18 Pheasant Tail Nymph to the end of the 6X tippet. You’ll catch about half of your fish on the beetle, and on the other 50% you hook on the nymph, the beetle makes a damn good but subtle strike indicator. 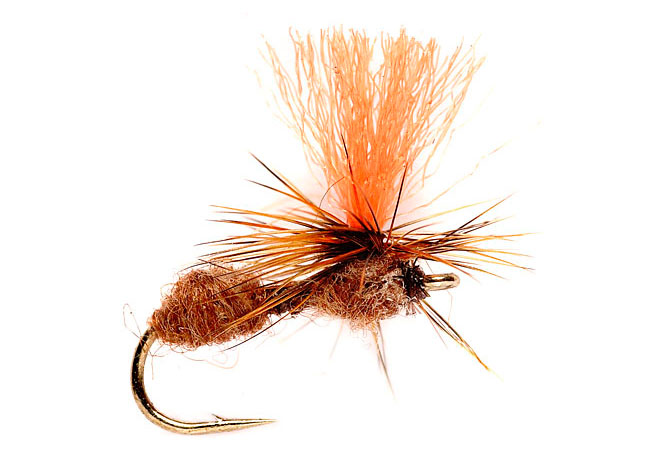