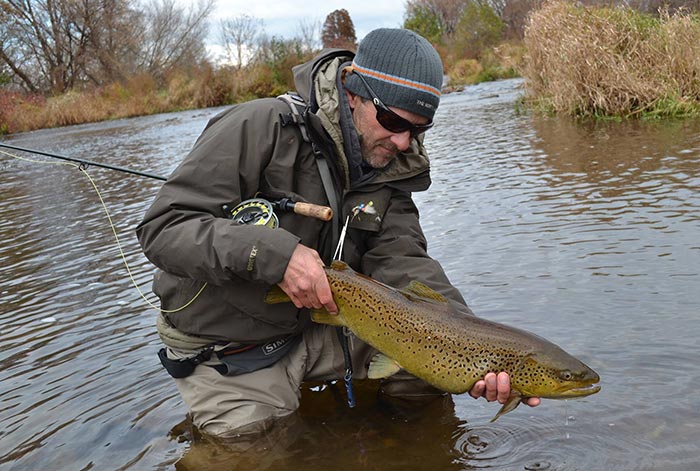 As the weather and water start to cool down in fall, a trout’s metabolism starts to heat up. While Colorado is perhaps best known for its world-class tailwaters, I am surrounded by freestone streams. Mother Nature is ultimately more in charge when it comes to the routine around freestones in the Rocky Mountains, and anglers need to be both adaptable and observant while hunting trout with a fly rod, especially in the fall.

The number of trout fishermen, as well as hatches, start to dwindle in the fall making it easier to find space and to fool more fish. While a great number of anglers put the rod away in favor of their hunting gear or begin the long winter’s chase for migratory fish, the trout are often preparing themselves for a significant change in the weather. As the hatches of summer start to dwindle, the trout are often looking to fatten up for the coldest months of the year or perhaps the spawn. Lucky for us, the menu is easier to read than it is during summer. Come fall, don’t over-complicate things, and the hunt for fish will be bountiful. 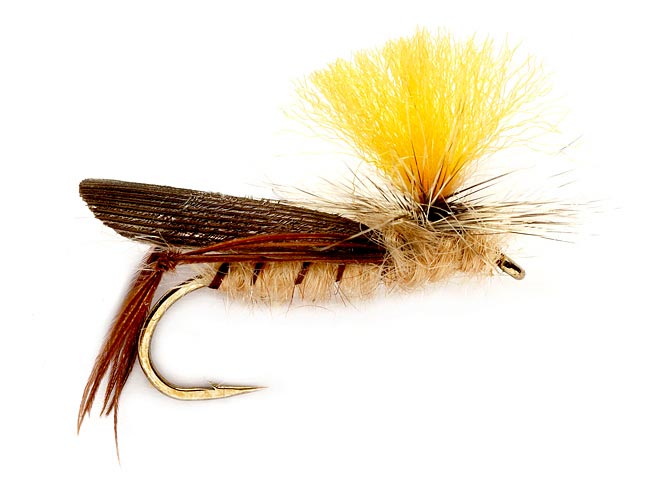 1. Schroeder’s Hi-Vis Hopper
I have always liked the Schroeder’s Hopper, but your favorite foam creature will work as well. Hoppers end up by the river in the fall after spending the hottest months at elevation riding thermals to the best grassy meadows. Cold nights begin to push the hoppers down to warmth, and they eventually find themselves in the warmest spots, often the banks of your favorite river or lake. Fish hoppers just before a hard frost.

2. Juju Baetis
This is my go to Baetis pattern, whether it’s spring or fall. The blue-winged olives of Fall are the most abundant mayflies on the menu, and since many fish are congregated in shallow riffles at this time of year, the Baetis are very convienent also. When the hatch is heavy, try a Juju Baetis in purple to make your fly stand out in a crowd. 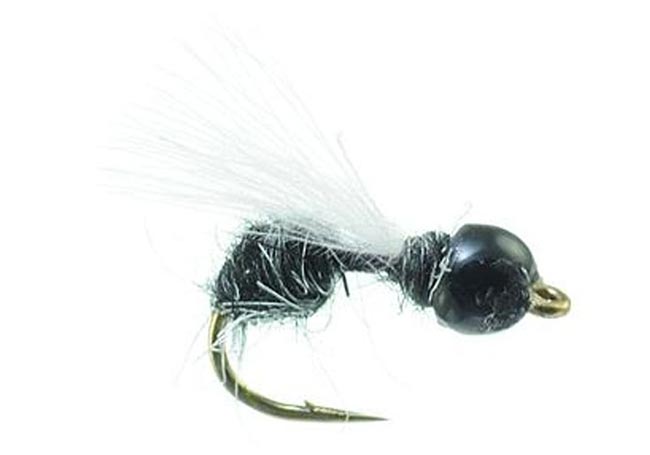 3. Drowned Ant
There have been very few times that I have sampled a trout’s stomach contents and not found an ant. They must be the ice cream of the trout world, or more likely, it’s simply because ants are very abundant. Shake a bush and watch them fall into the water, and you will see they tend to struggle and sink very quickly, so I prefer to put my ants down under, where the fish are more comfortable eating anyway. 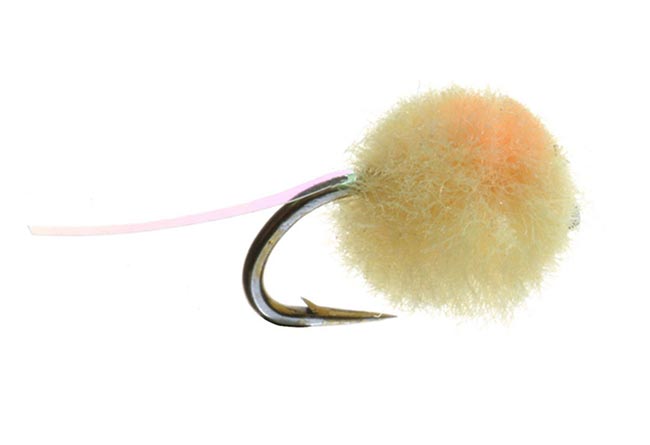 4. Flashtail Egg
Not all fly fishermen use egg patterns because they think it’s like cheating. While I guess you could debate whether it is a fly or not, it certainly is an imitation of a food source the fish see a lot of. I prefer them in chartreuse or Oregon cheese (shown above) in the fall to more closely represent the eggs of the spawning brown trout. 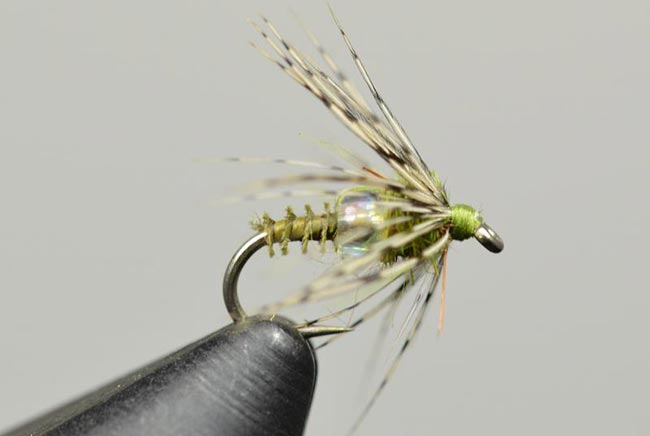 5. Soft Hackle Biot BWO
Soft Hackles are very effective patterns and work well fished in the film or deep. They are especially useful during the fall Baetis hatch, when the nymphs are very active prior to emergence. They are also handy in smaller sizes, as they can be fished during the very common cold-weather midge emergences. 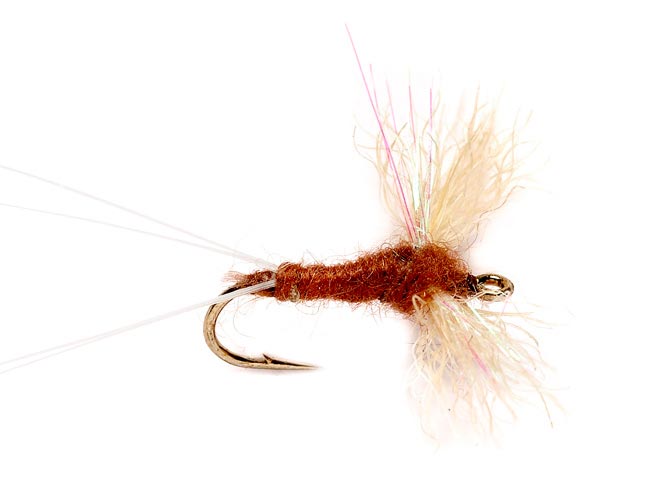 6. Spent Spinner
All good things come to an end. The life of aquatic insects is no different, and in my experience dead(ish) flies are an easy meal. And trout like things easy. Spent spinners are very effective in rust when actually imitating the spinner stage, but cripples can have the same spent-wing profile and the body color of the dun or nymph. Try spinners in different colors, and include a tungsten bead as dead bugs don’t swim; they sink down to where the big boys live.

7. Renegade
Call it what you want: a midge cluster, mating BWOs, or a ball of Tricos. Fish it how you want: as a greased trailer behind a bigger dry or sunken along with your favorite nymph pattern. These old-school imitations work wonders around the last big foam slicks of fall. 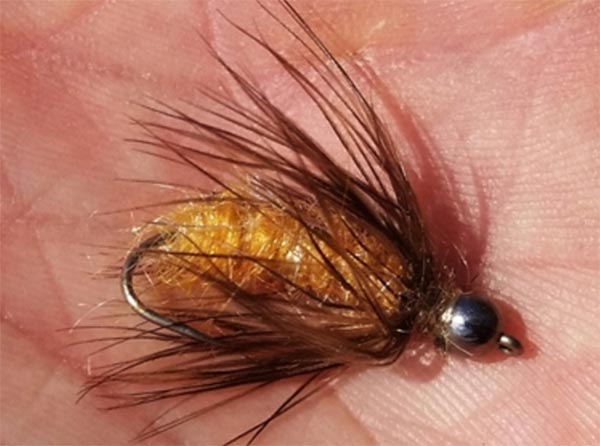 8. October Caddis
Don’t wait until October to start fishing these tasty morsels. They start to move around here in the mountains of Colorado as early as August, and some years they can be abundant. Tumbling your favorite big pupa pattern along the bottom prior to emergence in fast water can be deadly, as the adults are more nocturnal. Try them in Yellow, Cream, and even Chartreuse and as big as size 8. 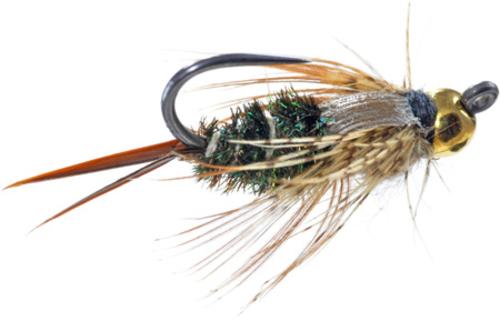 9. Jig 20-Incher
Stoneflies are always around, and Trout seem to love them. Try them in smaller sizes in the fall because stoneflies don’t begin their three-year nymph life as a size 4, after all. Fish are used to seeing smaller stoneflies after the adults of the year have disappeared from the bottom. I highly recommend heavy jig-style patterns during the low-water months of Fall. 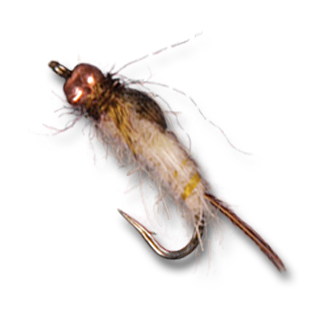 10. Mercers Poxback BWO
The dark epoxy back wingcase on this pattern is a good trigger for Baetis about to hatch, and I believe fish key on it. I often fish the PMD version during the Baetis hatch because its yellowish- olive hue tends to contrast the dark wing case better and maybe help it stand out.

Bob Streb is an Independent Guide in the Vail area of Colorado. He can be found often working for Orvis-endorsed Fly Fishing Outfitters and Sunrise Anglers, among others in Central Colorado,