Montana is blessed to have the Bighorn, Madison, Missouri, and Beaverhead as some of the top tailwater fisheries in the world, all within a day’s drive. Having spent the past 14 years guiding and fishing around the state, I have sampled and fished a lot of fly patterns on these rivers, and I have come up with a collection of patterns that these fish prefer across the board. These are Montana’s top 10 Tailwater Nymphs, time-tested by several guides and shop cohorts and me. 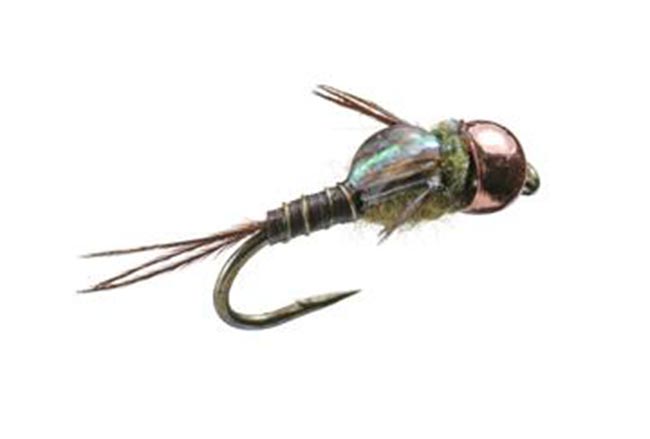 1. Micro May
This stubby little mayfly nymph has been around for a while and still is my go-to pattern as both a dropper and on a double-nymph rig. With its thin quill abdomen and thick thorax, the profile is quite different than what you will see on many mayfly nymph patterns, but the fish seem to really dig it. Fish this one in brown, olive, and red. 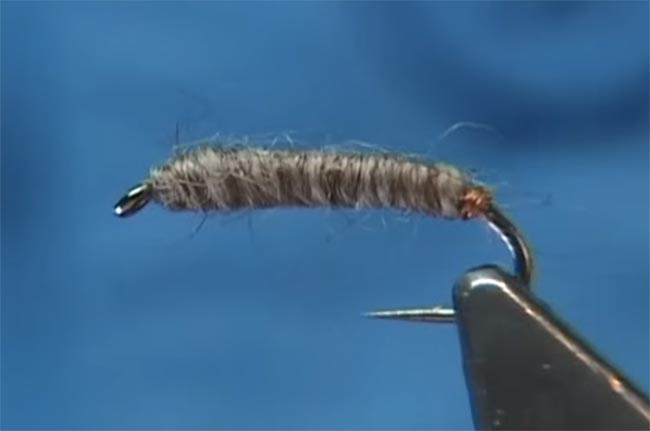 2. Killer Bug
A Frank Sawyer original pattern, this simple nymph’s effectiveness lies in its ability to imitate sowbugs, scuds, and caddisfly nymphs. The original Chadwicks 477 yarn is near impossible to get, but there are some great substitutes out there. Tie this pattern with a soft hackle collar as well for another killer variation. 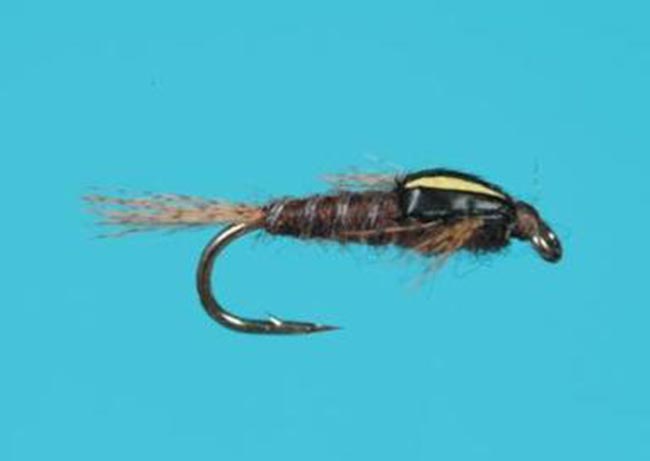 3. Split Case PMD
This innovative pattern is a must have for any PMD hatch situation. The “hot spot” of the yellow foam on the back is a trigger for fish feeding on drifting PMD nymphs prior to emergence. This unique nymph works surprisingly well for a BWO nymph, in the same color scheme. 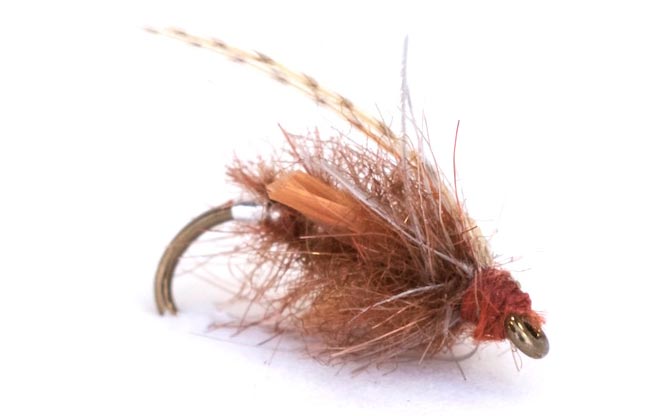 4. Translucent Caddis Pupa
This is one pattern I’m surprised to not see more shops carry, as it is deadly. It can also double as a diving caddis and is an awesome dropper anywhere most caddis are found. A sneaky tip is to grease this bug and fish it in the film for picky pupae-eating fish. 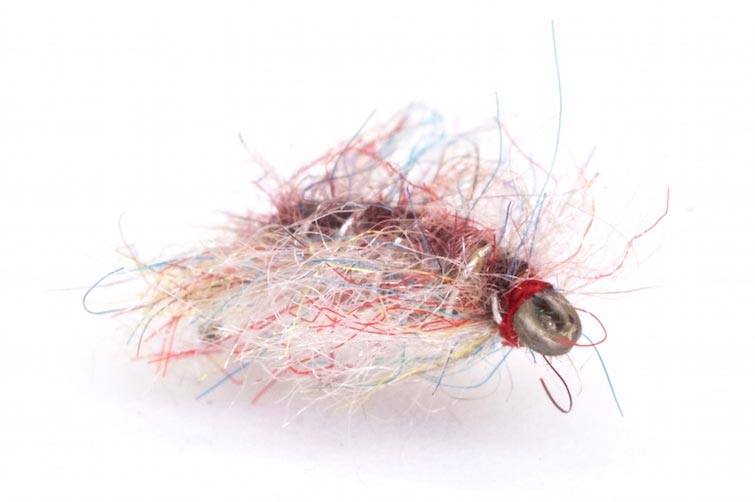 5. Tailwater Sowbug
A very simple, yet highly effective sowbug imitation. This guy features Rainbow Dub body for a spectrum of fish catching colors. I like tying this bug with a Firebead, as well. 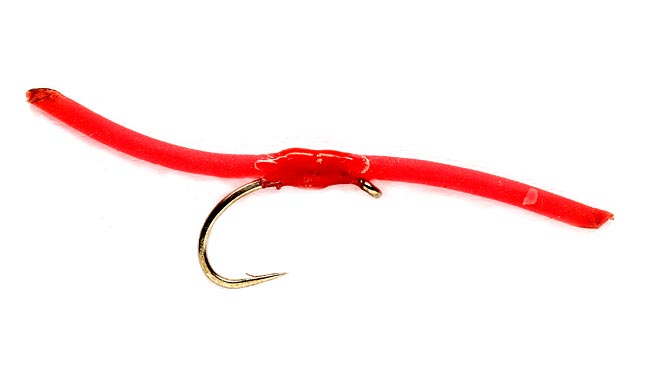 6. Shaky Worm
When I first saw this pattern, I thought it was a joke, but the Shaky worm “crushes” fish. I’ve never seen an indicator dive so hard when fish are after this worm pattern. They don’t have the longevity of many patterns, but they sure get the job done when trout are keyed in on the earthworm hatch.

7. Tung Teaser
I like to think of this as an “improved” Zebra midge. This pattern works awesome during Baetis, Trico, and midge hatches. The tungsten bead drops it quickly, so it is equally effective as a dropper. 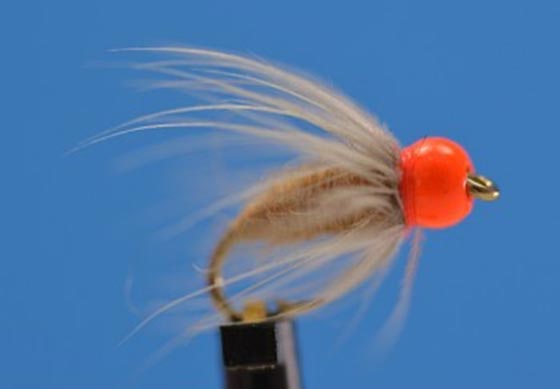 8. Firebead Softhackle Sowbug
The firebead craze has created a whole lineup of new tailwater patterns, and the fish seem to love them. The standard soft-hackle version is one of my favorites because of the ability to customize the body. From Ice Dub to plain rabbit, there are many possibilities. This pattern seems to work anywhere where scuds or sowbugs are found and might work pretty well as an egg.

9. JuJu Baetis
One of the most realistic mayfly nymph patterns, the JuJu Baetis and its predecessors are great patterns for several mayfly hatches. The straight black version matches our dark male Baetis nymphs on the Bighorn perfectly. 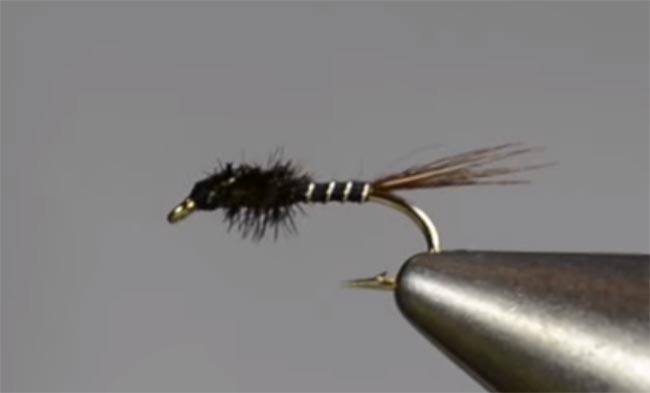 10. Black Quill Nymph
The Quill Nymph features an ultra skinny profile and just enough flash to fool the pickiest of fish. Keep this pattern sparse, which is the main trick to the effectiveness of this bug. We also fish a glass bead version of this pattern, which is extremely effective when fish get feeding heavy on the emerging Baetis nymphs.