[Editor’s Note: During this first full week of 2014, we’re counting down the Top 10 Posts of 2013. (Although, since the Friday Fly-Fishing Film Festival is almost always the most-read post of each week, we’ll disqualify the F5 from this contest.) We’ll repost two of the Top 10 per day, leading up to our announcement of the most-read post, on Friday afternoon. So stay tuned all week to see what resonated most with Orvis Fly Fishing readers last year. Let’s kick things off with #10, a television commercial focused on a group of anglers on the water. Someone forgot to include an actual angler on the set, however.]

Fly fishing has entered the public consciousness in many ways in recent years, especially in advertisements. Here’s a new television ad for a Canadian lottery game called Lotto 6/49. It shows a bunch of guys enjoying the good life on the river after they hit the jackpot. There’s just one problem: an egregious error in the depiction of fly fishing itself.

Can you spot the mistake? 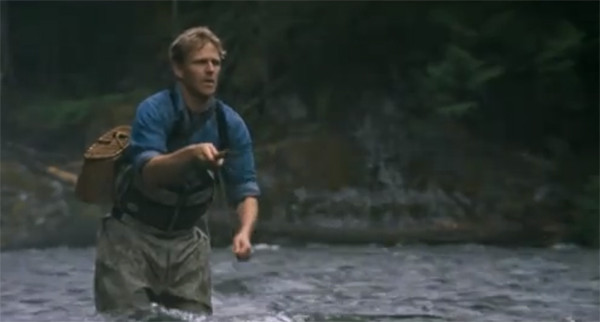