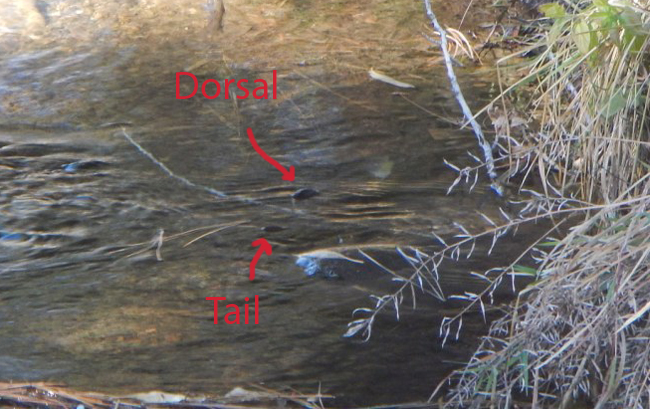 Hey look: A nice trout right against the bank!
All photos by Doc Thompson

[Editor’s Note: During this first full week of 2014, we’re counting down the Top 10 Posts of 2013. (Although, since the Friday Fly-Fishing Film Festival is almost always the most-read post of each week, we’ll disqualify the F5 from this contest.) We’ll repost two of the Top 10 per day, leading up to our announcement of the most-read post, on Friday afternoon. So stay tuned all week to see what resonated most with Orvis Fly Fishing readers last year. Here’s #3, which focuses on a cool, on-the-water oddity discovered by a longtime fly-fishing guide.]

Over Veterans Day Weekend, I had the privilege of guiding Matt and Mike, two Army helicopter pilots who had recently returned from the Middle East. We were fishing the tail end of the fall Baetis hatch on the Cimarron River here in New Mexico, and a good number of browns were rising. As we discussed the best approach to fish a bubble line, I noticed the tail and dorsal fin of a trout near the shallow bank. I pointed this out to Matt. We eased over a couple steps and confirmed that it was the tail and dorsal fin of a nice brown. I pulled out my camera in anticipation of getting a “Kodak Moment” of the trout sipping in Matt’s dry fly.

We then noticed the back ¾ of the fish was dark but the head area was really light colored, an odd color pattern for a brown trout. I zoomed the camera in to take a picture just in case we didn’t get to see the fish up-close in person. 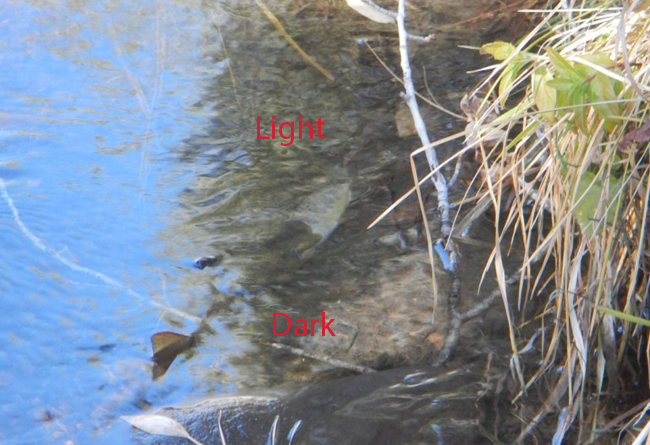 This really had me wondering. We eased up a few more steps to hopefully get a closer look. As we got closer we could clearly see this was not an odd colored brown trout but a brown trout stuffing itself with another brown trout. 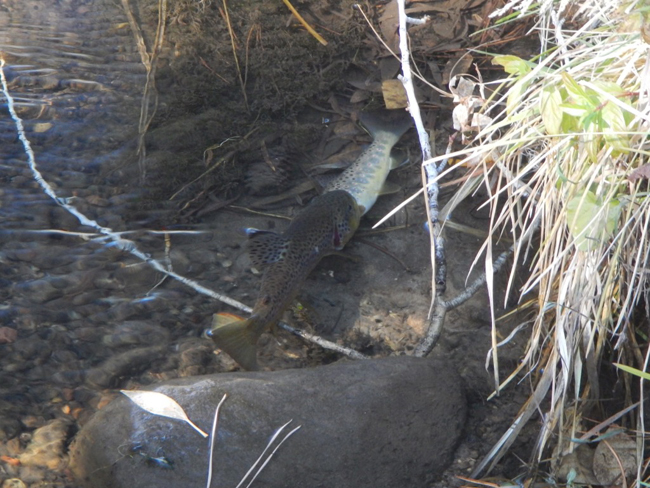