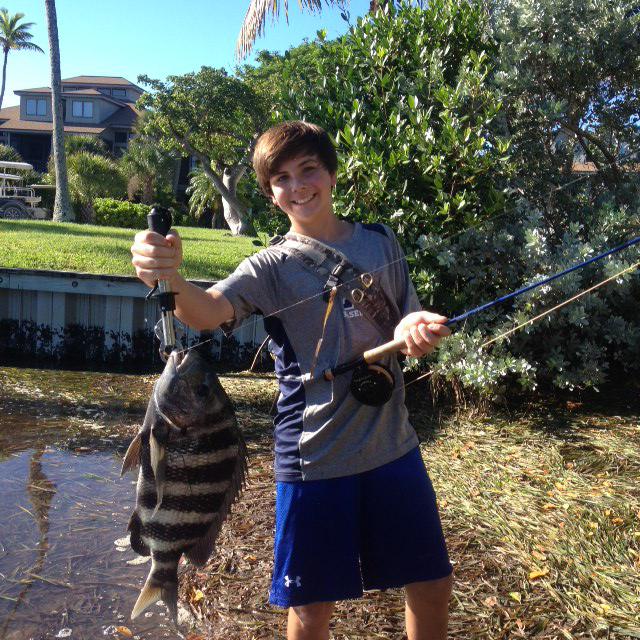 Sometimes youngsters don’t know how difficult something is, so they try anyway. . .and succeed.
Photo courtesy Van Dodgen

[Editor’s Note: During this first full week of 2014, we’re counting down the Top 10 Posts of 2013. (Although, since the Friday Fly-Fishing Film Festival is almost always the most-read post of each week, we’ll disqualify the F5 from this contest.) We’ll repost two of the Top 10 per day, leading up to our announcement of the most-read post, on Friday afternoon. So stay tuned all week to see what resonated most with Orvis Fly Fishing readers last year. Here’s #8, in which a young angler managers to catch a fish that has eluded many fly fishers three or four times his age.]

Young Van Dodgen (whom we’ve posted about before) sent in this great pic, along with the story behind it:

I had been skunked for two days on Florida’s Captiva Island, and I could see these guys right under the dock. I tried every fly in my box, until I finally tied on a tiny crab pattern. Dropped it right in front of the fish’s face and stripped a few times, before the fish just inhaled the fly. A few days later, I hooked a bigger one on the same fly, but broke me off on 14-pound test.

I showed this photo to Tom Rosenbauer, who said that sheepshead is one of the toughest fish to catch on a fly—”right up there with permit.” Florida Times-Union columnist Joe Julavits agrees.