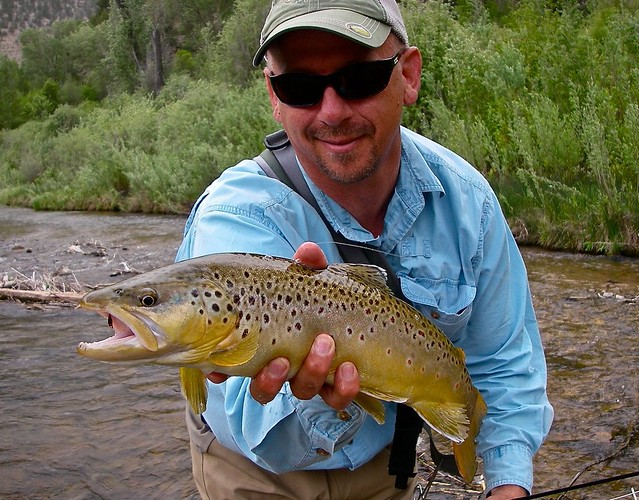 [Editor’s Note: During this first full week of 2014, we’re counting down the Top 10 Posts of 2013. (Although, since the Friday Fly-Fishing Film Festival is almost always the most-read post of each week, we’ll disqualify the F5 from this contest.) We’ll repost two of the Top 10 per day, leading up to our announcement of the most-read post, on Friday afternoon. So stay tuned all week to see what resonated most with Orvis Fly Fishing readers last year. Here’s #9, in which a guide explains why you should do as he says, not as he does.]

I was was nine years old when my brother Scott gave me some advice I’ve applied to all sorts of things since then. On that Saturday, we were playing catch after watching our beloved Red Sox on NBC’s Game of the Week when I made an imaginary relay throw pretending to be the Red Sox shortstop, Rick Burleson. Scott, who was already a high school star, caught my near-perfect throw and proceeded to chew my butt for throwing side-armed.

“But Burleson throws side armed,” I objected.

At this, Scott walked right up to me, pointed the finger of his ungloved hand at my nose and said, “He’s not a pro because he can do it; he can do it because he’s a pro.” After giving me a few seconds to process this profundity, he spoke again—in a slightly less intense tone—and explained how throwing overhanded reduces the number of variables in calculating a release point:  Overhand throws can miss high or low, but done properly the ball doesn’t end up right or left.

The importance of mastering the basics, as taught by my brother that day, has application in a lot of arenas, not the least of which is fly fishing. I’ve listed below six things that my fellow professionals in our fair sport, namely guides and instructors, do regularly that others might best avoid.

There are easily more than six things the pros do that don’t bear imitation. In most cases, the pros will be the first to tell you what those are; in the end, that’s what their profession is all about. In this case, it’s almost always better to do as I say, not as I do.