I recently had the good fortune of spending a week in Belize fishing at El Pescador Lodge with my good friend and colleague, Bruning Rangel. Bruning manages the Orvis Boulder (CO), and he and I both brought groups of our customers (though we prefer to call them friends) with us for the June, 2013 Belize Bonefish Bonanza. 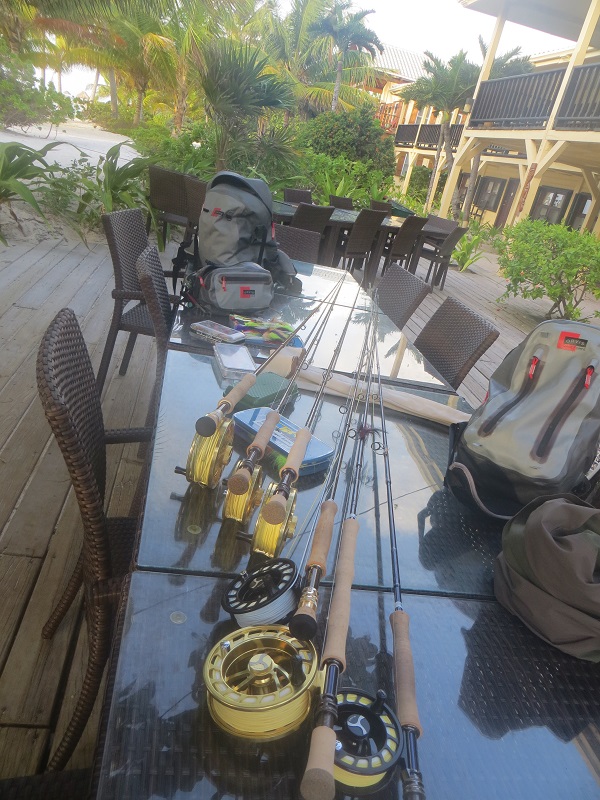 We were well prepared, with an arsenal of rods for big-game species.
Photo by Dan Davala

While Belize is deservedly well known for its plentiful and reliable bonefishing, Bruning and I had permit and tarpon on the mind and chose to spend our time hunting for that one big fish instead. Big-game hunting with a fly rod is always a gamble, and it’s definitely an all-in proposition. When everything lines up, you can have a shot at that famed “fish of a lifetime,” but you can just as easily travel halfway around the world only to get skunked! There simply are no guarantees when dealing with wild things. 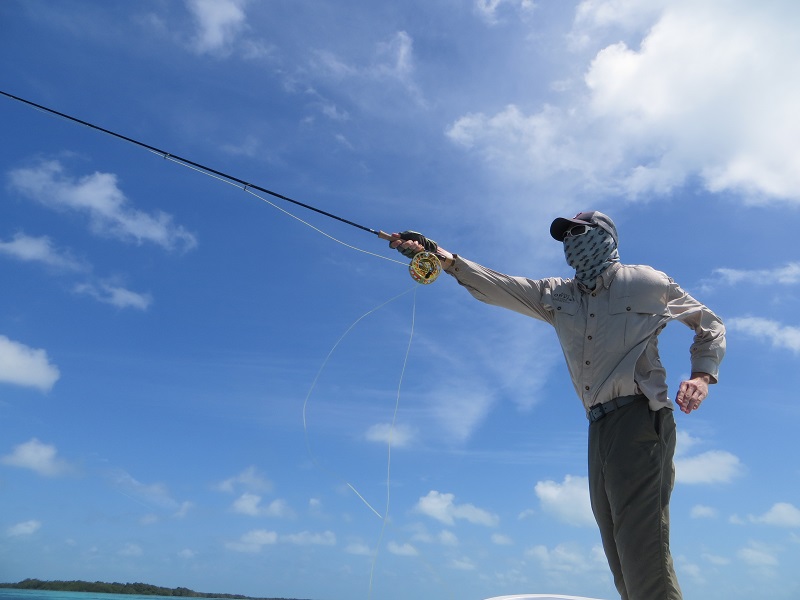 Flats species can test your skills, but there’s the occasional easy target, too.
Photo by Dan Davala

We fished with Capt. Emir Marin, known at the lodge and locally as “The Permit King.” He has more Grand Slams on the board at El Pescador than any other guide on staff. If anyone is going to put you on permit, Emir is the man!  Each morning by 5a.m. we were riding shotgun on Captain Emir’s panga, cracking the first Belikin of the day while blasting across the flats.  Bruning and I came armed to the teeth and ready for anything with a full quiver of outfits in 8-, 10-, and 12-weight rigged and ready for bones, permit, tarpon, and ‘cudas. 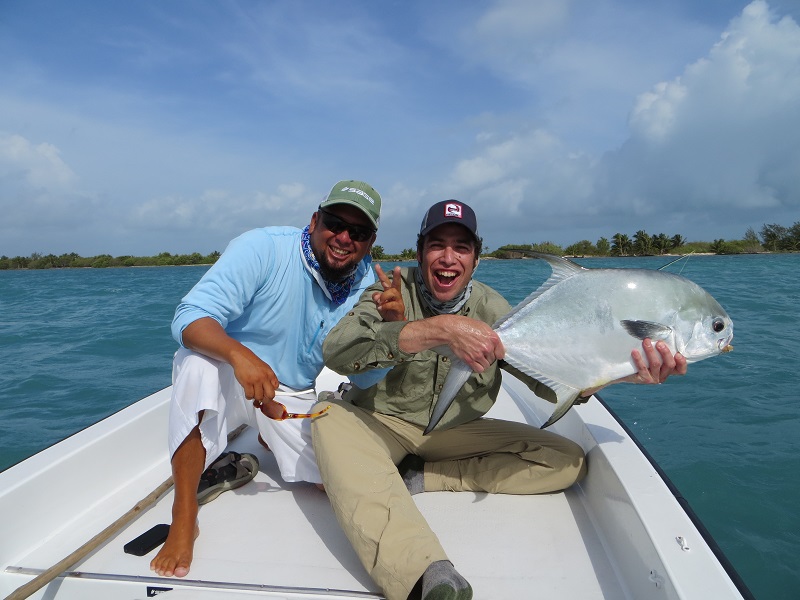 As challenging as this type of fishing can be, sometimes the shot can come right at your feet. On the very first day, just as we arrived at a prime permit location, Bruning took the bow and began stripping line off of the reel. Within seconds, a permit showed up no more than 20 feet from the skiff, and Bruning made it count, delivering the size 4 Grand Slam Crab right on target. One cast, one eat, and it was off to the races. Guide and angler worked seamlessly. Emir kept the boat and therefore the permit a safe distance from a mess of exposed pilings while Bruning put the “wood” to it. Twenty minutes later, he was holding his prize and gave it a big old smooch on the lips. After tagging the permit, we watched its sickle-shaped tail disappear out of sight as it swam back into the blue.

Dan waits. . .and waits. . .for his shot at a permit or tarpon.
Photo by Dan Davala

Two days later, it was Bruning at bat again when we found some tarpon in clear, shallow water.  After several great shots, long follows, and refusals, we changed up the fly to a Hot Flash Minnow in Mackerel, which was promptly engulfed on the very next cast! Bruning strip-set the fly perfectly and was fast to a bright silver bullet that was instantly airborne, over and over. Jump after jump, he did everything right, bowing to each leap and putting heavy, even pressure on the fish, keeping it off balance throughout the fight. In short order the tarpon was whipped, and Bruning was in the water kissing another great fish.

Bruning repays this tarpon for its aerial acrobatics.
Photo by Dan Davala

Back at the bar that evening, we played the footage on the flat screen, and everyone who gathered to watch could not contain their oohs and aahs every time the fish launched clear of the water. We all sat up late that night, recounting stories from the previous three days of fishing. All of our friends who took the trip with us had succeeded in their goals, catching too many bonefish to count including the first for many. While both big fish on our boat went to Bruning this time, I knew I had done exactly what I had come to do as well – I went hunting with a fly rod. And I plan to return to El Pesacador to hunt these fish many times again.

There’s only one way to celebrate success in Belize.
Photo by Dan Davala

Dan Davala is the Fishing Manager at the Orvis Arlington (VA).  He is a Certified Master Casting Instructor, and the founder of Tidal Potomac Fly Rodders, a vibrant fly fishing community in the Washington, D.C. area.

If you’d like to experience this incredible fishery and lodge, or participate in one of our Bonefish Bonanzas or Saltwater Seminars, visit Orvis Travel.